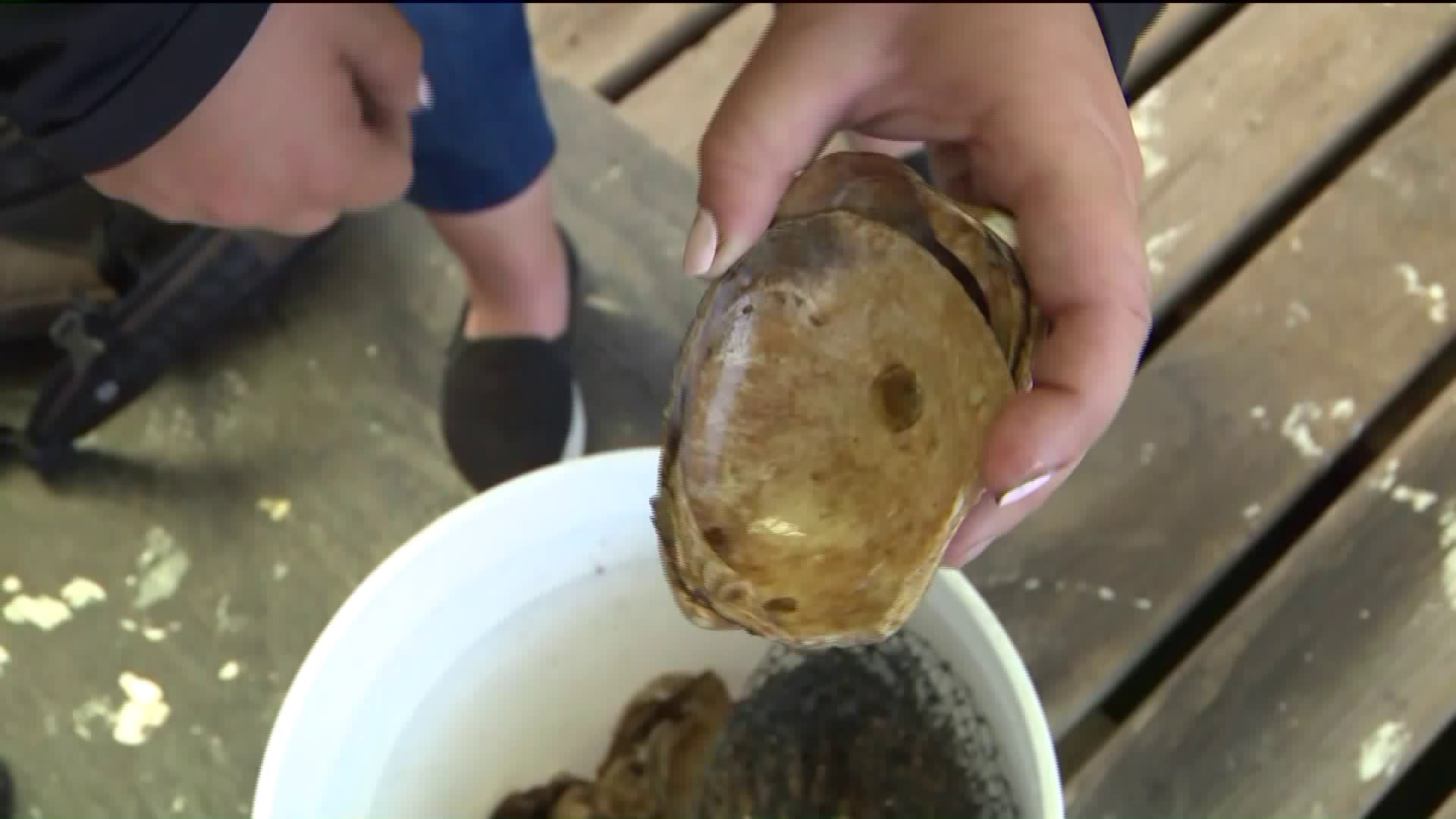 It’s the biggest shellfish installation in the history of New York, and it may be the answer to protecting the city from storm surge while keeping our waters clean.

It’s the biggest shellfish installation in the history of New York, and it may be the answer to protecting the city from storm surge while keeping our waters clean.

Dating back to the 1600s, oysters have a big part of New York City's food economy. But, times have changed, and the oyster economy is no longer booming like it once was. Why? Because of things like pollution and overharvesting.

With climate cha​nge a major concern, tropical cyclones are expected to be bigger and more powerful as we saw with Superstorm Sandy. Bringing back these ecosystem engineers could be the answer to protecting our planet.

That’s why the Billion Oyster project, the New York State Department of Environmental Conservation, and students from the NY Harbor School on Governors Island are working together to restore Oyster reefs. The now-six year project has already led to progress.

The plan is to release 15 million oysters, settled on recycled shells from NYC restaurants, into a 5 acre installation in the New York Harbor.

It's an epic feat with a big upside, because oysters are great filtration devices. In fact, every single oyster can filter 30 gallons of water a day.

But don’t get it twisted. These particular oysters are not meant for human consumption. They’re meant to clean the harbor, which is one of the largest natural harbors in the world. It's located at the mouth of the Hudson River, where it empties into New York Bay and the Atlantic Ocean.

The shellfish are cured for about a year and later become the foundation of the reef. The teams rely on precise GPS locations of where wind speeds are favorable when placing them in the water.

Once crates of recycled oysters are submerged into the waters, they’ll remain there for about the next few months and then testing will be done to check their progress. Then the process repeats.

While there’s no doubt that rebuilding this natural habitat will take time, the project’s success so far does provide hope for the future.