History being made: NASA, SpaceX and the astronaut leading the mission are heading for the history books 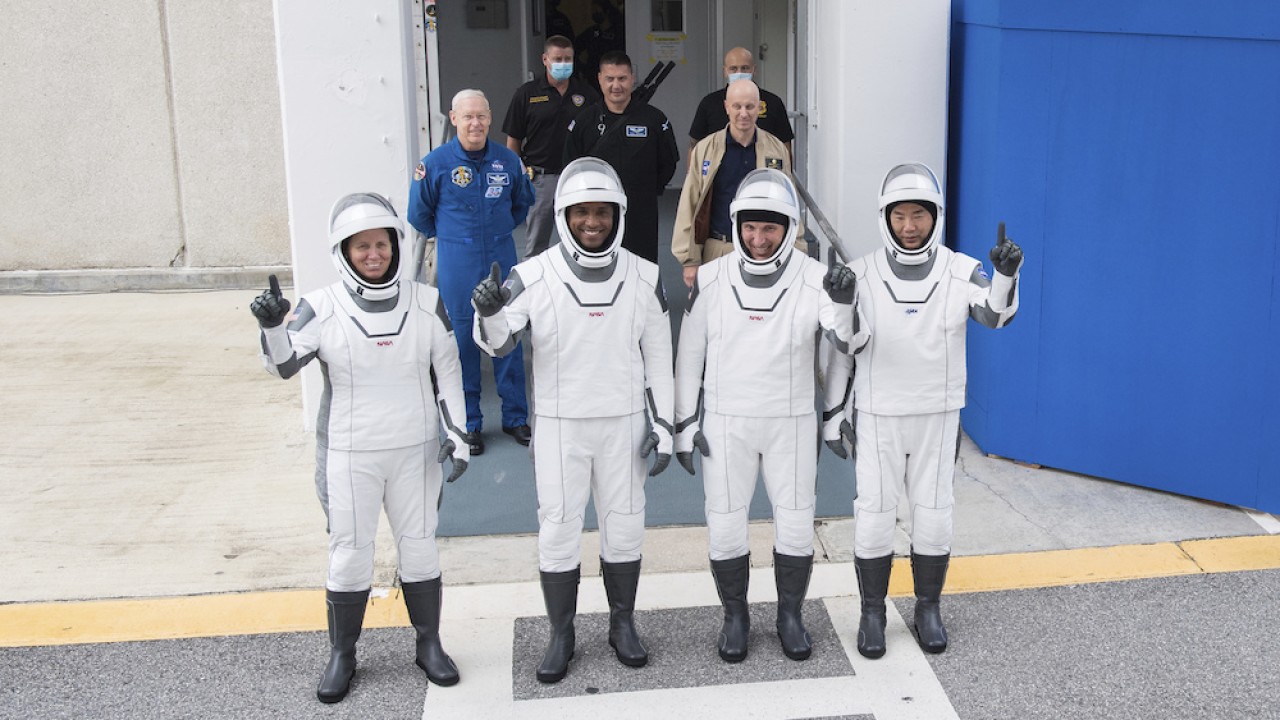 Stacy-Ann Gooden introduces us to Victor Glover, an astronaut with an exciting story.

NEW YORK — It’s the start of a new era in space exploration, with NASA teaming up with SpaceX to launch Crew-1.

The astronauts began their 27-hour journey to the International Space Station from Kennedy Space Center in Florida on Sunday before docking on Monday.

Not only is it the first operational commercial mission to the International Space Station, but one crew member is also making history.

Victor Glover is just the 15th African American to go to the ISS, and he'll stay there longer than any of those that came before him.

The 44-year-old navy commander, aviator and test pilot was chosen in 2013. He began his six-month journey over the weekend with his crewmates — NASA astronauts Mike Hopkins, Shannon Walker and Japan's Soichi Noguchi — aboard the SpaceX Crew Dragon capsule "Resilience."

The crew will be hard at work finding ways to improve diet and health in space. They’ll also grow vegetables. These experiments will be coordinated at NASA's Marshall Space Flight Center in Huntsville, Alabama.

But they do face some challenges. In addition to the complexities of being in outer space, COVID-19 also creates some hurdles.

The pandemic requires the team to schedule some members to work remotely, in order to maintain proper distancing. The increase in space station crew members necessitates additional staff on-site, requiring the team to determine the best way to have the needed staff in the Payload Operations Integration Center, while keeping everyone spaced out and safe.

Despite these obstacles, the mission is a success according to NASA. Glover and his crewmates are set to remain over 250 miles above the Earth aboard the ISS until spring.