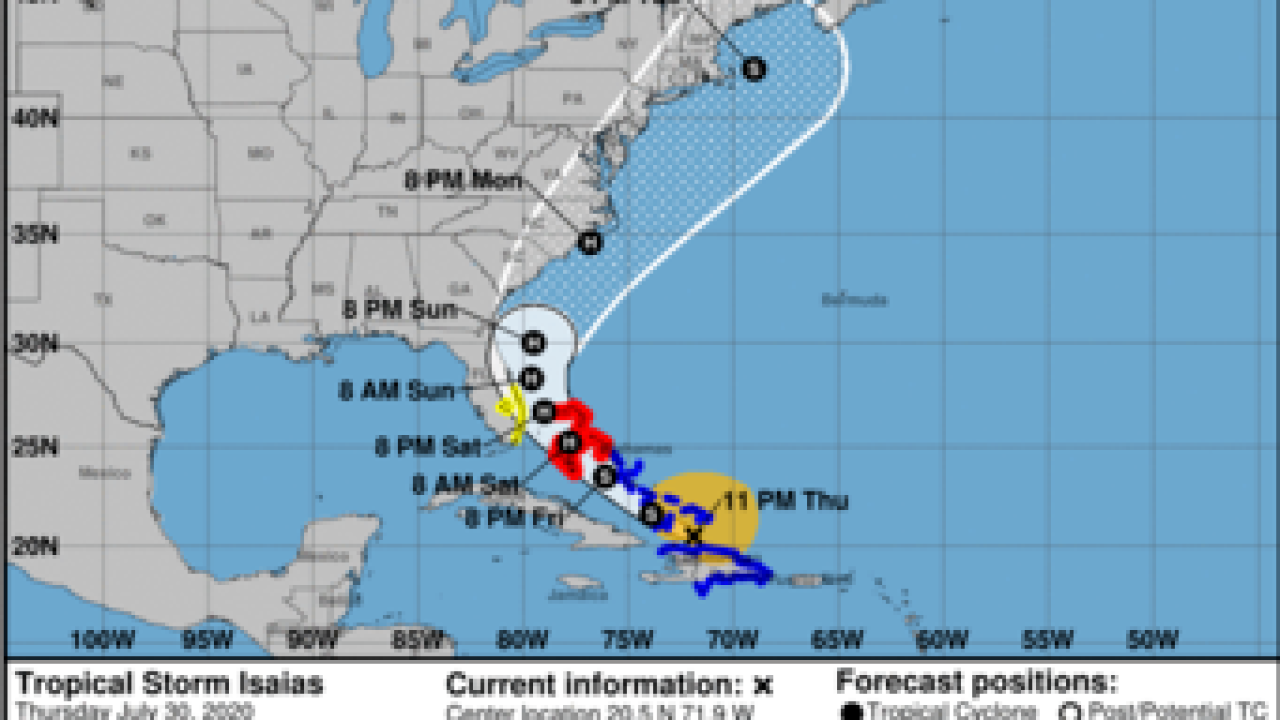 SAN JUAN, Puerto Rico — Tropical Storm Isaias has knocked out power and caused flooding and small landslides across Puerto Rico and the Dominican Republic as forecasters predict it will strengthen into a hurricane while moving toward the Bahamas and U.S. East Coast.

Isaias was centered about 95 miles (southeast of the southeastern Bahamas late Thursday afternoon.

It had maximum sustained winds of 60 mph and was moving northwest at 18 mph.

Rain turned several streets into fast-flowing rivers and toppled trees and some telephone and electrical cables in Puerto Rico.

The National Guard rescued at least 35 people in the U.S. territory, including two newborns.