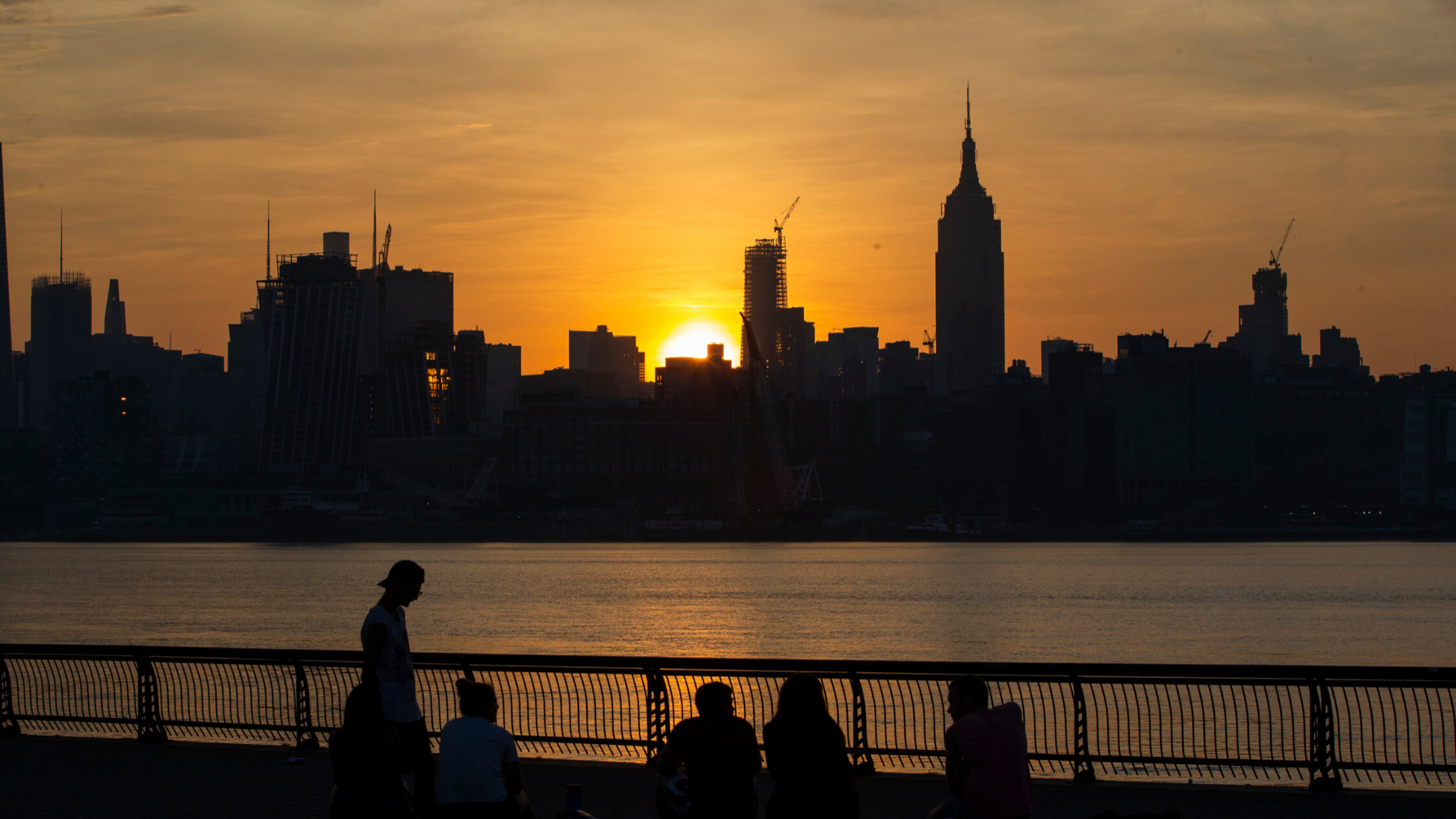 Tomorrow, it looks to be rain free, but Mr. G says get ready for some showers this weekend. 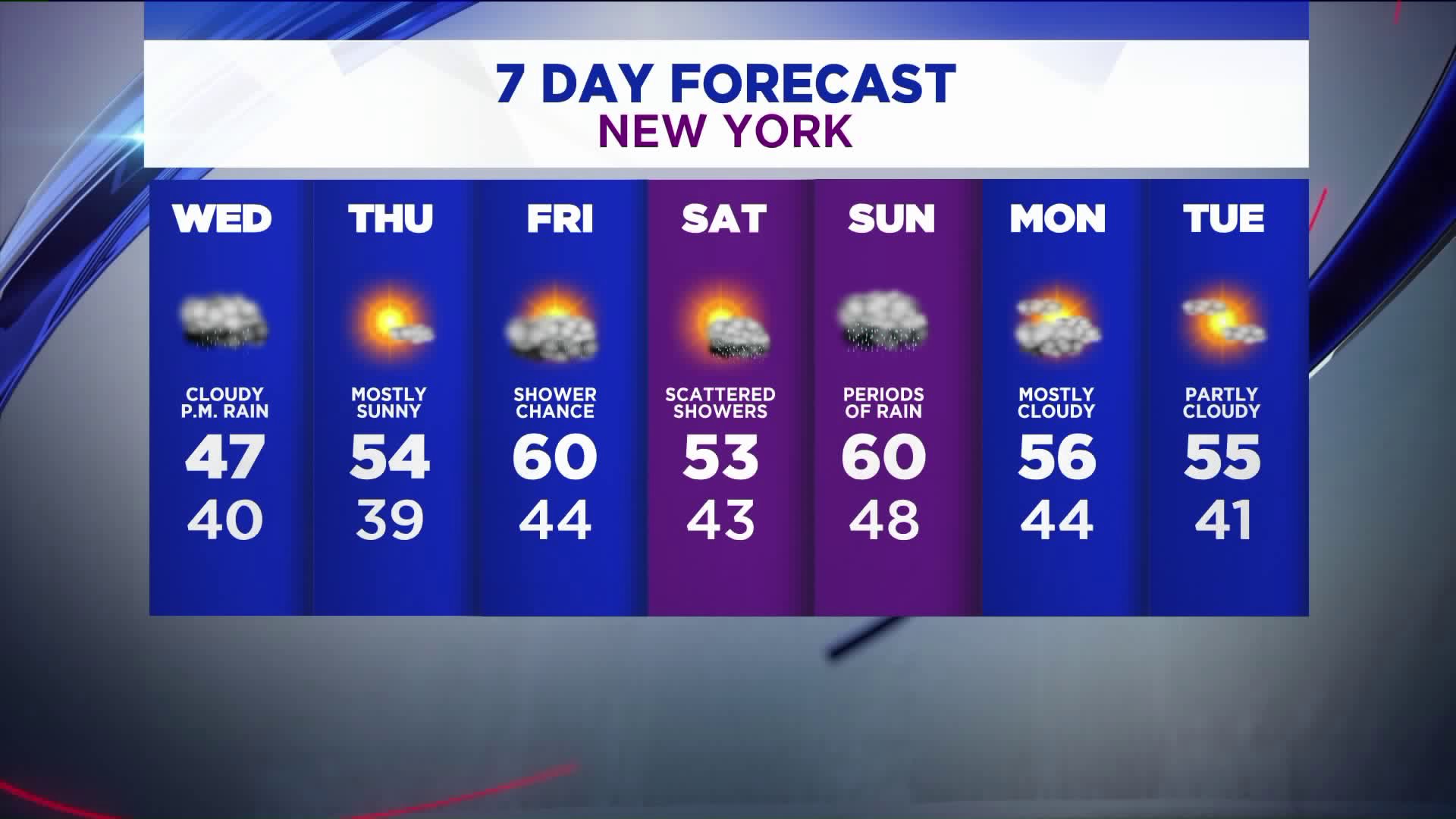 NEW YORK — After a dreary Wednesday with clouds and a few light showers, high pressure will roll into the region allowing skies to clear out for Thursday.

Unfortunately, it won't last long, as another system brings the shot of some more showers on Friday.

A few lingering sprinkles will be around early Wednesday evening as low pressure off the coast passes well south and east of the region. Skies will then clear out as we head into the overnight hours as high pressure starts to slide into the region. Temperatures will be in the upper 30s.

Thursday will be a very nice day with lots of sunshine through much of the day. That sun will help bring temperatures back up into the 50s, possibly hitting 60s for areas west of the city.

A quick-moving wave of low pressure will slide through the region late Thursday night into Friday morning bringing some more rain.

Rainfall amounts look to be rather light with around of 1/10 of an inch. Skies will clear out during the afternoon with highs in the mid 50s.

A more vigorous storm will move across the country during the weekend. In the tri-state area, showers may move in during the latter part of Saturday as a warm front approaches.

The risk of showers will continue heading into Sunday until the trailing cold front passes during the latter part of the day. Depending on the track of the low, temperatures will widely vary during the weekend, from the mid 50s to potentially the upper 60s.