The heat continues but storms are coming 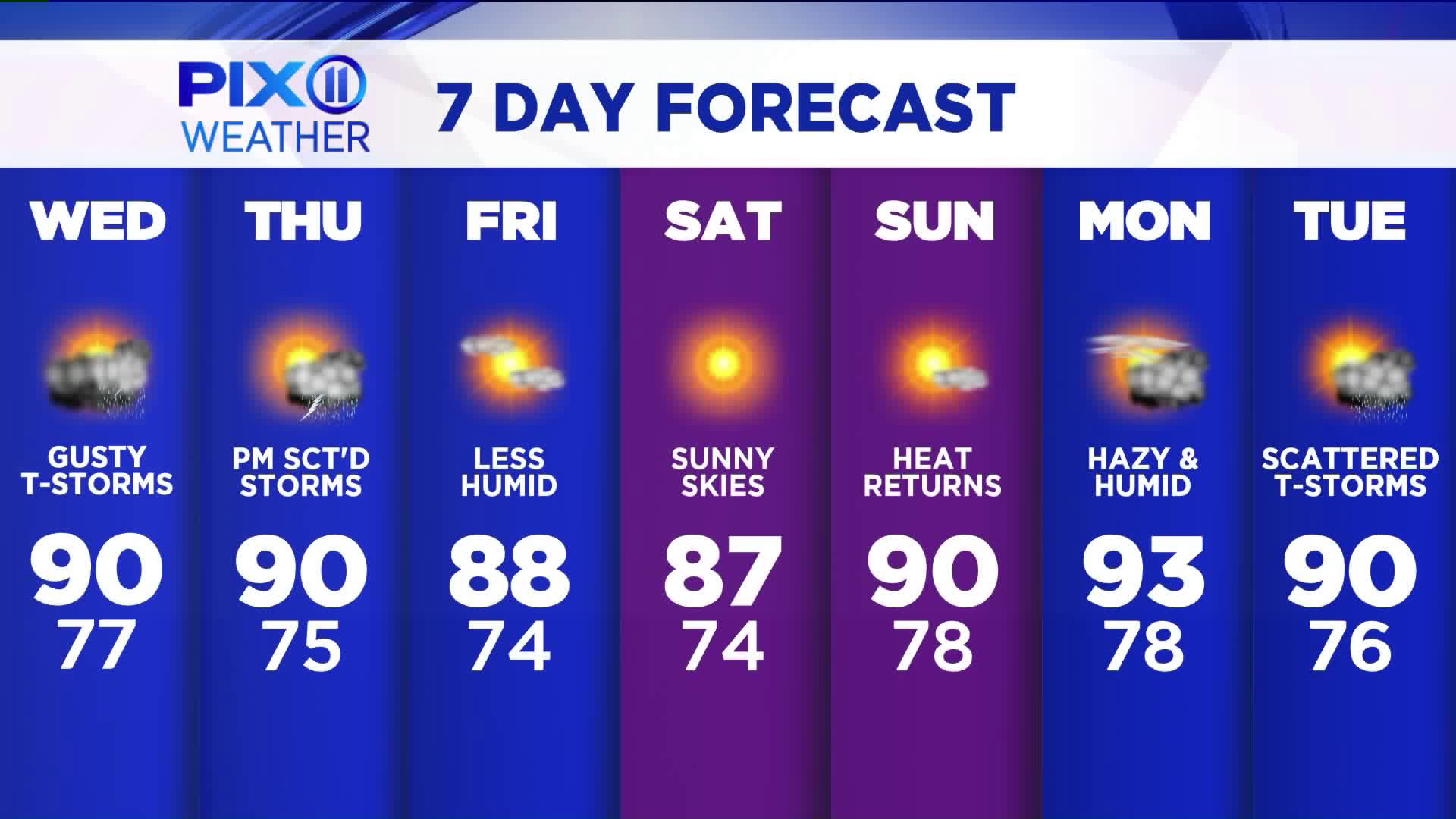 Mr. G has some storms in the forecast but a clear weekend.

NEW YORK — On Tuesday, temperatures soared back into the 90s for the fourth day in a row.

At least the humidity backed off making the hot day more tolerable. A warm front will lift through the region and not only bring back the humidity for Wednesday, but also the risk of strong to severe thunderstorms.

A Heat Advisory has been issued for parts of New Jersey as it may feel closer to 100 degrees before the severe threat for thunderstorms arrives.

It will be partly cloudy Tuesday night, but a frontal boundary to the south will lift to the north. That could bring the threat of a shower or thunderstorm during the overnight hours. Also, it will bring the humidity back up for Wednesday.

Overnight temperatures will remain very warm with lows in the low to mid 70s.

Wednesday will be a hot and uncomfortable day as temperatures climb back toward 90 degrees. The higher levels of humidity will make it feel more like the mid 90s in the city. It will be very tough in New Jersey as heat indices approach 100 degrees for some.

Scattered showers and thunderstorms will develop late on Wednesday and it could be on the severe side. The main threat that these storms could produce will be damaging winds, but the risk of hail and even a tornado cannot be ruled out.

These storms should diminish Wednesday night, but the risk may return on Thursday afternoon as the trailing cold front will slowly cross through the region. Again it will another hot and humid day with temperatures around 90 and the heat index climbing to the mid 90s.

The heat and humidity should ease off by Friday as an area of high pressure slides into the region. It will stay warm as temperatures top out in the upper 80s.

Expect more of the same on Saturday with highs in the upper 80s, but the heat should make a return for the latter part of the weekend. Southwesterly winds will bring temperatures back up to around 90 for Sunday.