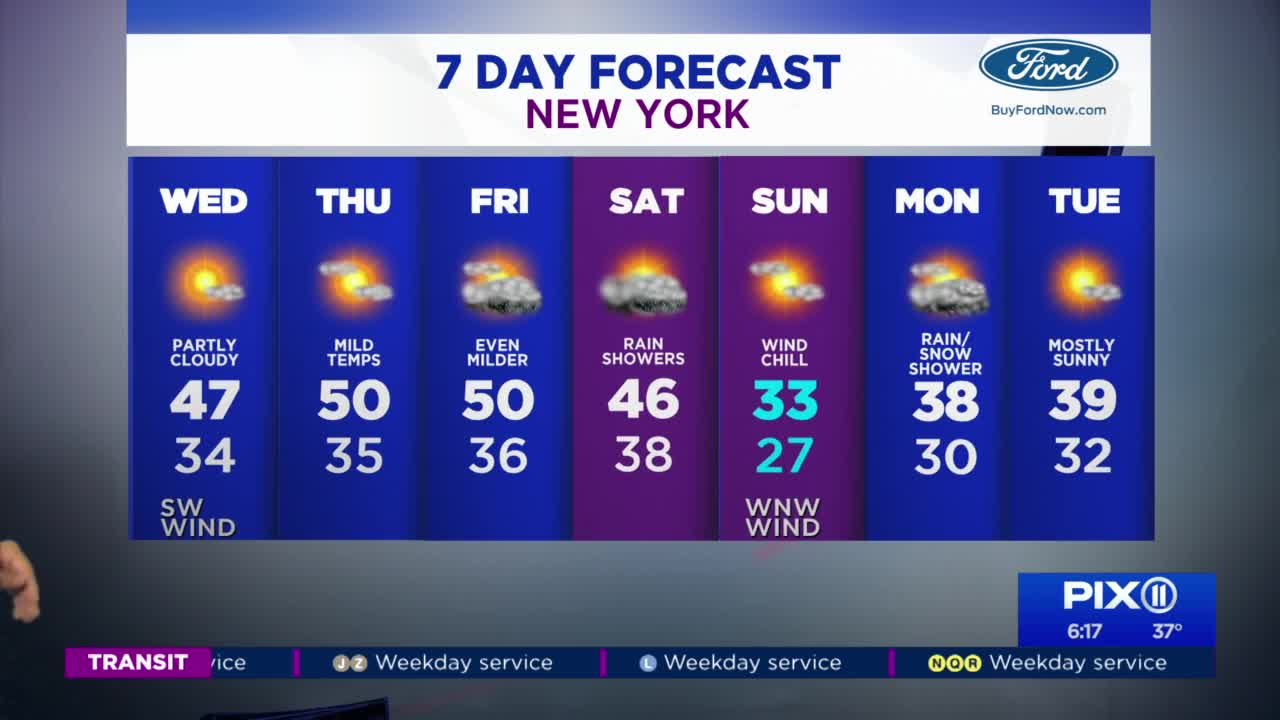 High pressure will continue to move closer to the region Wednesday, keeping above average temperatures over the area. We can expect partly cloudy skies Wednesday afternoon with a high temperature of 47 in the city, mid-40s in the suburbs.

NEW YORK — In terms of weather, January has been rolling on by with what has been a very tranquil stretch. No rain has been reported since Jan. 4 and the temperatures have been running over 3 degrees above normal.

A slight warm-up is in store for the latter part of this week and we could see the dry trend come to a close by Friday night as a storm system finally brings some rain.

Wednesday will feature a good deal of sun for much of the day. We should see temperatures climb into the mid 40s across the area, with a high temperature of 47 in the city.

A few clouds will increase late in the day as a weak disturbance passes to the north.

While we should stay dry along the coast, there is the chance of some light snow showers well inland across the higher terrain of the Catskills through Thursday morning. The rest of the day should feature partly cloudy skies. Highs along the coast could climb into the upper 40s.

The mild trend continues into Friday. Again, skies will feature partly cloudy skies with highs getting close to around 50 degrees.

A storm system will then move in from the Midwest late Friday night. That could bring rain late and it will continue into a good part of Saturday. Temperatures along the coast will be in the upper 40s. Well inland, it may be cold enough for some light snow accumulations across higher elevations.

Cooler air will follow behind on Sunday with highs in the mid 40s under mostly sunny skies.

Heading into the next work week, it will remain dry with temperatures will sticking around 40 degrees for both Monday and next Tuesday.