Sunshine, temps in the mid-70s across tri-state area this weekend 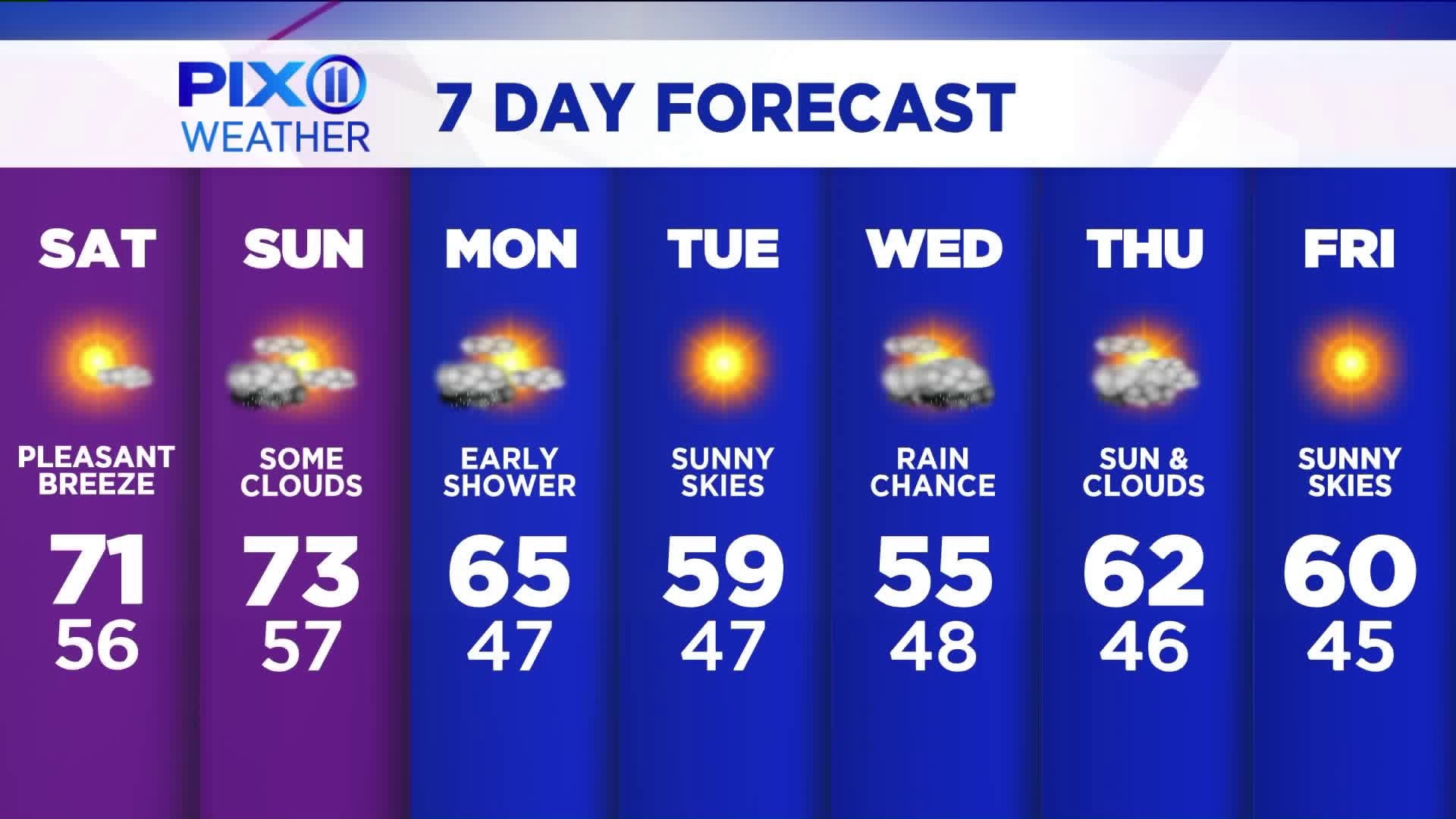 Temperatures are heating up across the tri-state area, just in time for the weekend.

NEW YORK — After a rough April, the first weekend of May will be much better as high pressure brings in sunshine and warmer temperatures.

There could be a few more clouds on Sunday but both days will feature temperatures climbing back into the 70s.

Saturday features a lot of sunshine for much of the day. High pressure to the south will create a warm breeze, bringing temperatures up to around 70 during the afternoon.

A weak frontal boundary may bring some clouds into the region late Saturday night and there could be a passing shower early Sunday morning. A westerly wind will persist during the day and that will help bring temperatures up further into the lower to mid-70s by Sunday afternoon.

Another cold front could spark up a shower Sunday night into early Monday bringing cooler temperatures into next week. After a lingering shower Monday morning, skies will clear out with temperatures in the lower 60s.