Chances of rain throughout the week 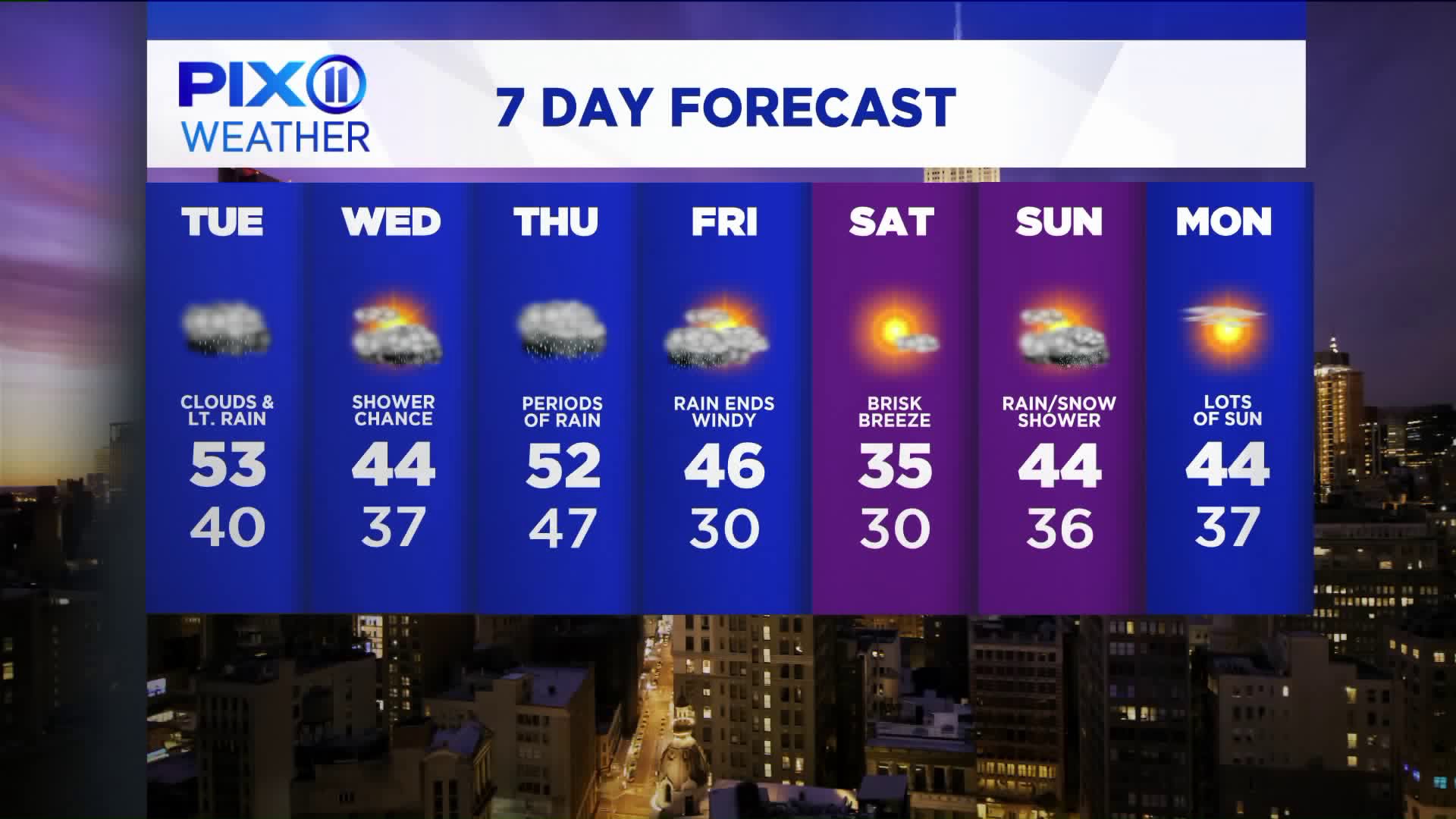 While the warmer than average temperatures will remain, several systems will move in bringing the chance of rain from time to time. 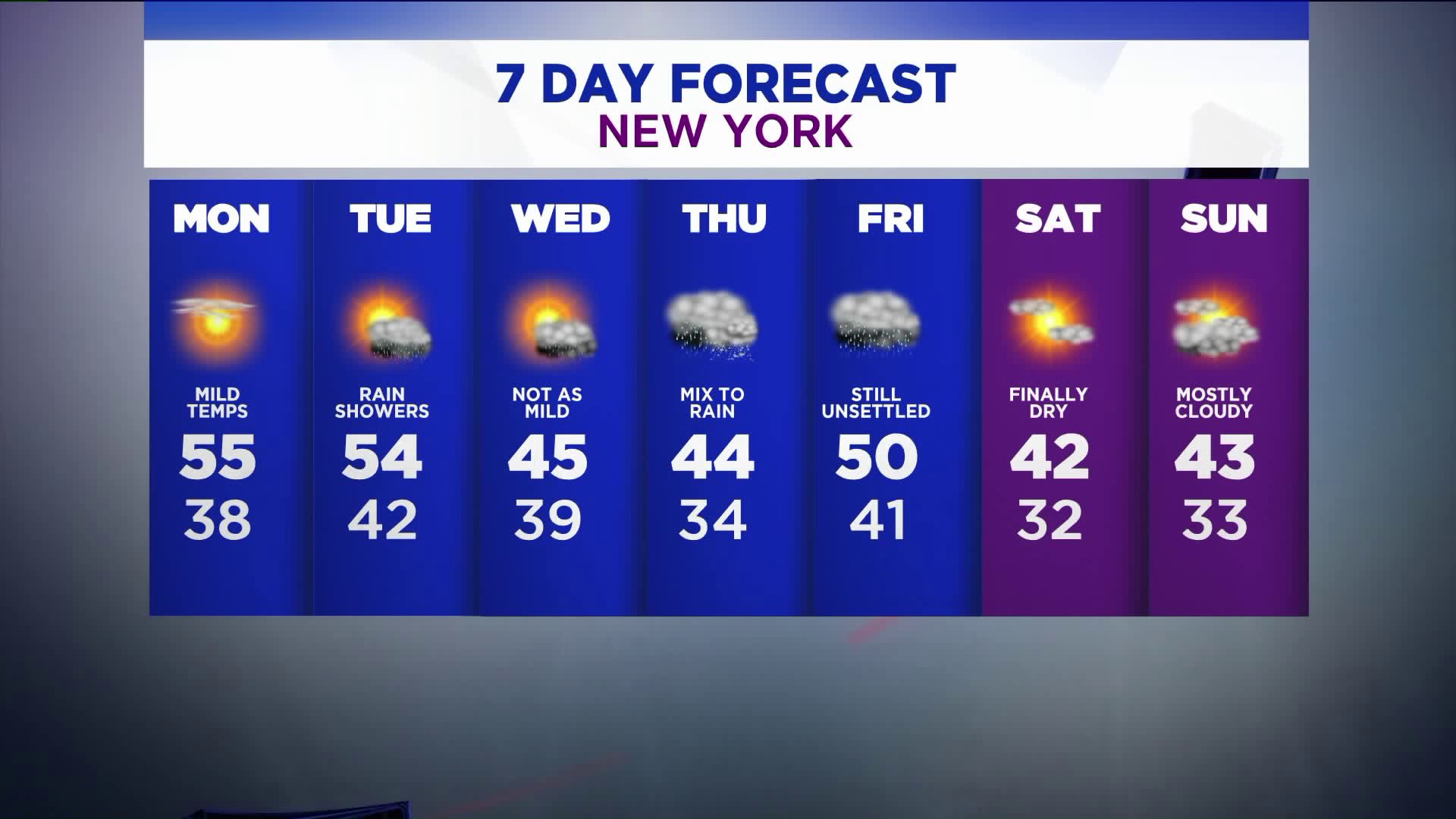 NEW YORK — After a gorgeous start to the week, the weather will go downhill. While the warmer than average temperatures will remain, several systems will move in bringing the chance of rain from time to time. Much of the rain should be light, but it becomes heavy at times as we head into the latter part of the week.

Skies will start to cloud up Monday night as a weak disturbance pushes into the region. Overnight temperatures will be mild with lows only in the lower 40s in the city.

Expect some light rain during the morning hours of Thursday. The rest of the day will remain rather cloudy, and possibly a bit on the damp side. Temperatures will remain mild with highs in the lower 50s.

An area of high pressure should pass to the north allowing some sunshine on Wednesday. Despite this, we cannot rule out the risk of a shower as a frontal boundary meanders to the south of the region. Temperatures are expected to top out in the 40s.

By Wednesday night, the front will lift back north and another weak disturbance crosses, bringing back the chance for more showers. Temperatures will be marginally colder, allowing the chance for a wintry mix occur especially north and west of the city. Any accumulations look to be on the light side as temperatures are expected to increase as we head into Thursday.

There could be some light rain to start Thursday as weak wave of low pressure passes through. We may have a dry period during the middle part of the day with temperatures in the lower 50s, but then a more potent storm system will move in Thursday night into Friday.

Rain could be heavy, especially late Thursday night, as are area of low pressure slides through the region. As much as 1 to 2 inches of rain could be possible before it tapers off Friday morning.

The sun may break out by Friday afternoon, but the winds will start to kick up. Highs will be in the low to mid 40s.