Sunny skies kick off weekend before chance of rain returns 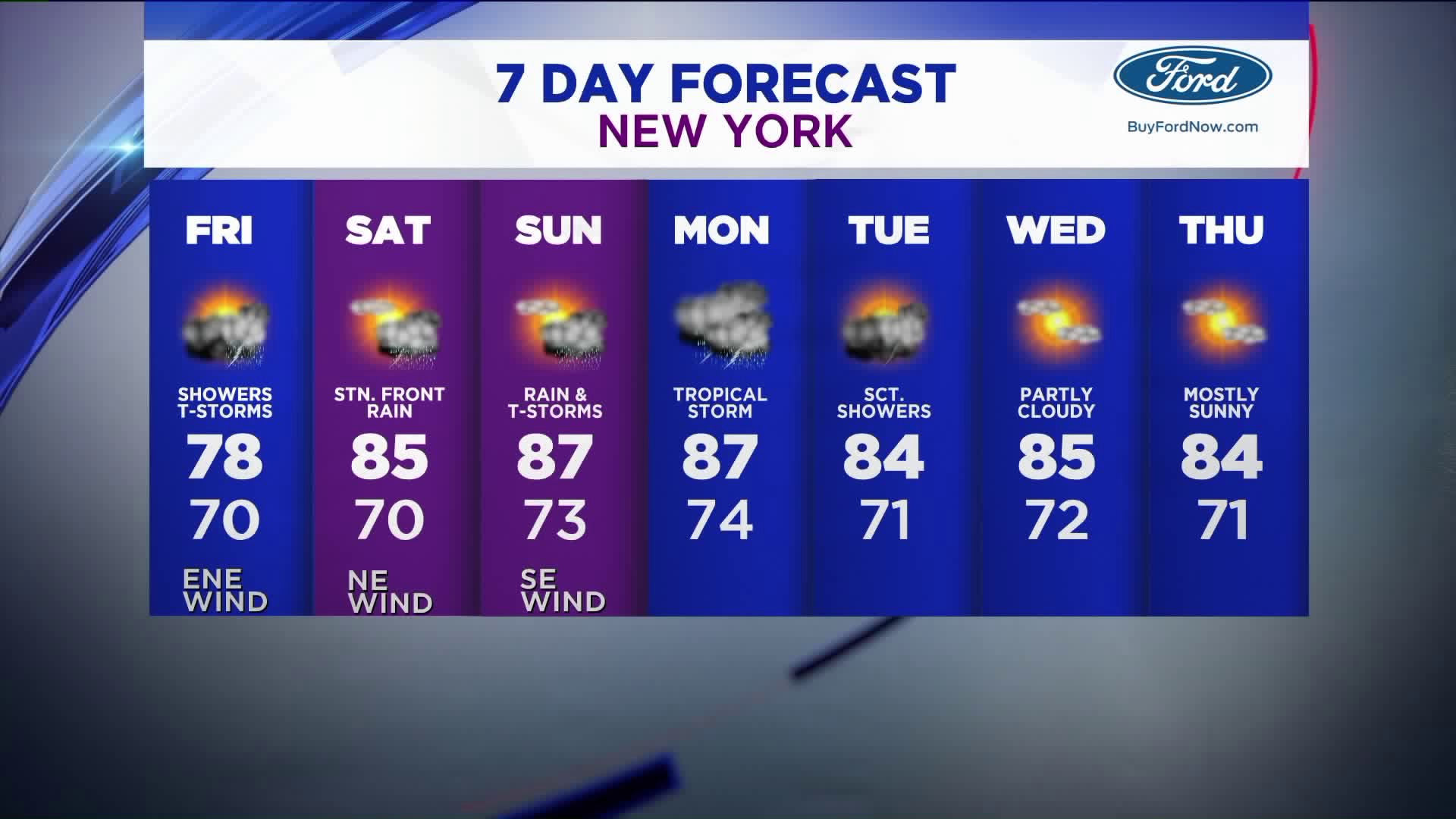 After a five-day heat weave, things cool off Friday while a cold front remains just to the south of the region. We can expect a rainy morning and mostly cloudy skies this afternoon with showers and thunderstorms developing once again later in the day. The high temperature will be 80 in the city, upper 70s in the suburbs. Things warm up this weekend, but not quite as hot as recent days. 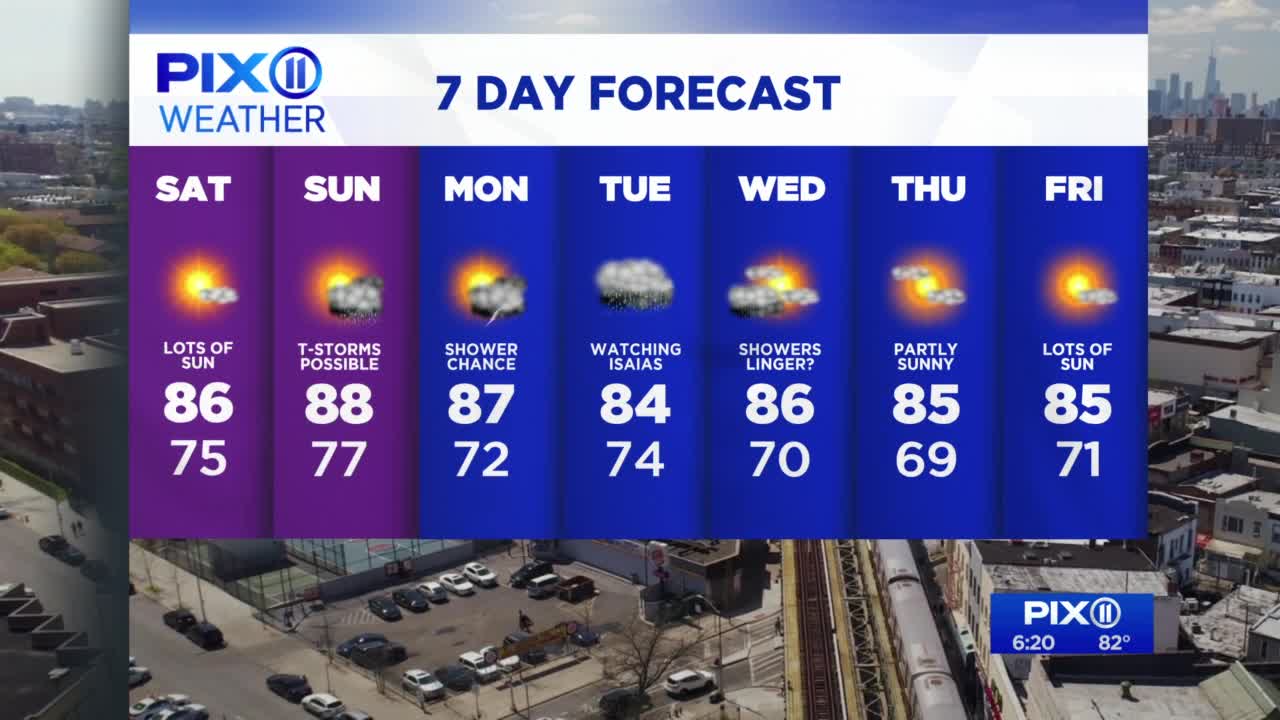 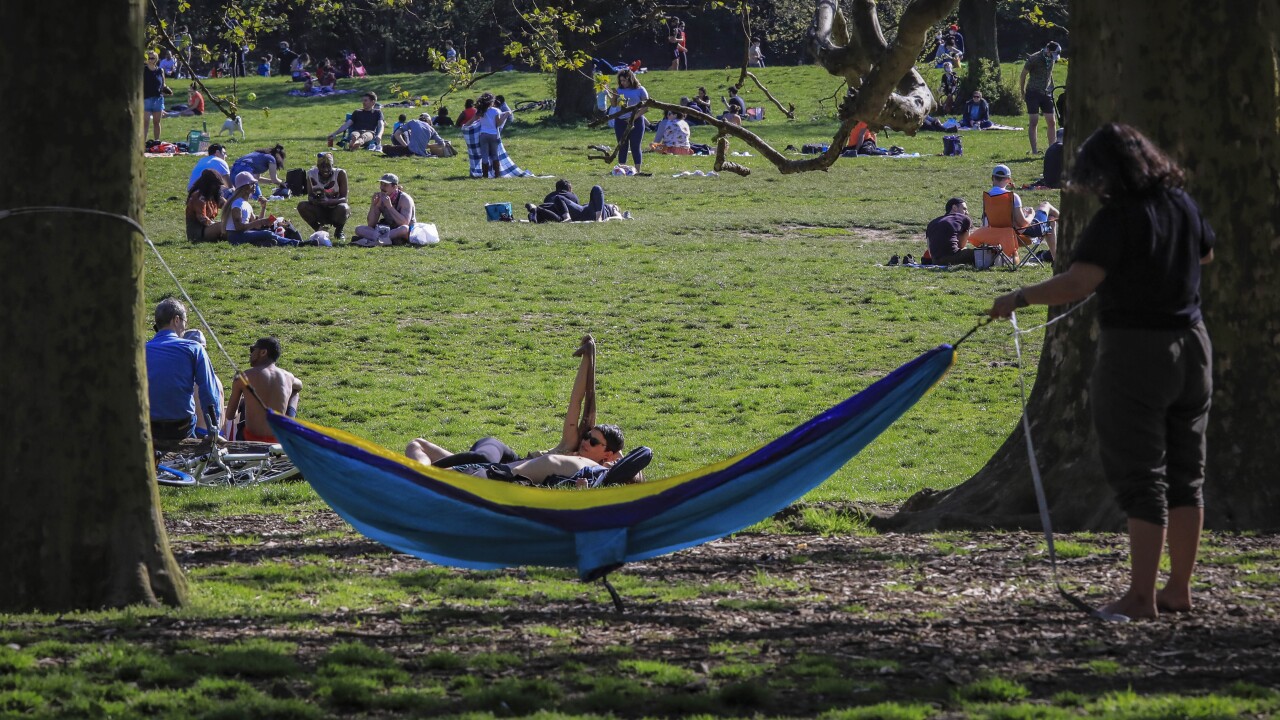 NEW YORK — The weekend will kick off with sunny skies before a chance of showers returns on Sunday.

High pressure will pass to the north, bringing a pleasant northeasterly wind for much of Saturday. Sunny skies will send temperatures up into the mid-80s.

A storm system is expected to reach the area on Sunday, bringing a chance of scattered showers and thunderstorms. It will also turn more humid as winds will be coming from the south. Expect highs to be in the upper 80s.

Heading into the early part of next week, all eyes will be on Hurricane Isaias.

New York City is within the cone of uncertainty, indicating the storm could pass through the region on Tuesday. However, it's still a bit too early to tell what path the hurricane will take.

For now, there will be rough surf and dangerous rip currents in the coming days, causing some beach erosion.