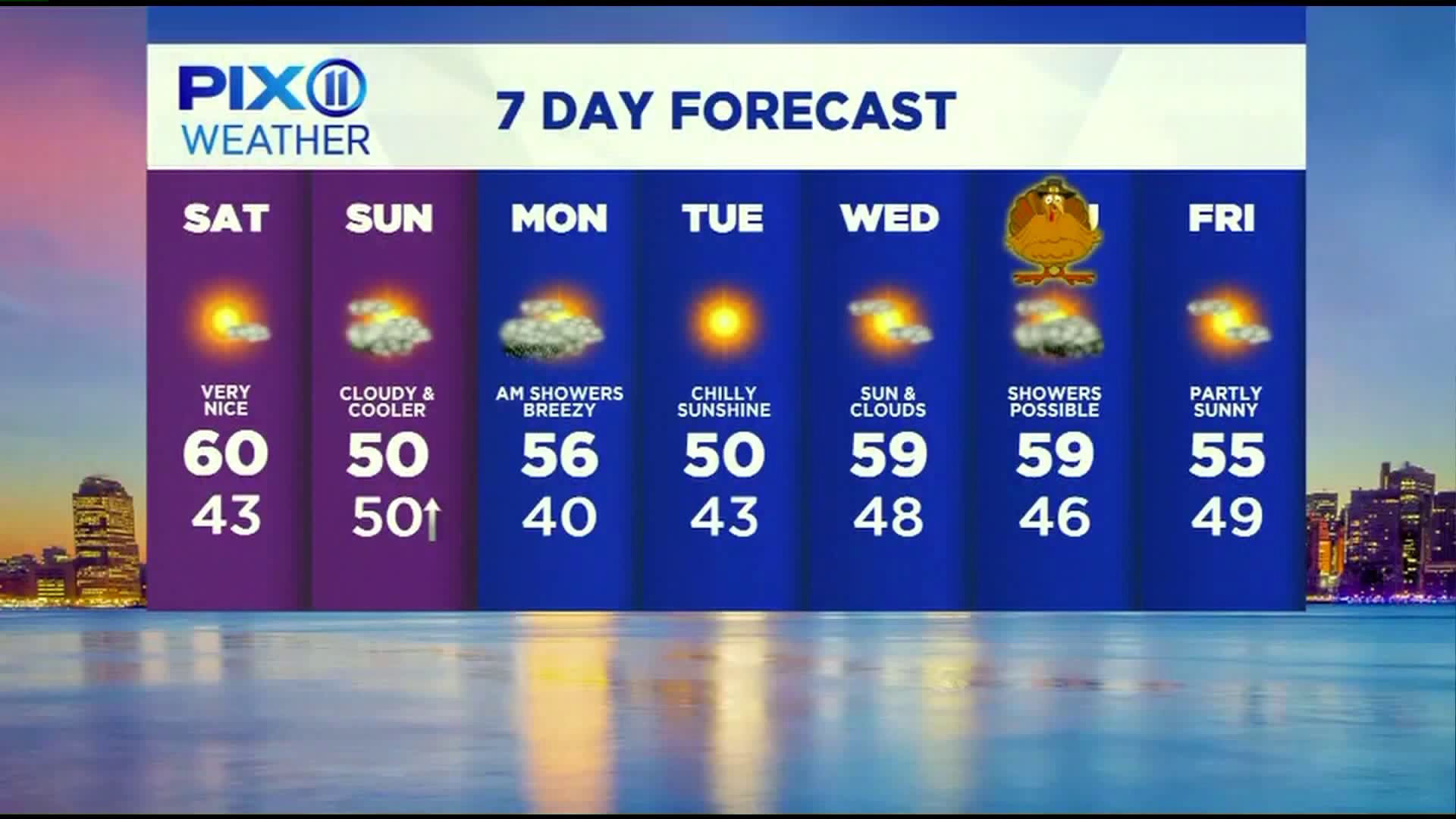 Mr. G sees a lovely Saturday but a cooler Sunday.

NEW YORK — The southwesterly flow that has brought the mild temperatures will persist for at least one more day.

A cold front will cross through on Saturday bringing cooler temperatures for Sunday. A storm system will then bring some showers around by Sunday night and linger into a good part of Monday.

Friday night will feature mainly clear skies. The southwesterly flow will keep temperatures from dropping no further than the upper 40s in the city. Elsewhere, expect lows to go down to around 40 degrees.

On Saturday, a cold front will approach and bring in a few patchy clouds around. Despite the winds shifting to the northwest, it will take some time before the cooler air moves arrives. That being said, it will still be a mild day with highs approaching the 60s for the second day in a row.

Along with the rising temperatures, the chance of showers will be on the increase as a cold front approaches. The rain should continue into Monday morning before it tapers off during the middle part of the day. Temperatures will climb into the upper 50s before cold air rushes back in Monday night.

Tuesday will be a chilly day as temperatures will barely climb back toward 50 once again. The chill won’t last too long as winds will shift back to the south bringing milder temperatures for Wednesday.

As for Thanksgiving, the chance of showers is on the increase. What is not certain is the timing of the rain. At this point it could start out wet, then clear out during afternoon, or vice versa, with showers holding off until the afternoon.

Regardless, it is looking to be on the mild side with highs in the upper 50s.