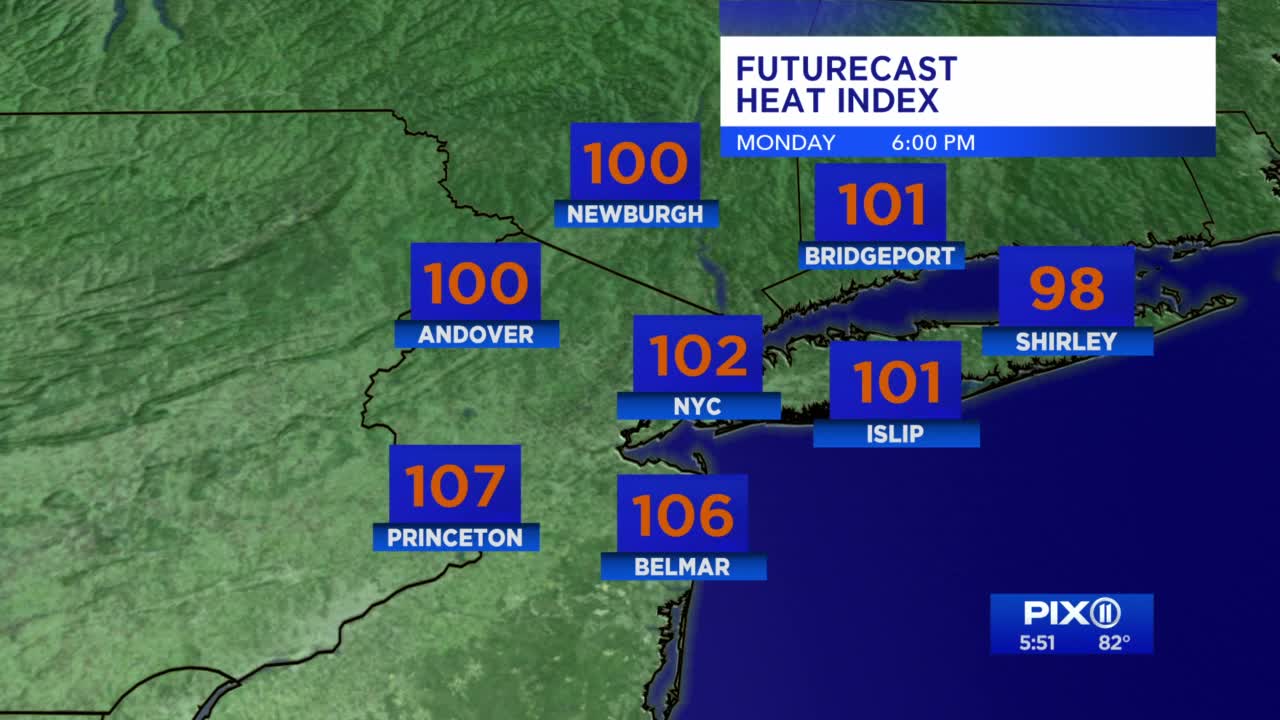 A heat wave could be in our future, with heat indices over 100. Watch Mr. G's forecast and prepare for the hot weather. 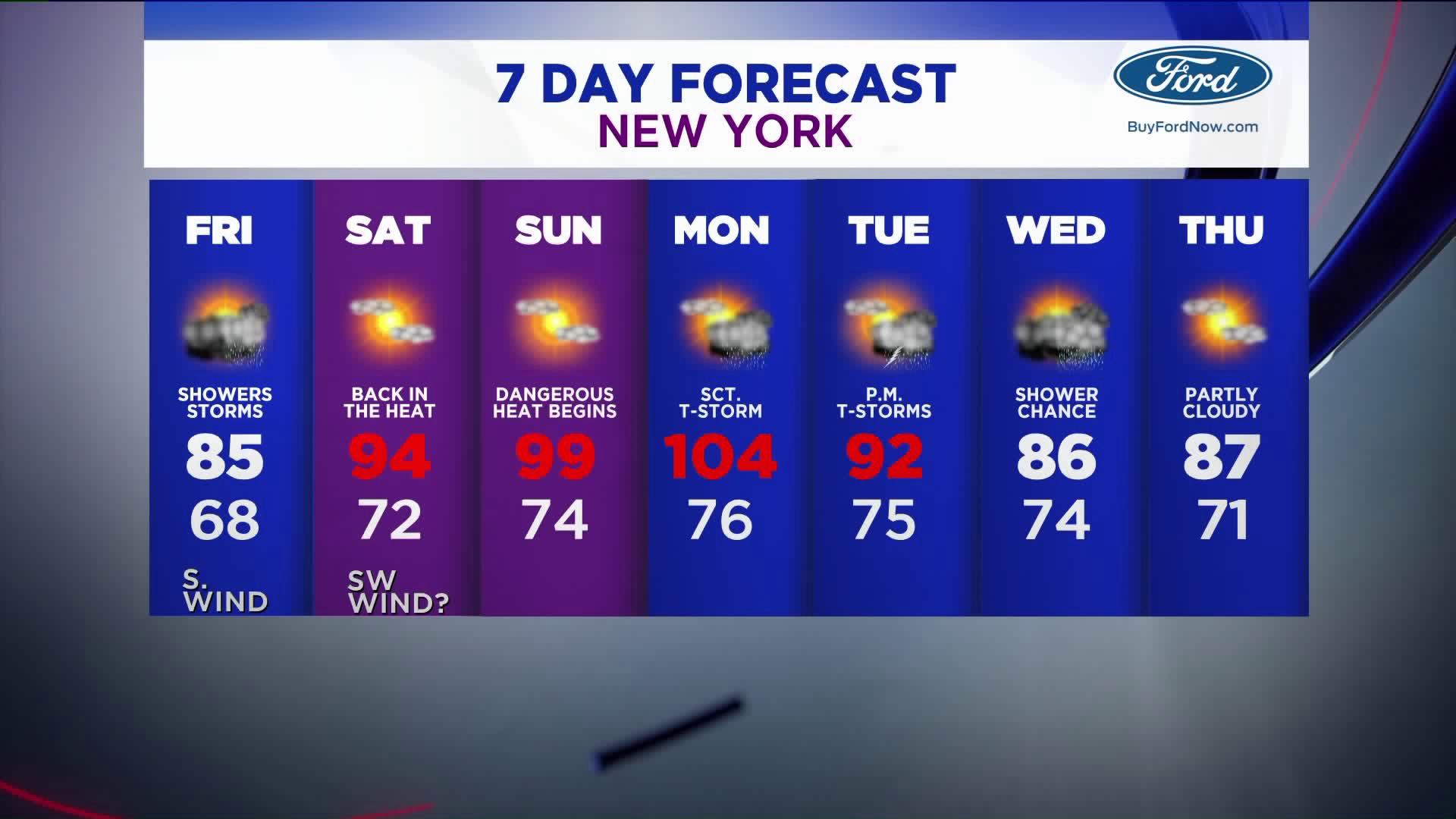 A Heat Advisory has been issued for the city on Sunday and Monday with heat indices climbing up into the upper 90s and beyond. Feel-like readings that high may cause heat exhaustion or a heat stroke

On Saturday, temperatures will climb toward 90 degrees, but the humidity will remain in the tolerable range. The heat index will hold in the lower 90s during the afternoon.

By Sunday, it is full steam ahead. Temperatures will soar into the mid 90s and it will feel oppressive as the humidity climbs. Heat indices will be in the upper 90s and that will make it tough for the body to cool down.

The worst of the heat arrives on Monday. While the air temperature may hold in the mid 90s, the high levels of humidity will make it feel more like 100 degrees.

The heat and humidity will continue into the middle part of next week, but it will feature an increasing risk of afternoon showers and thunderstorms.

We may have to wait until either Thursday or Friday before a cold front brings any form of relief. Temperatures will remain to be on the warm side with highs in the upper 80s to around 90, but the humidity should trail off by then.