Gorgeous Wednesday ahead, then a cooler end to the week 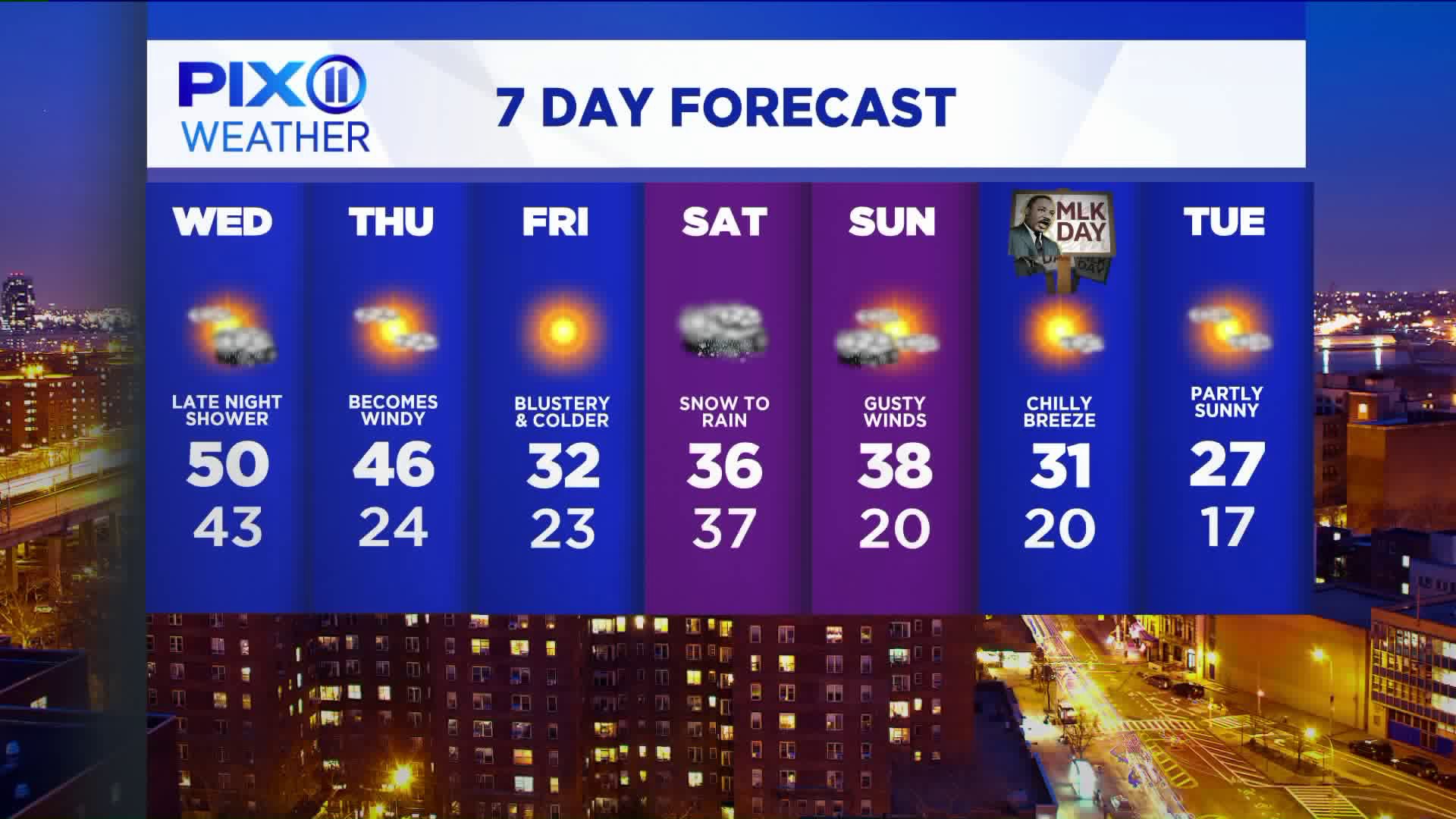 Skies will clear out late Tuesday night, making Wednesday a gorgeous day. Expect a good deal of sunshine with temperatures climbing up toward 50 degrees. 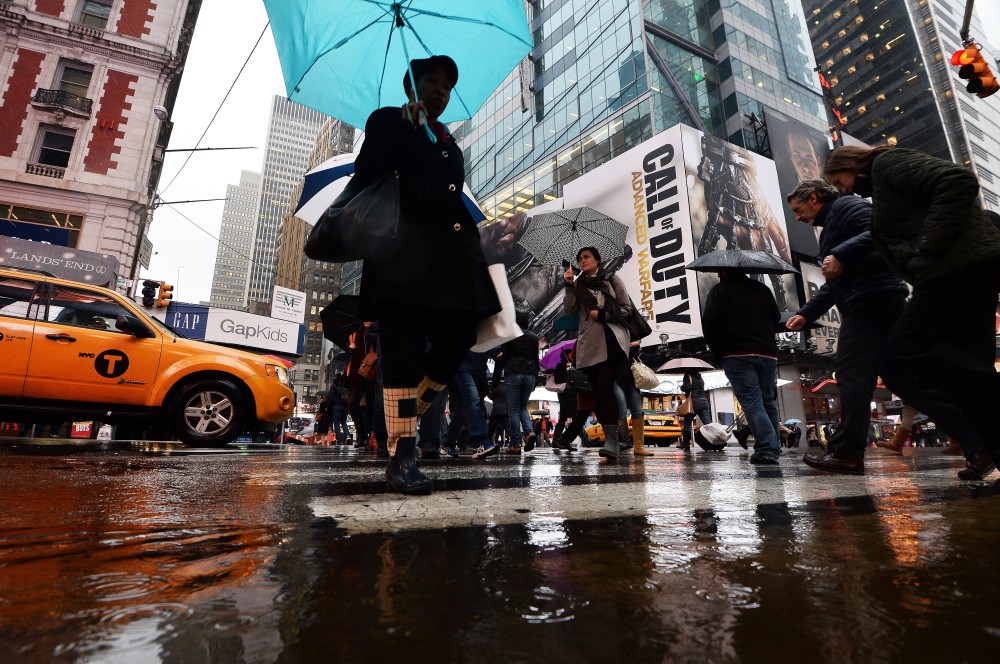 NEW YORK — After a seasonably mild stretch with a few occasional showers, colder air will be on the move as we head toward the weekend. At the same time, a potent storm system will head toward the East Coast, bringing the risk of snow on Saturday. It won’t be a full-out snow event as warmer temperatures will allow for a changeover to rain.

A warm front brought a few showers on Tuesday afternoon. Much of the heavier stuff has moved on, but light rain and drizzle will linger around through the evening hours. Temperatures will only drop a few degrees with lows expected to be in the upper 30s.

Skies will clear out late Tuesday night, making Wednesday a gorgeous day. Expect a good deal of sunshine with temperatures climbing up toward 50 degrees.

Another quick moving system could bring in scattered showers Wednesday night. Colder air will move in for the rest of the week.

While Thursday will still be on the mild side with highs in the mid 40s, winds will be on the increase from the northwest. Wind Advisories could be issued with gusts 40-50 mph or higher expected as we head into the evening hours. By Friday morning, temperatures will be at around 20, but wind chills could be in the single digits for many places.

The sun will be out on Friday, but the brisk northwesterly winds will make the forecasted high of 32 degrees feel more like 20 during the day.

We will then watch a storm system that will bring snow into the region by Saturday afternoon. There are still questions on the exact timing and track, but all indications are that temperatures will be on the climb, allowing for a changeover to rain. While it is early to determine how much snow we could get, it does look like it will be on the low end for coastal sections.

A few rain showers could linger early Sunday morning, but it should clear out quickly. Wind chills will likely be in the 20s once again during the day.