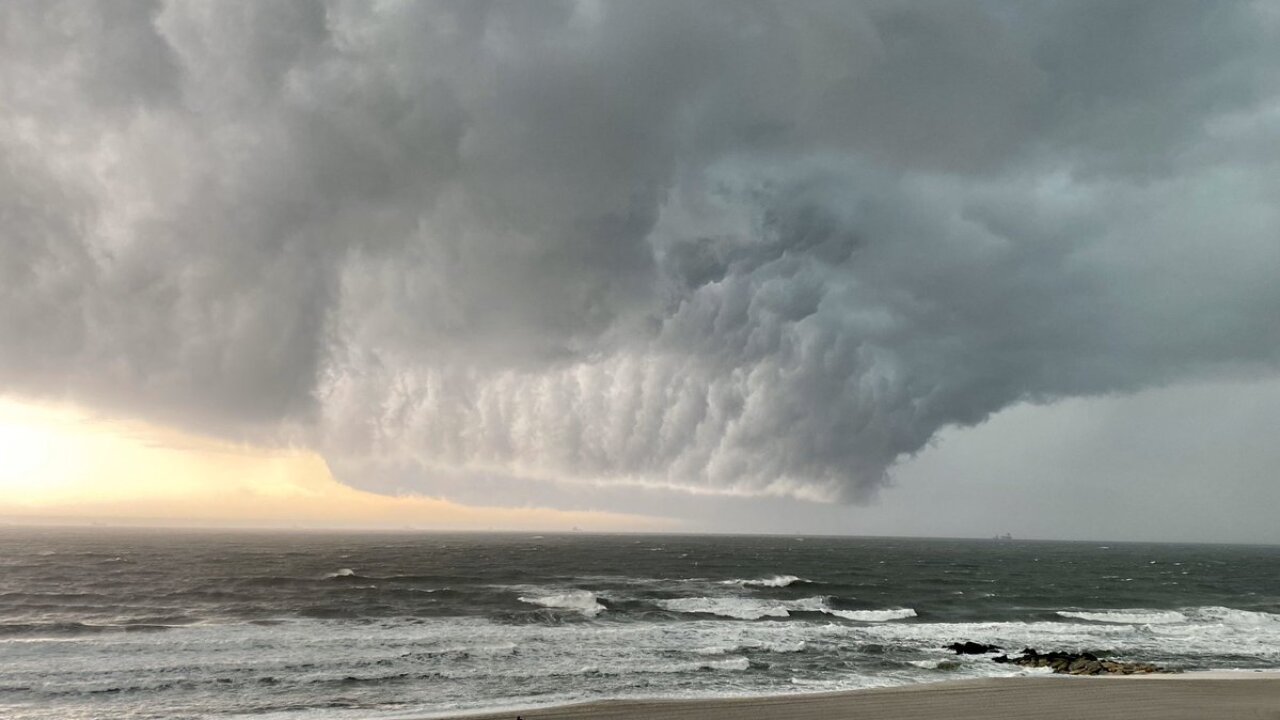 The warning was in effect for Middlesex County in New Jersey and Suffolk County on Long Island through 5 p.m. Similar warnings for Brooklyn, Queens and Nassau County expired at 3:45 p.m.

A Tornado Warning issued for parts of New York City, Westchester County and Long Island expired at 3 p.m., according to the National Weather Service. However, a Severe Thunderstorm Watch was in effect for parts of New Jersey and New York through 5 p.m.

Hail in Queens as severe storms move through NYC! pic.twitter.com/2ls5XQPRSc

A resident in Long Beach on Long Island snapped photos of incredible cloud structures as the severe storms moved through the area.

Once the storms move out, the winds will continue to gust to around 50 mph heading into Wednesday morning.

The National Weather Service issued a Wind Advisory for northeast New Jersey and southeast New York, including the five boroughs, between 5 p.m. Tuesday and 2 a.m. Wednesday. Sustained winds between 20 and 25 mph are expected, with gusts up to 60 mph.

Winds this strong could bring tree limbs down, resulting in scattered power outages.

It will still be gusty through the evening and into the overnight hours. Temperatures will drop below freezing for many suburbs and wind chills will likely be in the 20s Wednesday morning.