One more nice day, then Showers for Friday followed by heat 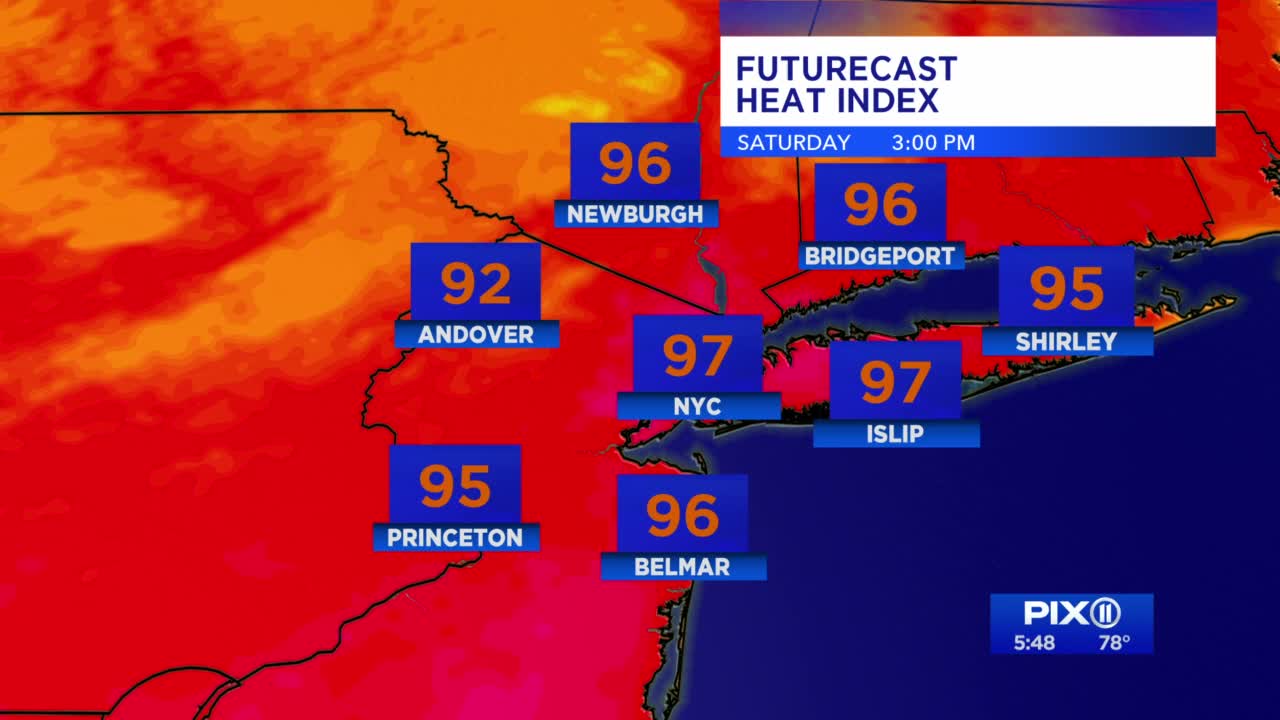 Watch Mr. G's forecast as things are set to heat up over the weekend. 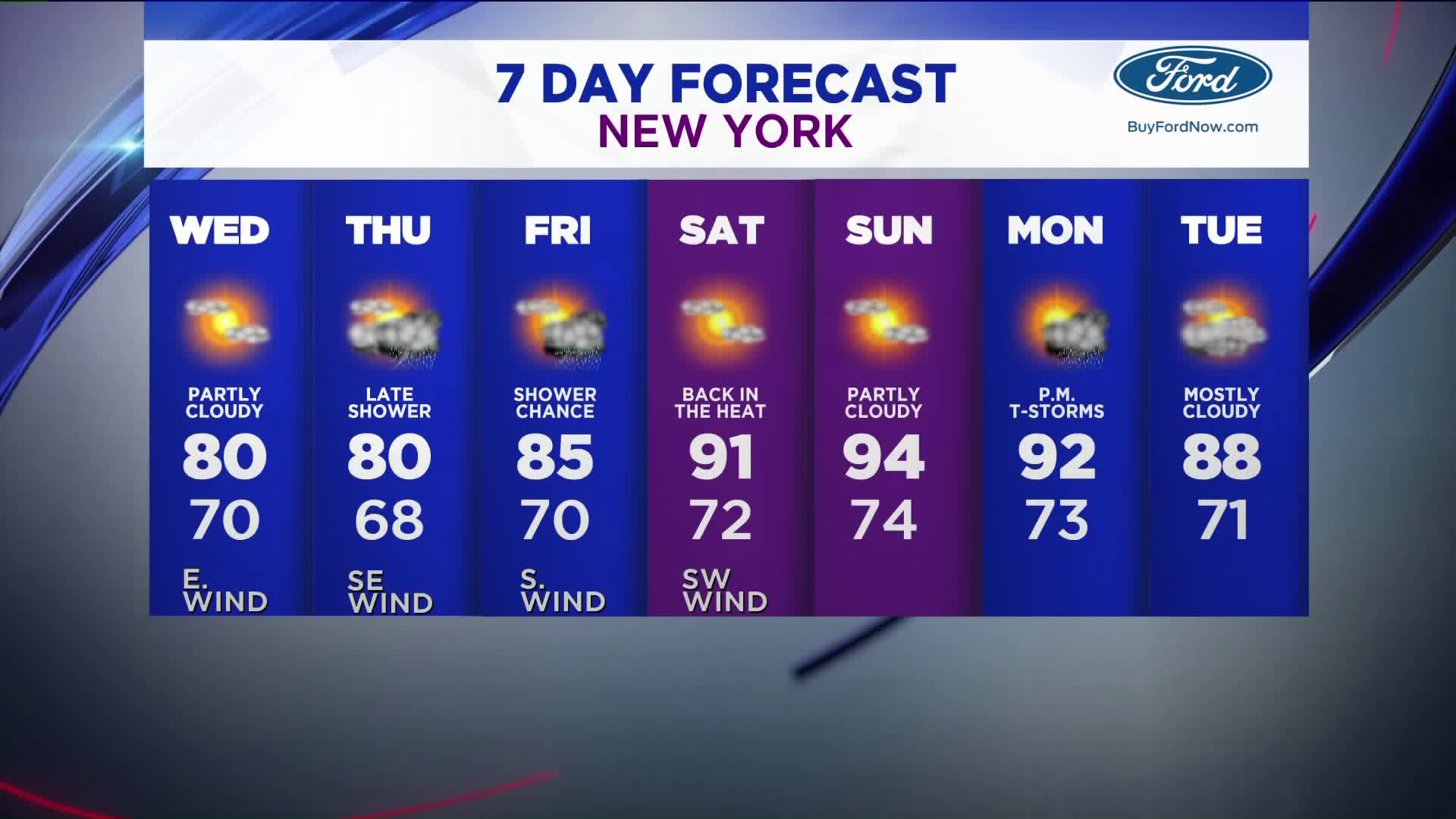 NEW YORK — An area of high pressure continues to dominate across the region, keeping us dry. Easterly winds will keep temperatures below normal on Thursday, but then a cold front brings the risk of showers for Friday.

Despite the passage of the front, things will heat up for the weekend with temperatures approaching 90 degrees and higher into next week.

Skies will remain partly cloudy Wednesday night. A light northeasterly breeze will bring temperatures down into the 60s across the region.

Thursday will feature more sunshine, but clouds will mix in and an easterly wind will stick around. That breeze coming off of the ocean will keep temperatures in the 70s for most of the day. Some spots may end up at around 80 degrees.

A storm system will bring the risk of showers as early as Friday morning as a warm front approaches. That will bring the humidity back up and temperatures will climb into the lower 80s. The trailing cold front will pass late in the afternoon with more showers developing.

Saturday could be the start of a heatwave. Temperatures are expected will climb toward 90 degrees during the afternoon. It will also be rather humid with heat indices in the low to mid 90s. If we don't hit 90 by Saturday, we will likely hit it by Sunday. Temperatures will climb further into the lower 90s and there are some indications that it will feel more like the upper 90s. Of course, with all this heat and humidity, the risk of an afternoon thunderstorm cannot be ruled out.

It remains hot heading into early next week with temperatures holding in the low to mid 90s. We may have our first official heatwave of the season by either Monday or Tuesday. A cold front may try to bring showers by the middle part of the week allowing some relief for Thursday and Friday.