Rain and cooler temperatures on the way 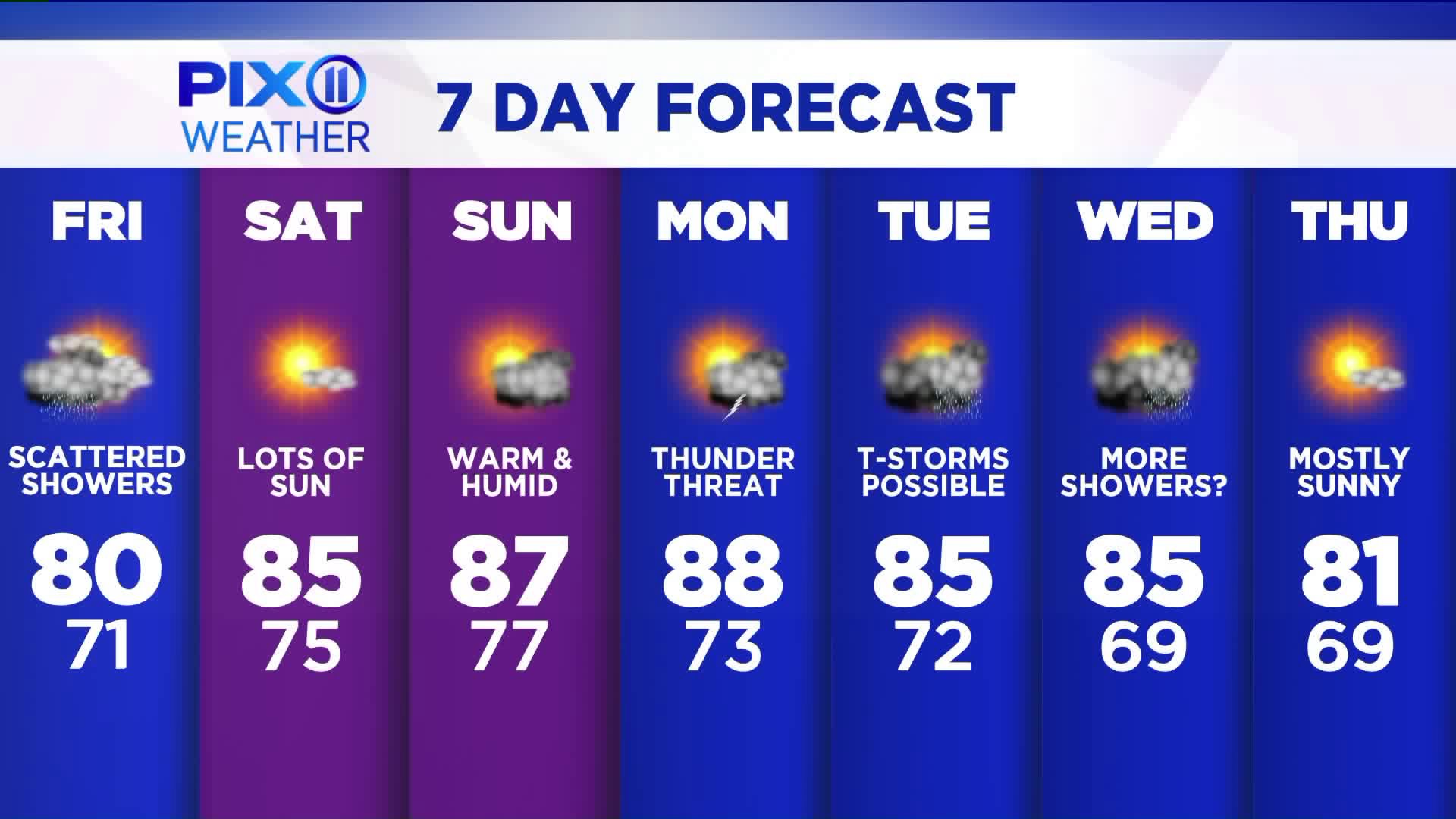 The temps are headed back into the 80s for the weekend.

Temperatures topped out in the low 90s on Thursday making it day number five of the heat wave.

That will be last of it through as a cold front and a wave of low pressure moves in Thursday night into Friday.

Scattered showers will develop Thursday night and it could even have a few rumbles of thunder during the overnight hours. Temperatures will end up dropping into the lower 70s.

The risk of showers will continue through a good part of Friday as a wave of low pressure slides just south of the region. A northeasterly wind will actually keep it on the cooler side with temperatures struggling to reach 80. Skies will stay mainly overcast until the late afternoon hours.

Saturday will be a very nice day with mostly sunny skies. Expect highs to climb back into the mid 80s.

It will be warmer and more humid on Sunday as a storm system approaches. A few afternoon thunderstorms cannot be ruled out. Expect highs to climb up into the upper 80s.

There are a lot of questions heading into next week as it will have to do with Tropical Storm Isaias. Currently moving past the Dominican Republic, the forecast models are indicating that it will hook up with a cold front and bring it up parallel to the east coast. The question is how close along the coast remains to be seen.

Early indications though is that we could see some rough surf and beach erosion for now. The rest is questionable since it depends on the track. The storm's nearest pass to our region looks to be sometime between Tuesday and Wednesday.