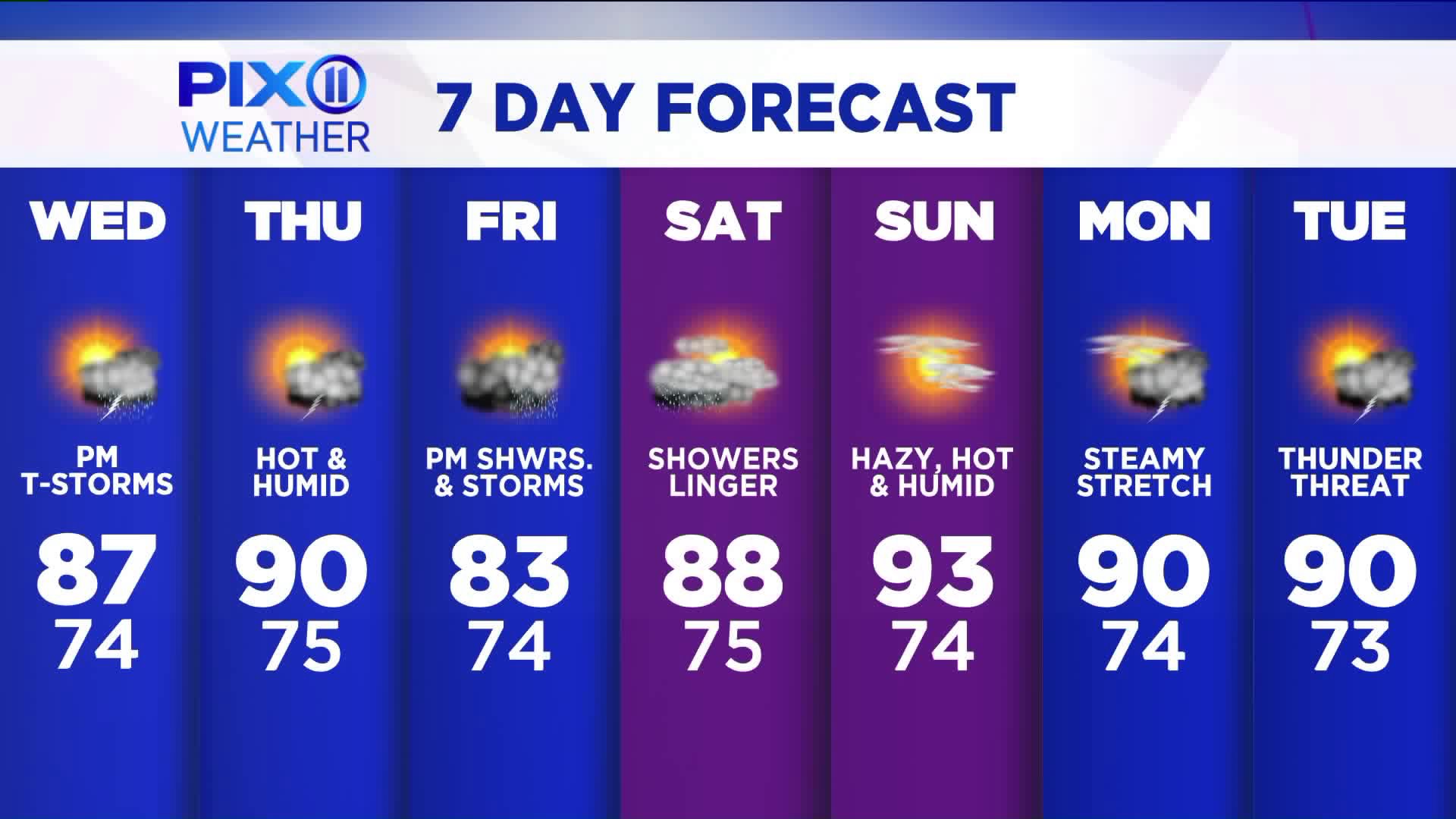 Temperatures will soar back into the upper 80s and possibly hit 90. That will also bring back the risk for showers and thunderstorms to develop in the afternoon. 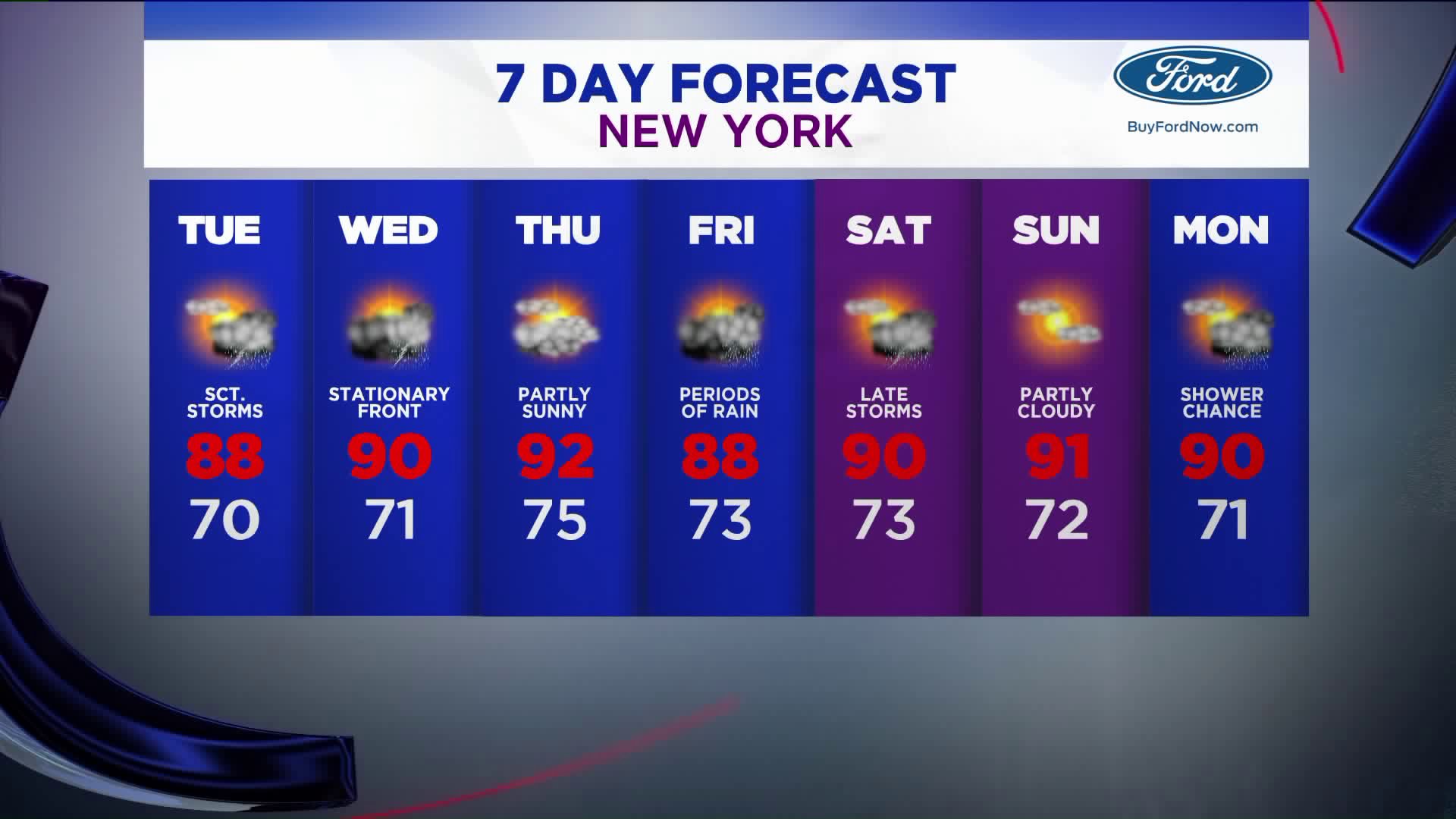 NEW YORK — After a hot and stormy Monday, Tuesday was a quieter day as a frontal boundary stayed to the south and west of the region. That kept clouds around for much of the day, and an easterly wind kept temperatures in the lower 80s. That frontal boundary will then lift through early on Wednesday bringing back the heat and humidity. Some thunderstorms will redevelop during the afternoon as well.

Skies will remain partly to mostly cloudy through the night on Tuesday. There could be widely scattered showers during the evening, but most of the region should stay dry. Temperatures will hold in the lower 70s.

The clouds will give way to sunshine during the day on Wednesday. Temperatures are going to climb back into the upper 80s. Thunderstorms will then flare up during the afternoon. To the north, there is a marginal risk for an isolated thunderstorm that could be on the severe side. These storms may contain damaging winds and large hail.

Thursday will be a hot and humid day. The threat of an afternoon thunderstorm will be less, so temperatures could climb to around 90 degrees during the afternoon.

By Friday, we are then watching a storm system in the southeastern US to head off the coast of the Carolinas. The Hurricane Center is giving this disturbance a 30-40% chance of further development into a tropical system. Regardless of development or not, this system will track to the north and bring some rain and, possibly, gusty winds.

The chance of rain may linger into a good part of Saturday before it moves further to the north.

Friday should be cooler due to the rain with highs in the lower 80s. Once the rain exits, temperatures are going back into the upper 80s to around 90 for both Saturday and Sunday.