Not as hot Friday but more showers possible 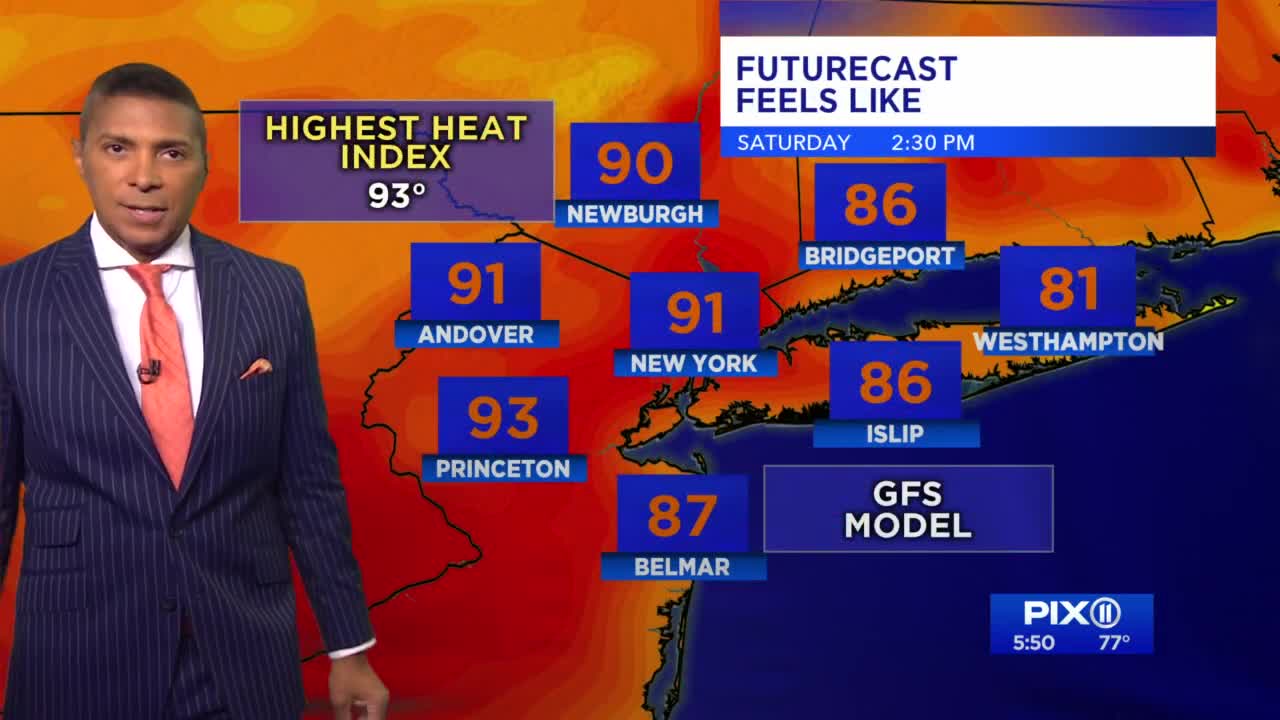 Friday was not, but not as hot as it's been. For the weekend, the heat isn't going anywhere. 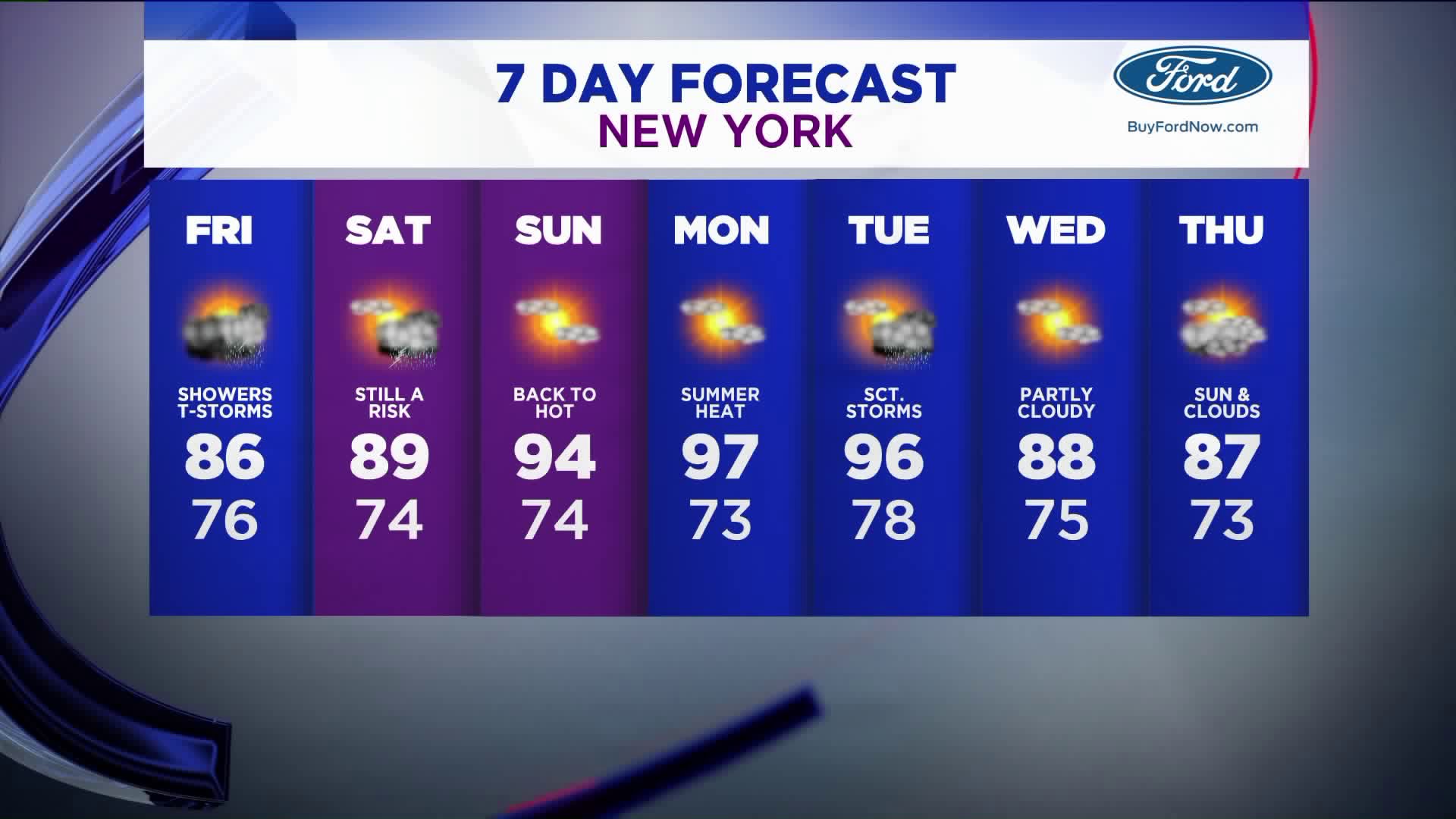 NEW YORK — The week ended on a gloomy note as a frontal boundary meandered just south of the region. Showers developed during the morning and the clouds lingered around into the afternoon. High pressure will slide, in but the heat will build right back as we head through the weekend.

Skies will clear out Friday night as the cold front shifts further south and east. Overnight temperatures will drop into the lower 70s.

Saturday will be a very warm day, but the humidity will be relatively tolerable. Expect highs to be in the upper 80s under mostly sunny skies. The heat index will be a few degrees warmer, in the lower 90s.

The blistering heat and humidity come back on Sunday as the actual air temperature climb into the lower 90s. The very sticky air mass will make it feel more like the upper 90s to around 100 degrees during the afternoon.

The worst comes in during the early part of next week. Temperatures will climb into the mid to upper 90s and it will feel like 100 up to 105 degrees on Monday and Tuesday.

The next chance of rain comes on Tuesday as a cold front arrives bringing showers in the afternoon.

It will still be a hot day on Wednesday but it will be more bearable with temperatures at around 90 degrees. Heading into the latter part of the week, expect temperatures to drop back into the 80s.