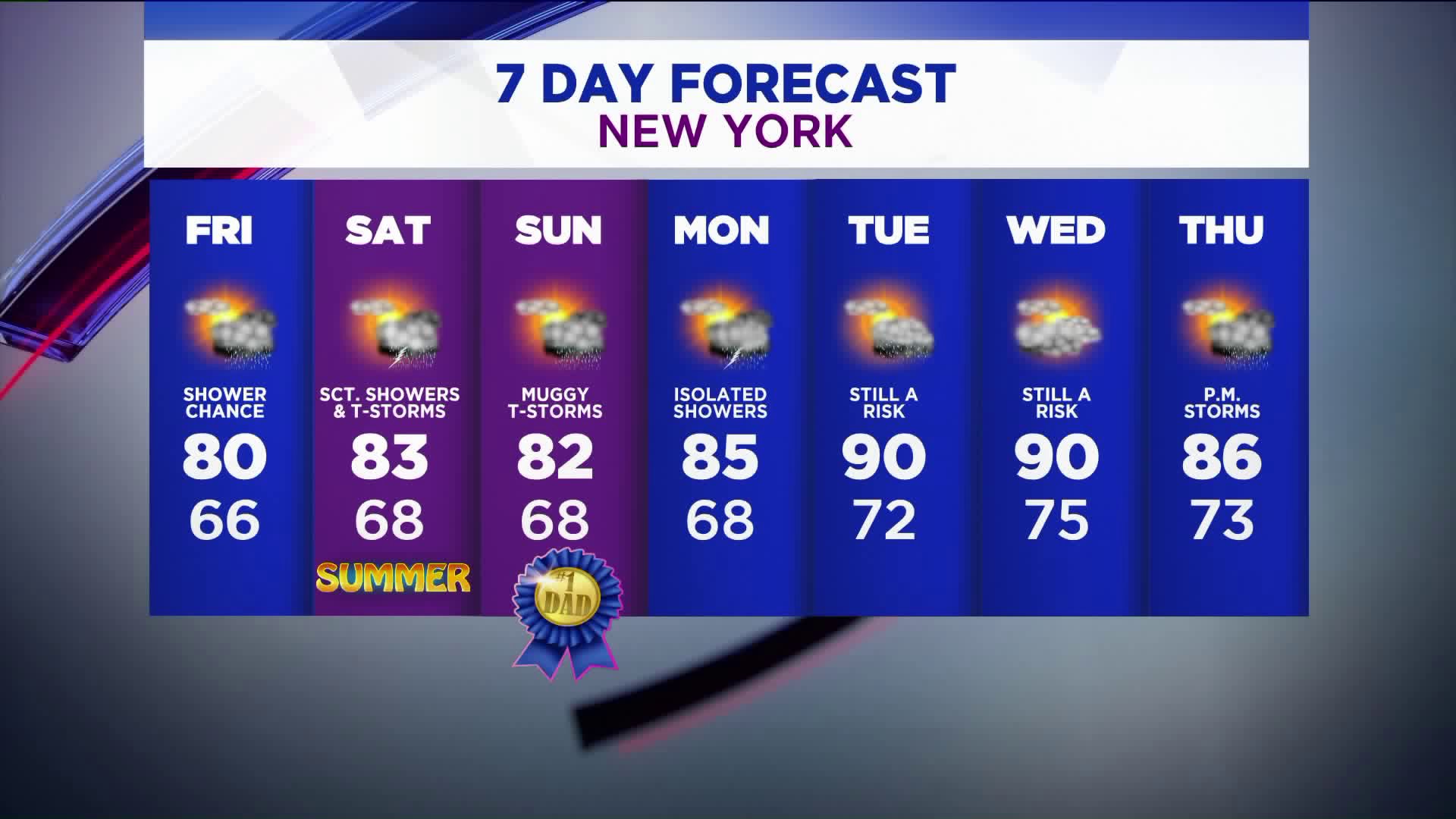 Weak low pressure will continue to meander through our area keeping unsettled weather for the next several days. We can expect mostly cloudy skies this afternoon with a chance of showers and thunderstorms. Humidity will once again be uncomfortable as winds will be from the south. The high temperature will be 80 in the city, low 80s over inland sections and low 70s over coastal spots.

NEW YORK — The summer solstice occurs at 5:43 pm on Saturday and it will certainly feel like it. An upper-level system that has slowly drifted from the Carolinas into the Ohio Valley has brought the humidity into the region and a few isolated showers have flared up inland on Friday.

Most of these showers should dissipate with the loss of daytime heating on Friday evening. The rest of the night will be warm and muggy with lows in the upper 60s.

Saturday should start out dry, but it will be sticky. Temperatures will climb into the lower 80s and a few more thunderstorms could flare up during the afternoon. Most of these storms should be confined to areas west of the city.

Father's Day looks more promising. Any shower activity associated with the upper level low will shift further west keeping much of the region dry. At this point, the risk for any shower to develop looks to be at around 20%. It will remain humid and temperatures could climb into the mid-80s if the showers stay well west of the city.

Heading into next week, we will be adding heat into the picture. The good southwesterly flow will develop and that will allow the temperatures to climb. By Monday, highs will go into the upper 80s with the risk for more showers and thunderstorms in the afternoon.

On Tuesday and Wednesday, temperatures could possibly hit 90 degrees on both days. Should this occur, it will be the first time that we hit 90 since early October of last year. Of course, the heat and humidity will bring the threat of a shower or thunderstorm during the day. Somewhat cooler air tries to move in on Thursday bringing down temperatures into the mid-80s along with a touch less of humidity.