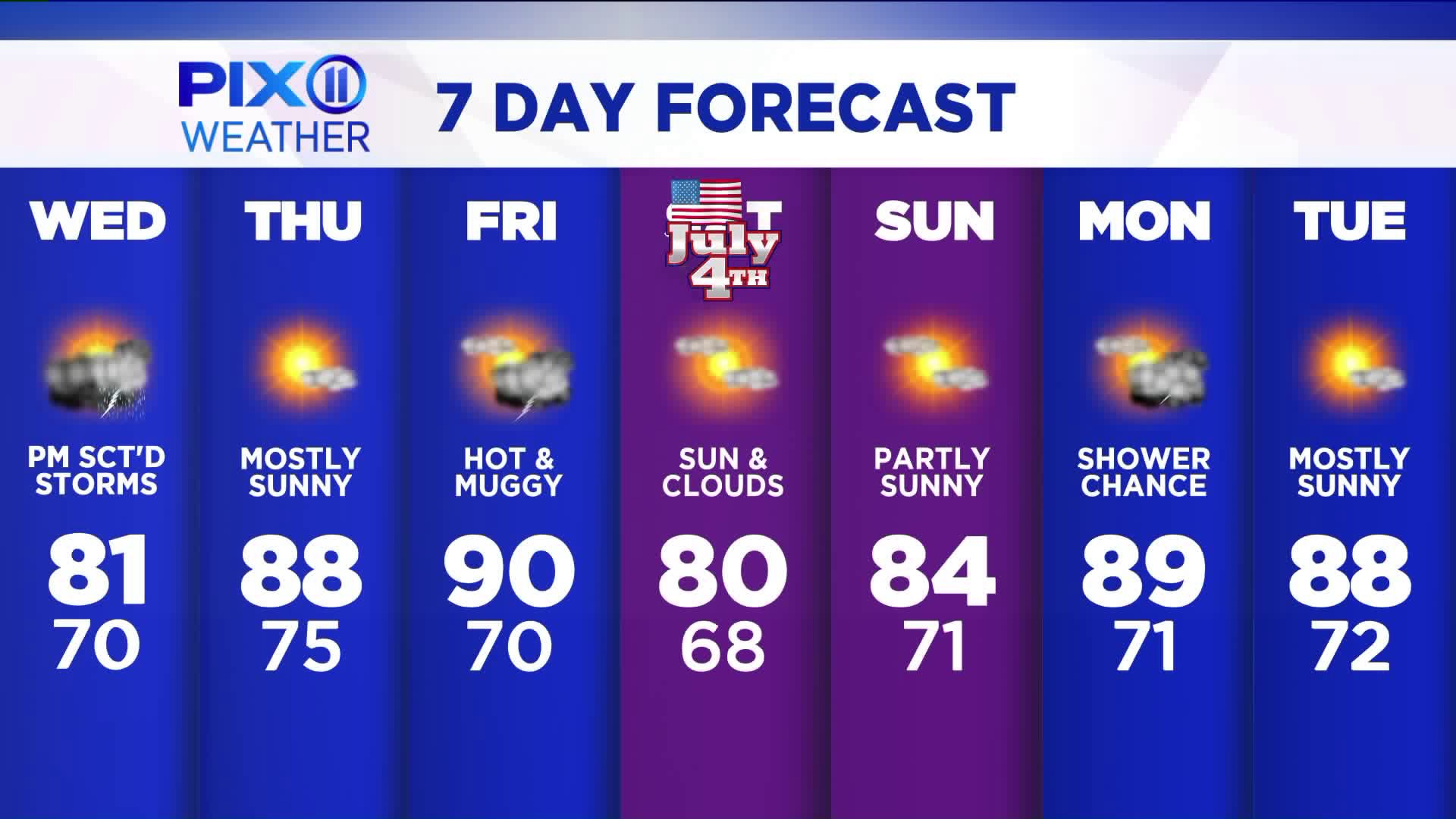 Plus, a look at the upcoming holiday forecast. 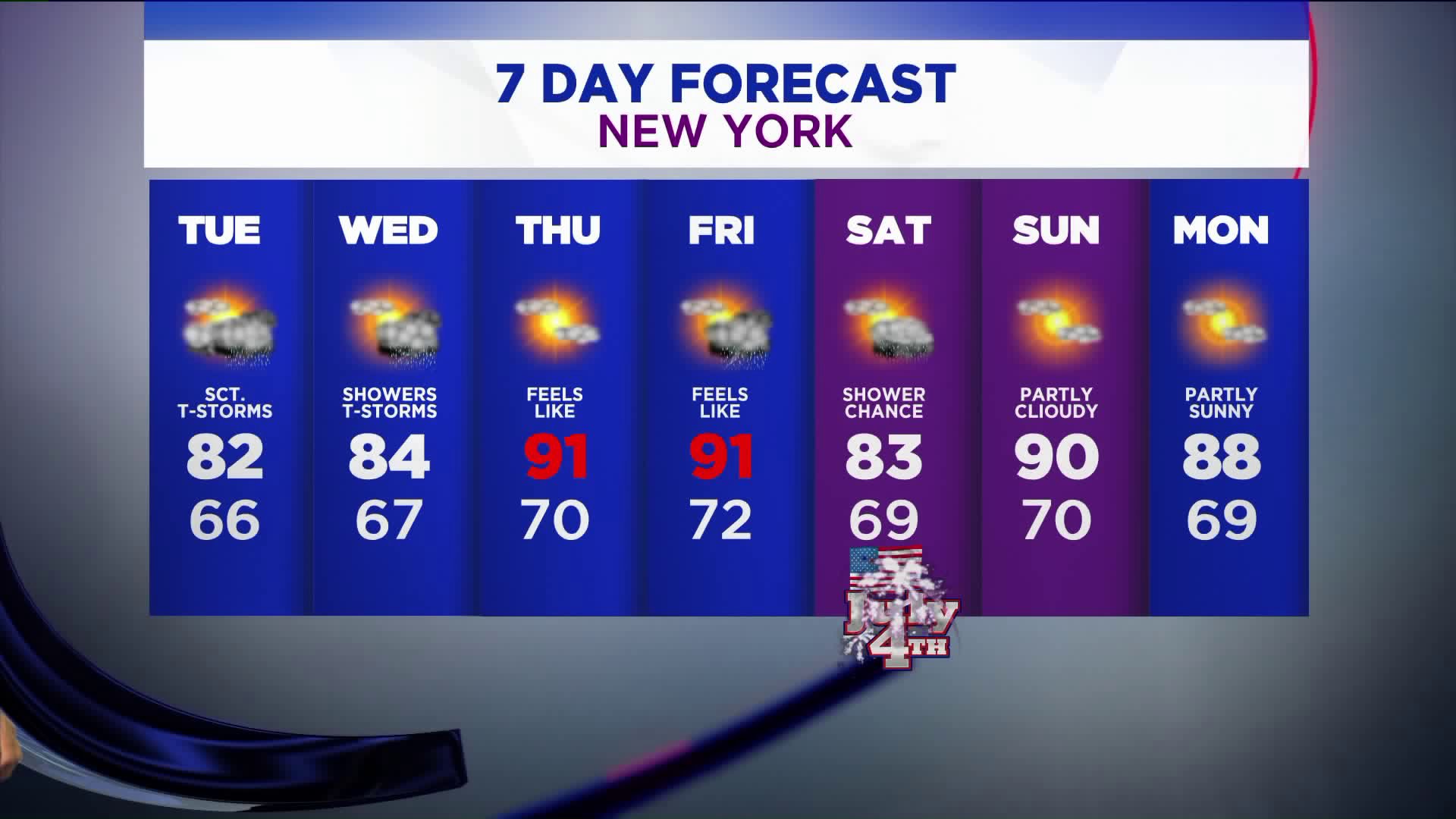 NEW YORK — The same area of low pressure that has been meandering around New England will continue to bring the chance of showers for at least one more day. That low will finally drift out by Thursday making it more tranquil. By Friday, a cold front will drop in from the north bringing back the chance of a late-day shower. Cooler air then moves in for the Fourth of the July weekend.

The chance of showers will decrease Tuesday evening with the loss of daytime heating. Any storms that developed have been on the weak side, but there has be a few downpours that caused some minor nuisance flooding. The rest of the night will be partly cloudy with temperatures in the upper 60s.

Wednesday will feature more of the same. It will be partly cloudy for much of the morning. Showers and thunderstorms will flare up during the middle part of the day and could be locally heavy through the afternoon. Again, these storms could bring some gusty winds as well as some small hail. Highs will be in the lower 80s.

Thursday looks to be the pick of the week. The low pressure will finally drift offshore leaving us with partly sunny skies. It will be very warm as temperatures climb into the upper 80s.

Friday could potentially be the hottest day of the week. Expect highs to climb past 90 degrees. The heat will be short-lived as a cold front will approach bringing back a shot of showers or thunderstorms late in the day.

The holiday weekend looks cooler but dry. Expect highs to be in the low to mid-80s under a mix of sun and clouds.