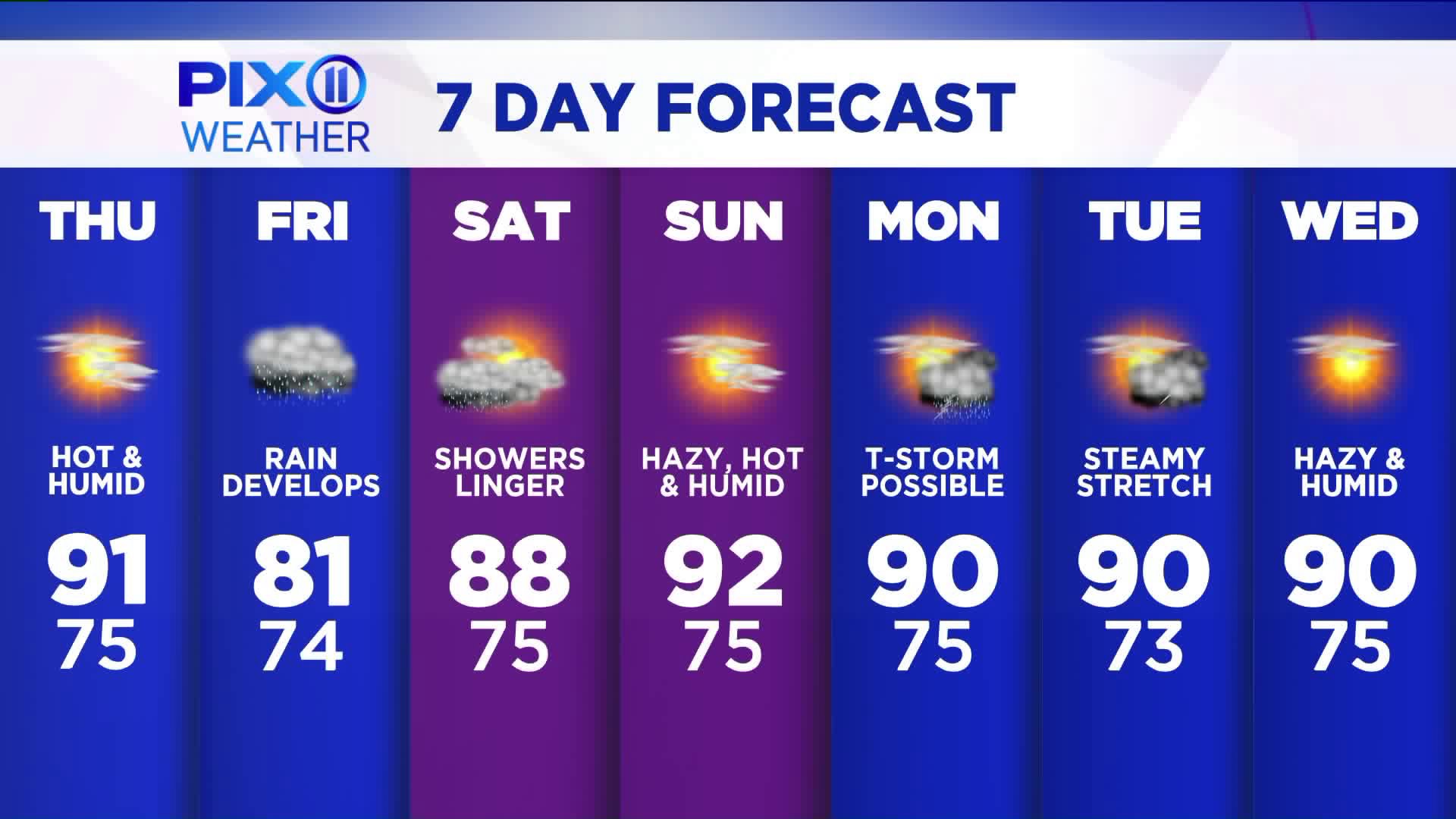 Thursday will be a hot and humid day. The threat of an afternoon thunderstorm will be less, so temperatures could climb to around 90 degrees during the afternoon. 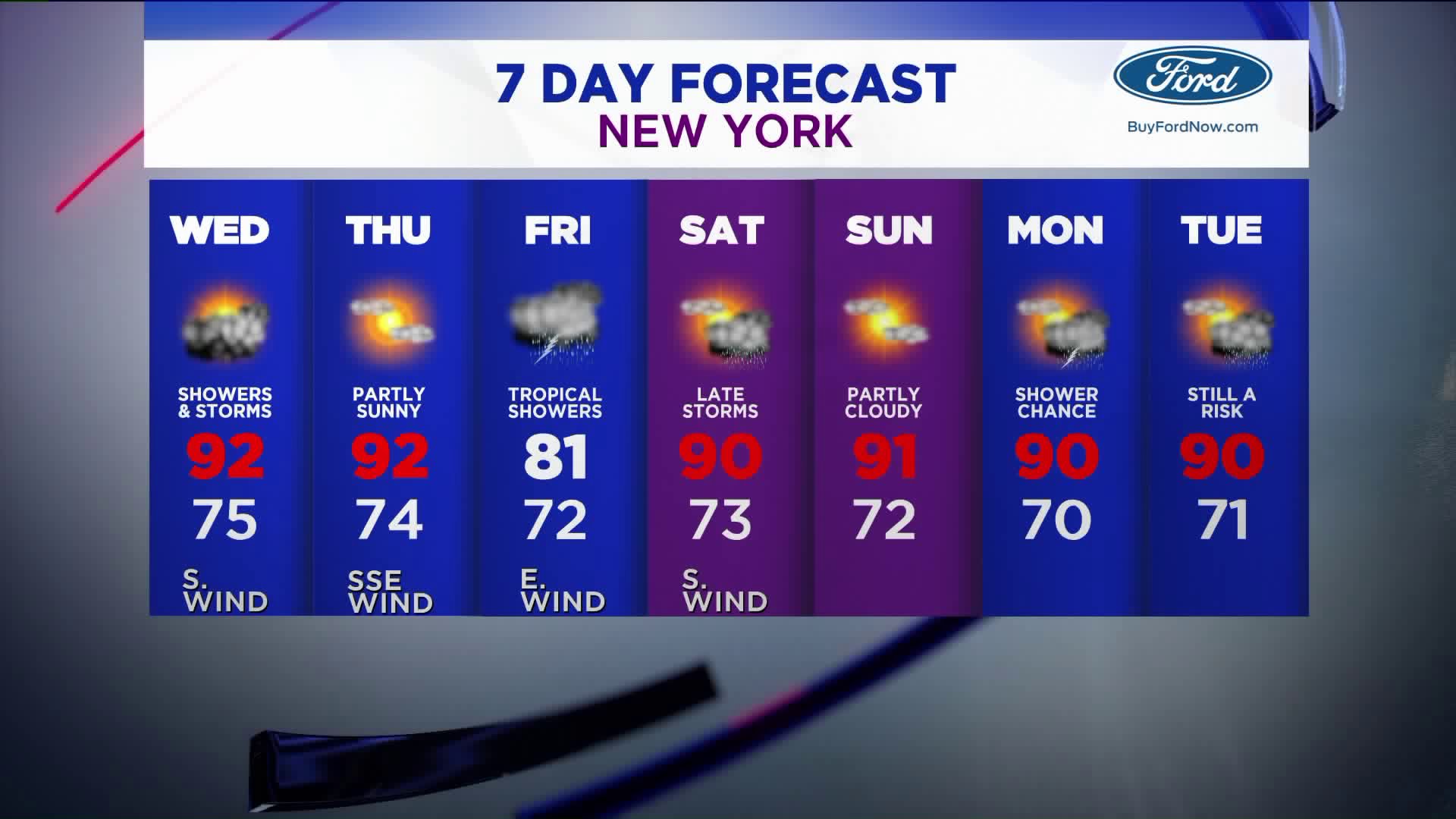 NEW YORK — The heat is on. A warm front lifted across the region early on Wednesday bringing in an unstable air mass that produced a few scattered thunderstorms during the afternoon.

By Thursday, temperatures are going to soar to around 90, but it will feel more like the mid to upper 90s during the afternoon. For this reason, a Heat Advisory has been issued for the day.

All eyes are then on an area of low pressure off the Carolinas that has the potential to become tropical or sub-tropical. Regardless, it will track to the north bringing some heavy rain and wind around here on Friday and possibly Saturday.

Any showers or thunderstorms that developed Wednesday afternoon will diminish early in the evening. The rest of the night will be dry, but it will be warm and muggy. Overnight lows will only be in the low to mid-70s.

The chance of pop up showers will be less on Thursday allowing temperatures to soar into the upper 80s to around 90. The humidity will be way up, making it feel more like the mid to upper 90s. Anyone easily affected by the heat and extreme humidity should take it easy during the day.

On Friday, a storm system will approach the region from the south. The National Hurricane Center is monitoring this storm that is just off the coast of the Carolinas as of Wednesday evening. They are saying that it has a 70% chance of becoming a tropical or sub-tropical system within the next day or so. Whether it has a name or not, it will track northward, bringing some rain around here as early as Friday morning.

The bulk of the rain looks like it will be sometime between the afternoon and overnight periods. As much as 1-2 inches of rain could fall, with more wherever the heaviest downpours develop. Also, there will be some wind along the coastal sections with gusts of 35 mph possible. Some beach erosion and dangerous rip currents could become an issue.

There is some uncertainly with respect to how fast the system will depart on Saturday. If it clears out early, temperatures are going to climb back into the upper 80s to around 90. An approaching frontal boundary will keep the risk of showers and thunderstorms during the latter part of the day and into the evening.

Sunday looks like it will be a better day, but it will be steamy. Expect mostly sunny skies with temperatures climbing into the lower 90s.