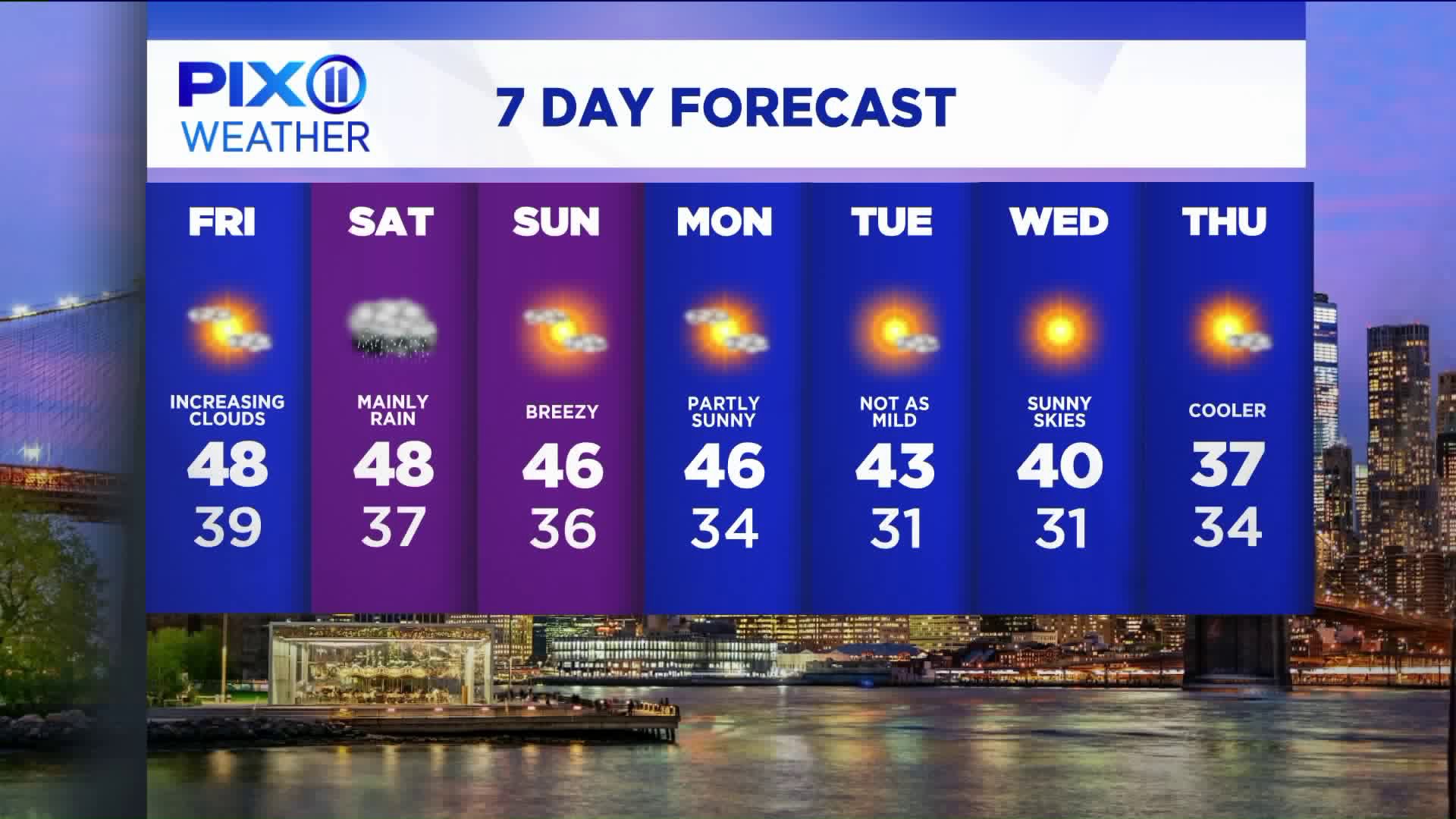 Clouds will continue to thicken on Friday. Winds will allow temperatures to moderate further into the upper 40s during the afternoon. 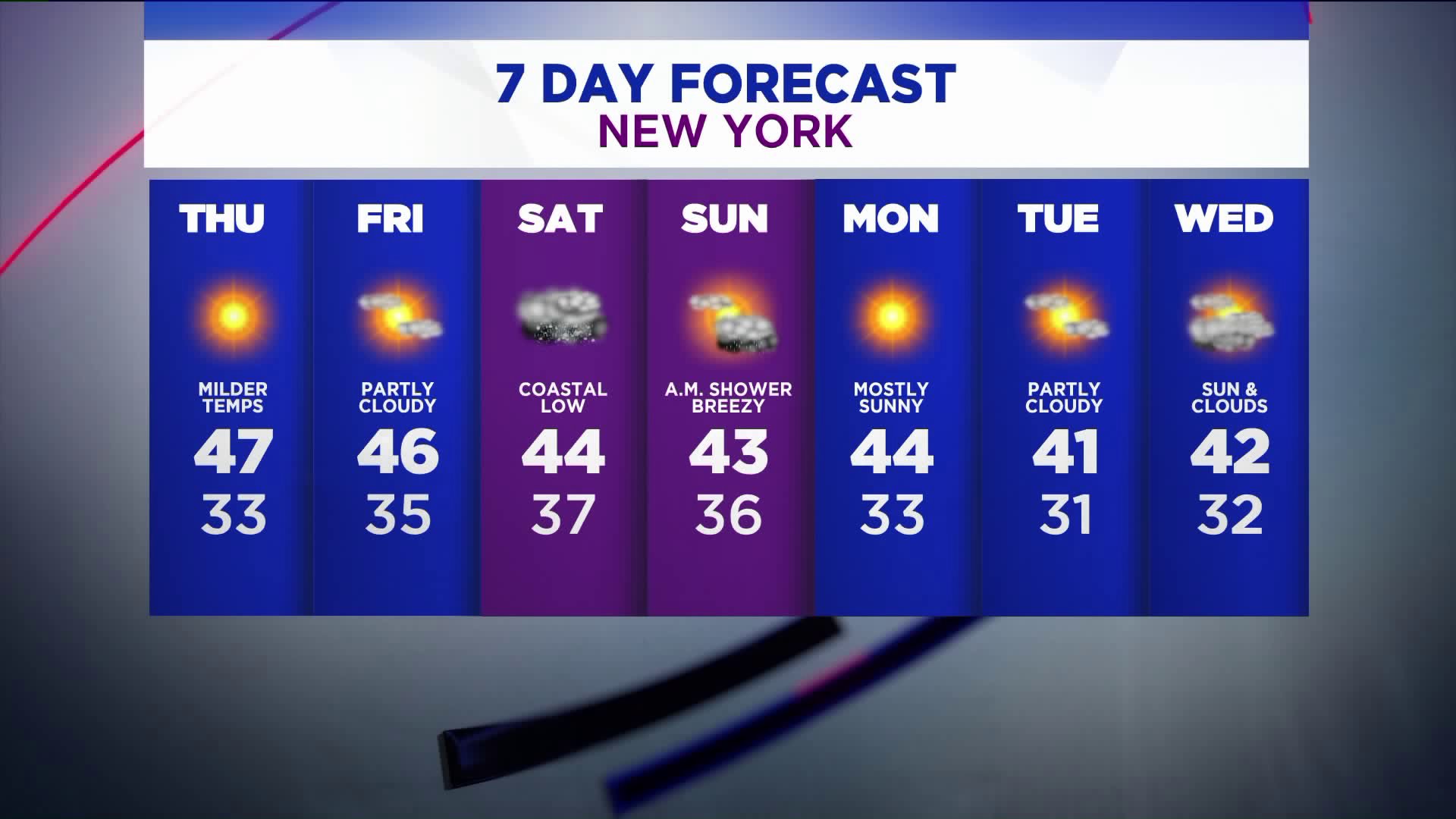 Some high clouds moved in earlier on Thursday and it will stick around through the night. Temperatures are expected to drop into the mid 30s. Away from the city, it will be much cooler with lows in the 20s possible.

Clouds will continue to thicken on Friday. Winds coming off the west or southwest will allow temperatures to moderate further into the upper 40s during the afternoon.

Rain should move in by Saturday morning and it could become heavy at times. As much as an inch of rain could be possible with temperatures in the upper 40s.

As mentioned, the track of the storm has shifted a bit more west, bringing in warmer temperatures. As a result, even inland areas will feature rain for the majority of the day. There could still be a bit of an icy mix possible at the onset and at the tail end, but the impacts look to be negligible for the most part.

The rain and any icy mix should be over with Saturday evening and skies will clear out as we head into Sunday. A stray rain or snow shower will be possible well north and west during the day. The rest of the region will stay partly sunny and breezy. Highs will be in the mid 40s.