Mild end to the workweek before a weekend soaker 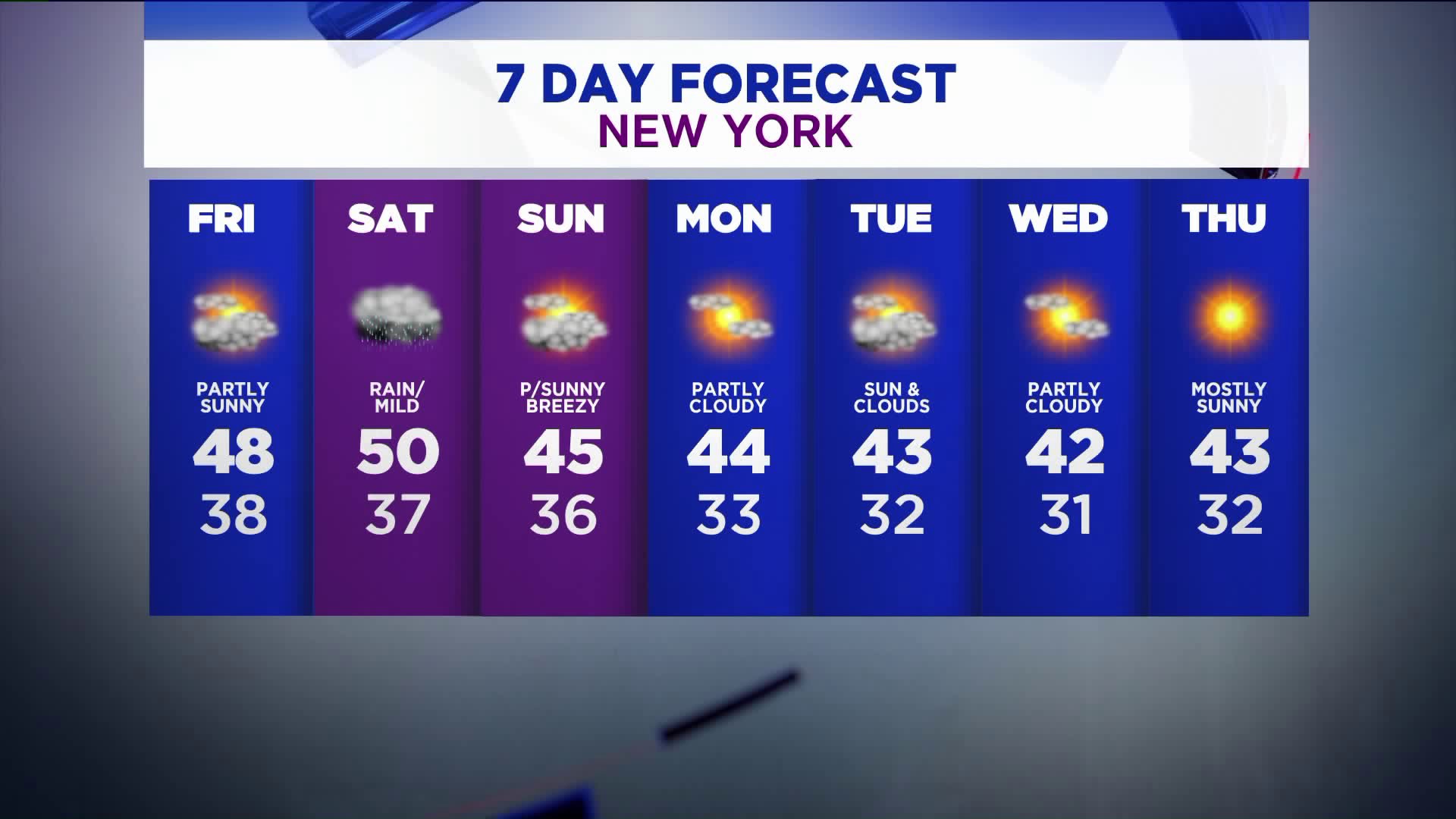 We can expect above average temperatures through the weekend, but get ready for soaking rain on Saturday. Marissa Torres has the forecast.

NEW YORK — Got weekend plans? You may want to stay indoors on Saturday.

High pressure moves offshore Friday followed by a storm system, which arrives in time for the weekend. We can expect partly sunny skies Friday afternoon with a high temperature of 48 in the city, low 50s in the suburbs. The normal high temperature in Central Park is 38 degrees.

Rain should move in by Saturday morning and it could become heavy at times. As much as an inch of rain could be possible with temperatures in the upper 40s.

The track of the storm has shifted a bit more west, bringing in warmer temperatures. As a result, even inland areas will feature rain for the majority of the day. There could still be a bit of an icy mix possible at the onset and at the tail end, but the impacts look to be negligible for the most part.

The rain and any icy mix should be over with Saturday evening and skies will clear out as we head into Sunday. A stray rain or snow shower will be possible well north and west during the day. The rest of the region will stay partly sunny and breezy. Highs will be in the mid 40s.