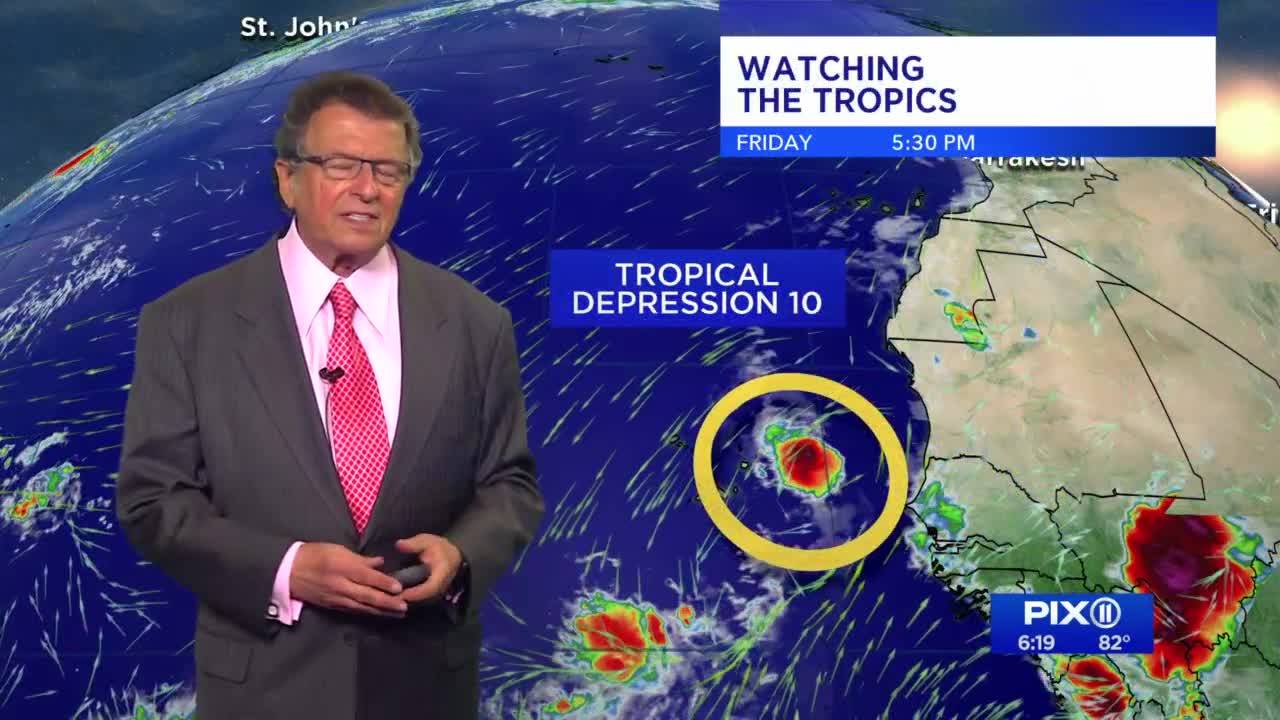 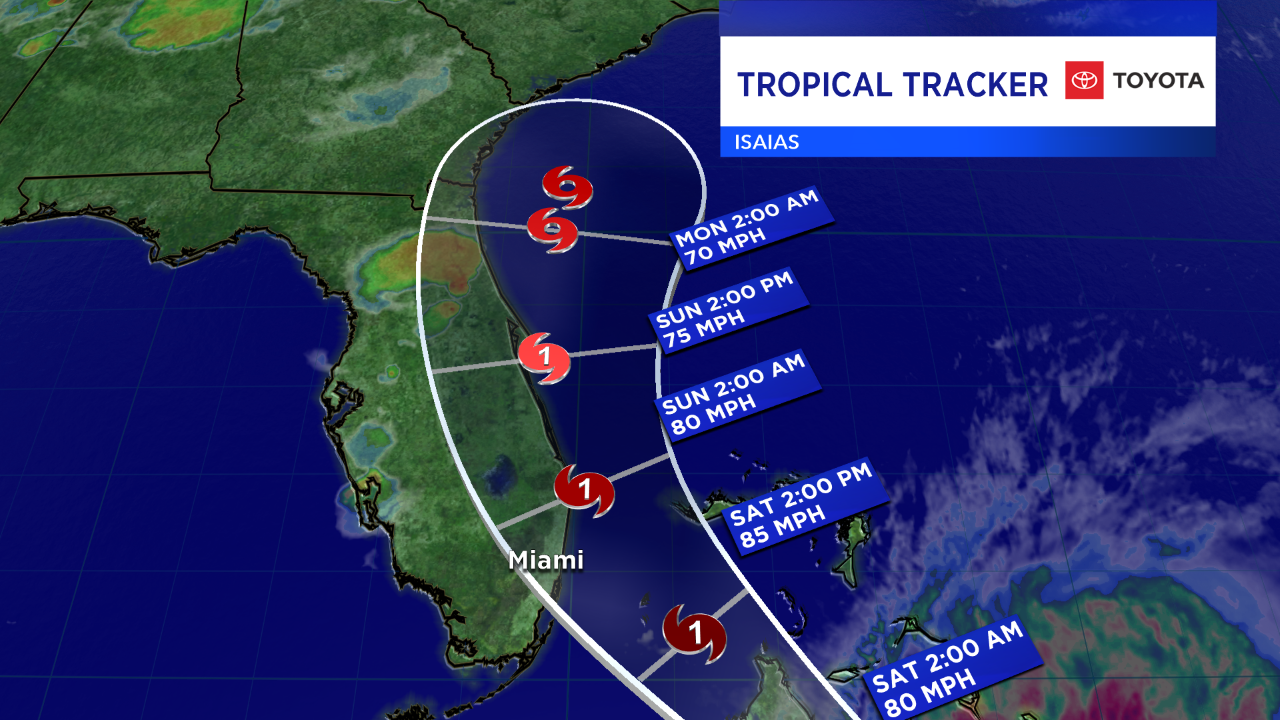 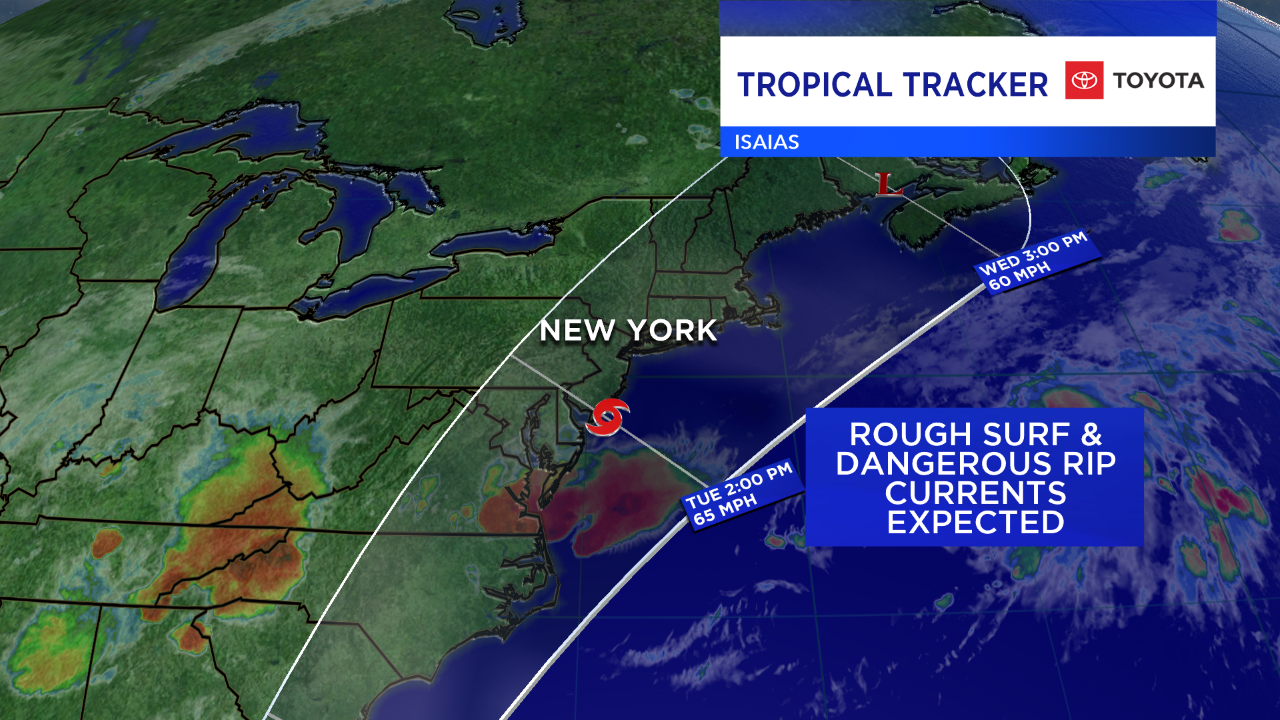 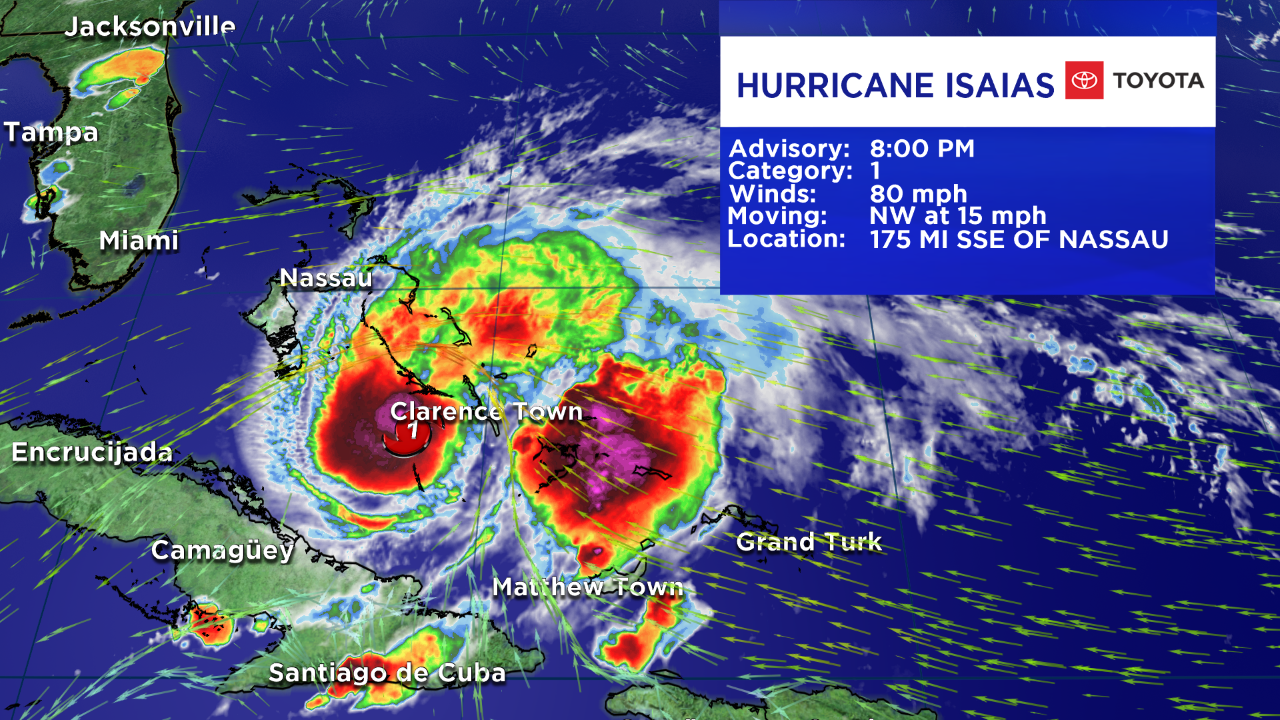 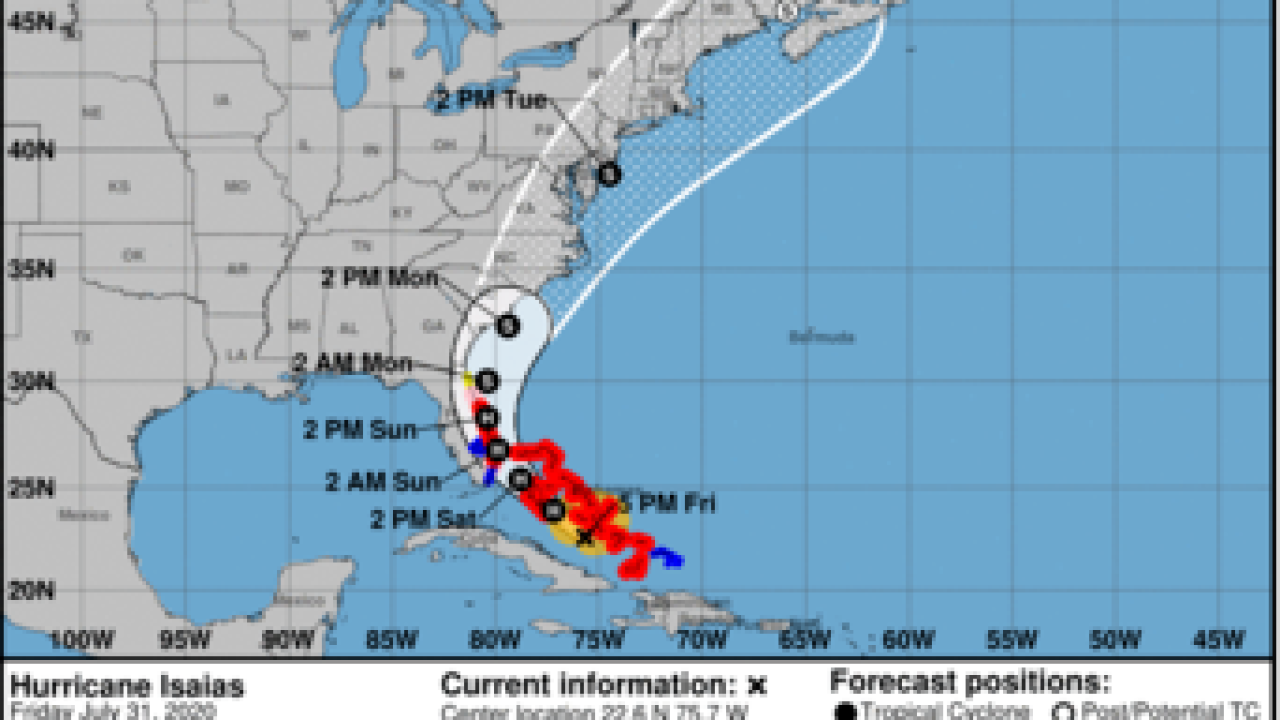 SAN JUAN, Puerto Rico — Forecasters have declared a hurricane warning for parts of the Florida coast as Hurricane Isaias drenches the Bahamas on a track for the U.S. East Coast., with New York City a part of the storm's potential track according to some forecasts.

Mayor Carlos Gimenez said the county has 20 evacuation centers on standby that could be set up with COVID-19 safety measures.

The U.S. National Hurricane Center said Isaias had maximum sustained winds of 75 mph Friday afternoon and it was expected to remain a hurricane for the next few days.

Once moving through Florida, the storm is expected to the Carolinas and mid-Atlantic.

New York City is within the cone of uncertainty, indicating the storm could pass through the region on Tuesday.

That being said, it is still roughly four days away and the National Weather Service said that it's too early to get into the specifics of what the storm will do in the tri-state region, said PIX11 weather producer Andrew Cruz.

For now, it is safe to say the there will be rough surf and dangerous rip currents in the coming days, he said. All of this will lead to some beach erosion.

Through the weekend, we will get a better idea on how much rain, wind, and any storm surge that Isaias will give our region, Cruz said.

Mayor Bill de Blasio said Friday the city is watching the storm, but isn't concerned yet about a major impact.

"So far, the projections look pretty favorable to us," the mayor said at news conference Friday. "The chance of us having a substantial impact is minimal, and this would be in the early part of next week, but we're watching this hour by hour...I think we'll know a lot more in the course of the next 24 hours, and we'll have plenty of time in that case to give people appropriate instruction depending on what we learn."