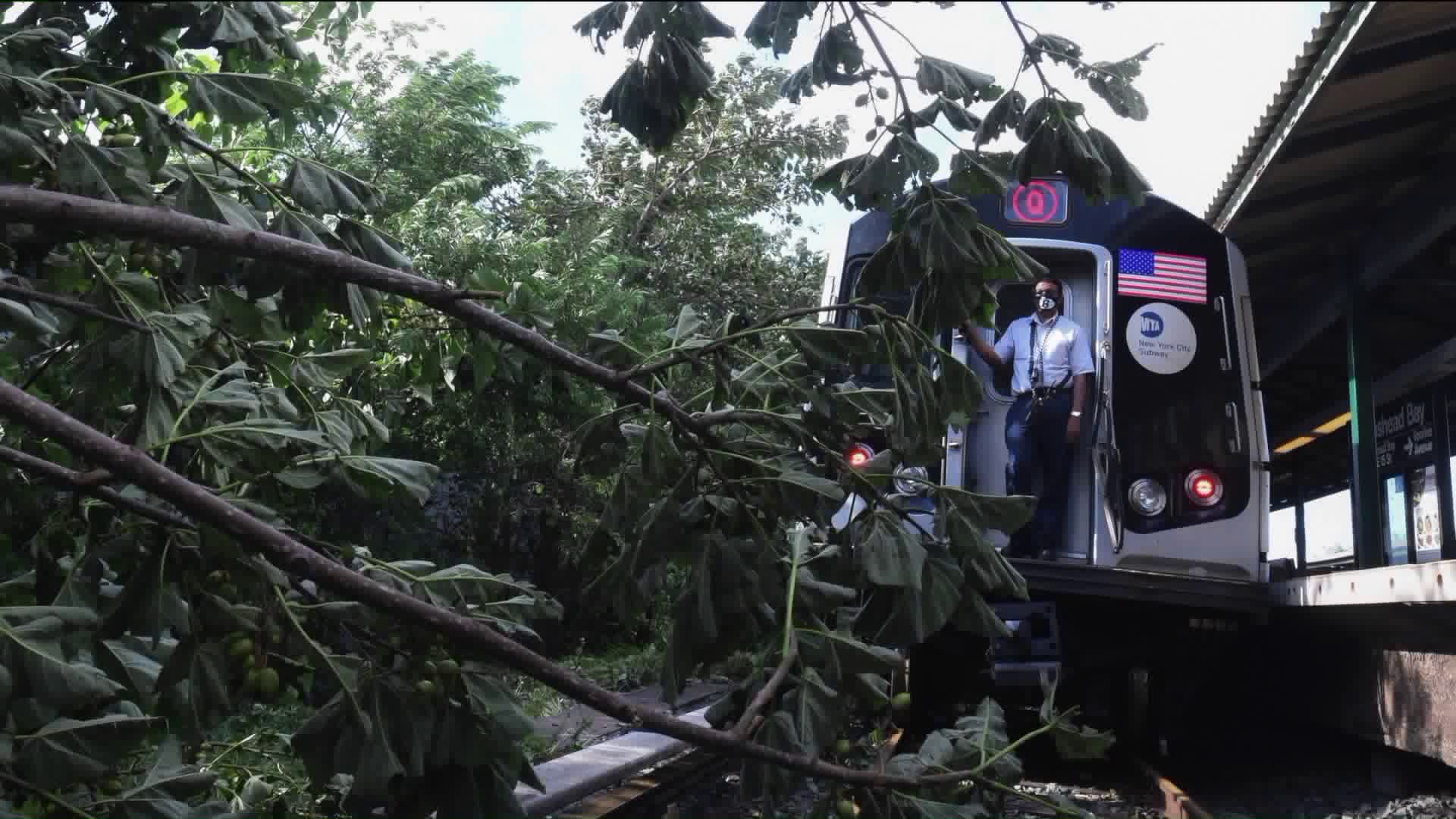 Tropical Storm Isaias’ relentless winds blew for hours, toppled trees, cut power and stopped trains on their tracks. Mass transit systems across the tri-state area were brought to a halt.

Mass transit systems across the tri-state area were brought to a halt Tuesday.

Ridership was not as high compared to pre-pandemic levels, but many essential workers and those not working remotely had to find other ways to get back home.

MTA Chairman Pat Foye told the PIX11 Morning News that crews were working "around the clock" to restore service. Watch his interview:

Isaias: MTA working around the clock to get back on track

The MTA said New York City subway service had been fully restored by Wednesday morning after most outdoor lines were temporarily suspended Tuesday.

MTA bus service was operating as well, with detours as needed.

Most of the Long Island Rail Road's branches were restored Wednesday. By they afternoon, Crews had restored service on the Babylon, Ronkonkoma, Port Washington, Far Rockaway, Hempstead, Long Beach and West Hempstead branches, according to the transit system.

On the Port Jefferson Branch, service is suspended between Huntington and Port Jefferson as crews work to remove trees, utility poles and debris as well as repair tracks and signals damaged in the storm.

The Oyster Bay Branch is experiencing delays and train cancellations.

Customers have been advised to allow extra travel time and expect delays or cancellations.

Once repairs are complete and tracks are inspected, lines will resume on a weekend schedule.

Crews continue to work throughout the system to remove downed trees, repair track and signals, and restore service. On the @NJTRANSIT_NJCL, crews are working to inspect and repair overhead wires and signals. pic.twitter.com/cVrP25db74

Service along the New Canaan Branch is suspended between New Canaan and Stamford "due to extensive damage to our infrastructure as a result of the storm," Metro-North said around 11 a.m. Substitute buses will operate for all trains, following a weekend schedule.

New Haven Line service was operating on a weekend schedule between Grand Central Terminal and Stamford, with no service to Mount Vernon East, Pelham and New Rochelle. Customers could see delays up to 45 minutes.

Crews are working to clear tracks and repair rails to get service back up and running.