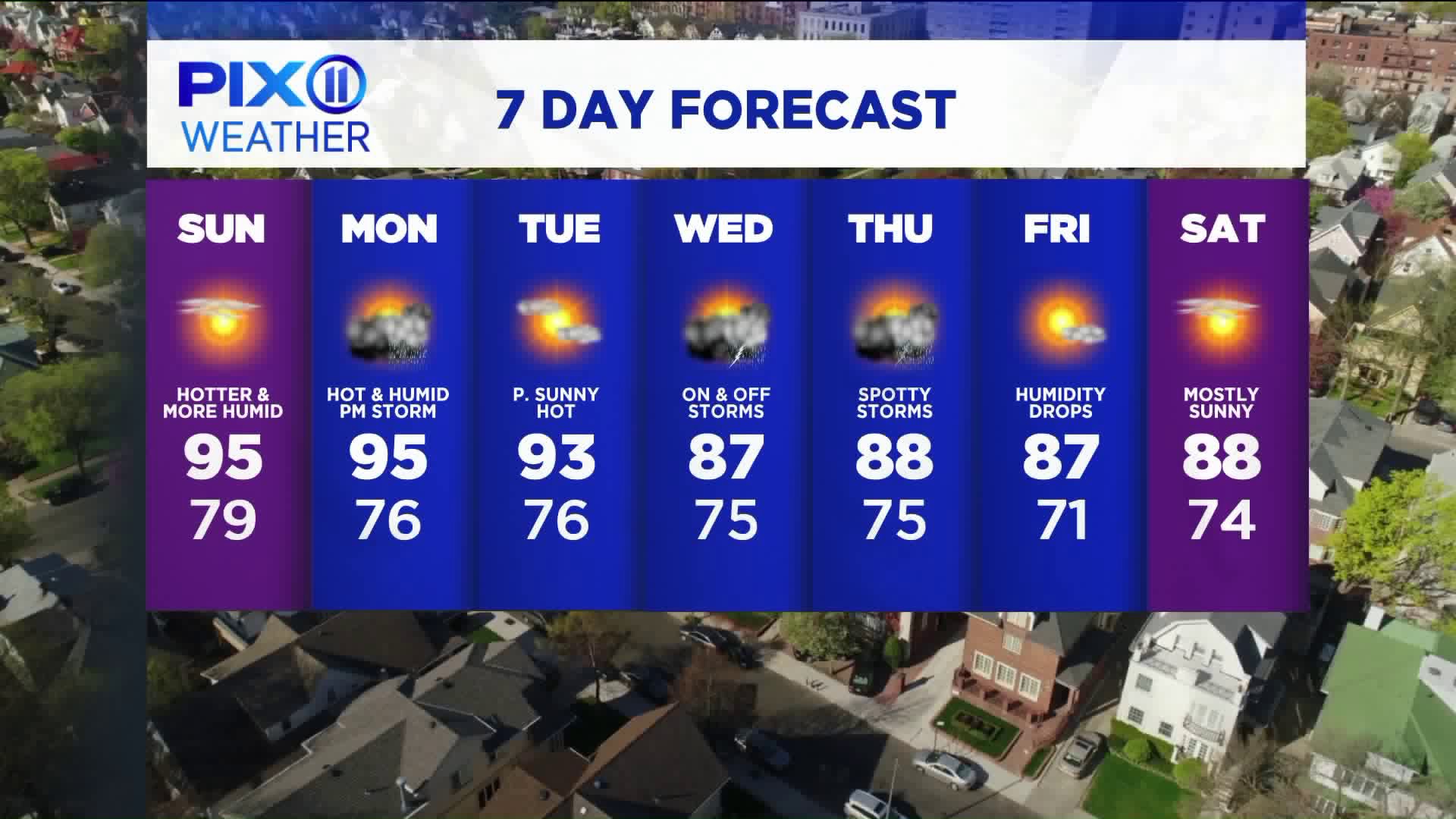 It's gonna stay hot through at least Tuesday.

NEW YORK — The hottest temperatures of the summer are already underway.

The same weather system that’s been brewing across the south central United States has begun its move into the Northeast.

With highs maxing out at 91 at Central Park on Saturday, the unseasonably hot weather is just a taste of what is to come. Highs are slated to surpass 90 degrees across the region Sunday, Monday and Tuesday.

The National Weather Service has issued an excessive heat warning that will go into effect from noon Sunday to 8 p.m. Monday for most of New Jersey.

There are also air quality warnings issued for New York City Sunday and most of Northern New Jersey Sunday and Monday.

Since heat indices are expected to reach 95 or higher for two or more consecutive days, NWS has also implemented a heat advisory from noon Sunday to 8 p.m. Monday for most of the remaining tri-state region.

The advisory is also issued if the heat index rises between 100-104 at any point. If it goes higher than 104, an excessive heat warning is issued.

That said, you can expect dangerous heat to dominate through the early part of next week. It will likely remain dry through the weekend followed by a chance for showers and storms on Monday.

This will be the first heat wave of New York City since 2019. Temperatures soared between 90 and 95 degrees at Central Park from July 19 to July 22.

As far as relief goes, anticipate a break from the dangerous heat later in the week. There's also a chance for storms Wednesday and Thursday.