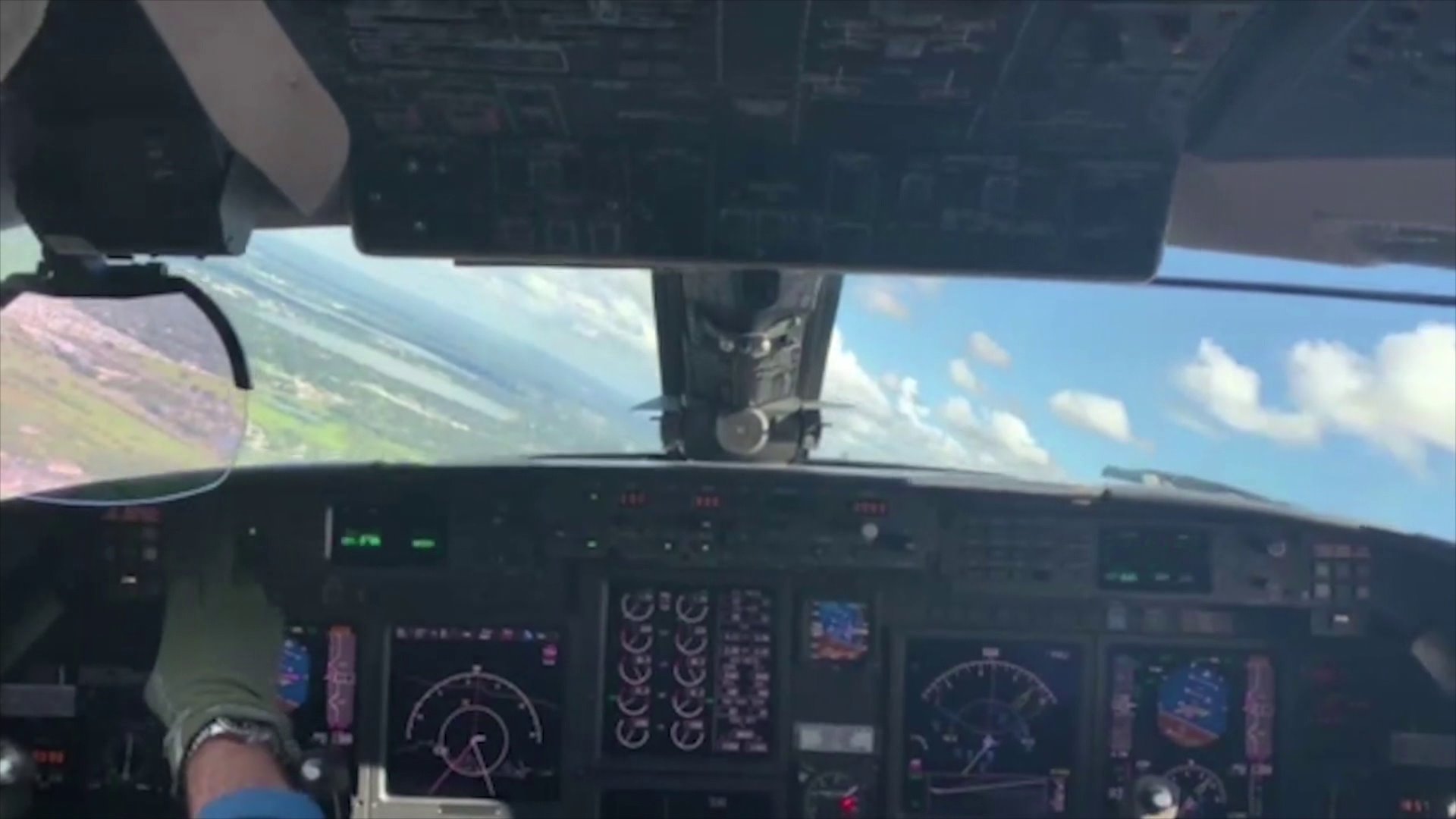 As the gulf braces itself for the devastating blow of hurricane Zeta, meteorologists are hard at work to bring us the latest updates about the tropical cyclone from the ground.

NEW YORK — As the gulf braces itself for the devastating blow of hurricane Zeta, meteorologists are hard at work to bring us the latest updates about the tropical cyclone from the ground.

But, there are also brave men and women who fly into these kinds of destructive cyclones for the most accurate information.

The National Oceanic and Atmospheric Administration pilot is among a team of six, including a co-pilot, a couple of meteorologists, and 2 scientists soaring to many heights of a cyclone. They take off every 12 hours with each flight lasting about eight hours from NOAA’s Aircraft Operations Center in Lakeland, Florida.

The mission began in 1944 during the Great Atlantic Hurricane. Over the years, times have changed, so has the aircrafts and technology. Today, the P-3 aircraft is used to fly into the eyewall of a storm at about 10,000 feet, it’s currently being used in Zeta.

While it pinpoints the storm's exact location, the NOAA’s GulfStream IV captures a broader view of what’s happening beyond the storm, reaching between 41,000 and 45,000 ft. The crew is guided by Doppler Radar throughout each flight. They release Dropwindsondes at different parts of the storm.

The device collects pressure, temperature, humidity, and wind. That information is relayed to computer models to help meteorologists with their forecasts by carving out the storm’s path and where it could make landfall.

Even though Zeta may not pack as much punch as other hurricanes this season, its power will be felt as it makes landfall along the gulf coast. And, Monsour says his crew is prepared for any challenges that may come along the way.

With about a month left to go of hurricane season, there’s still a chance of more record breaking storms. And the hurricane hunters are ready to fly.