How long will the chill last? 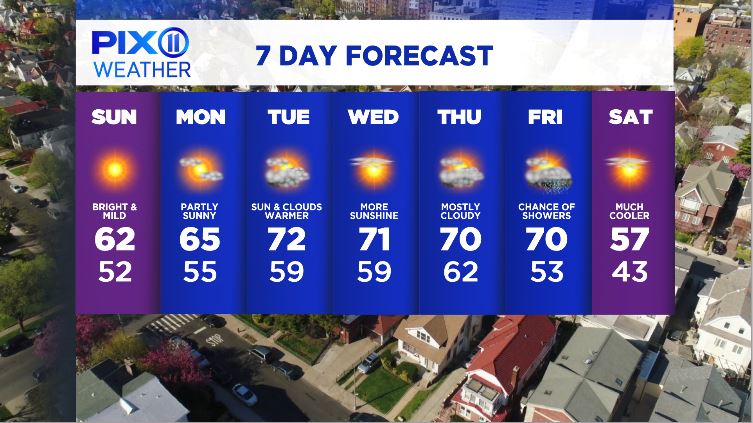 We woke up to the coldest temperatures so far this season in the wake of yesterday’s storm. Morning lows bottomed out at 44 degrees at Central Park before reaching 59 degrees in the afternoon. 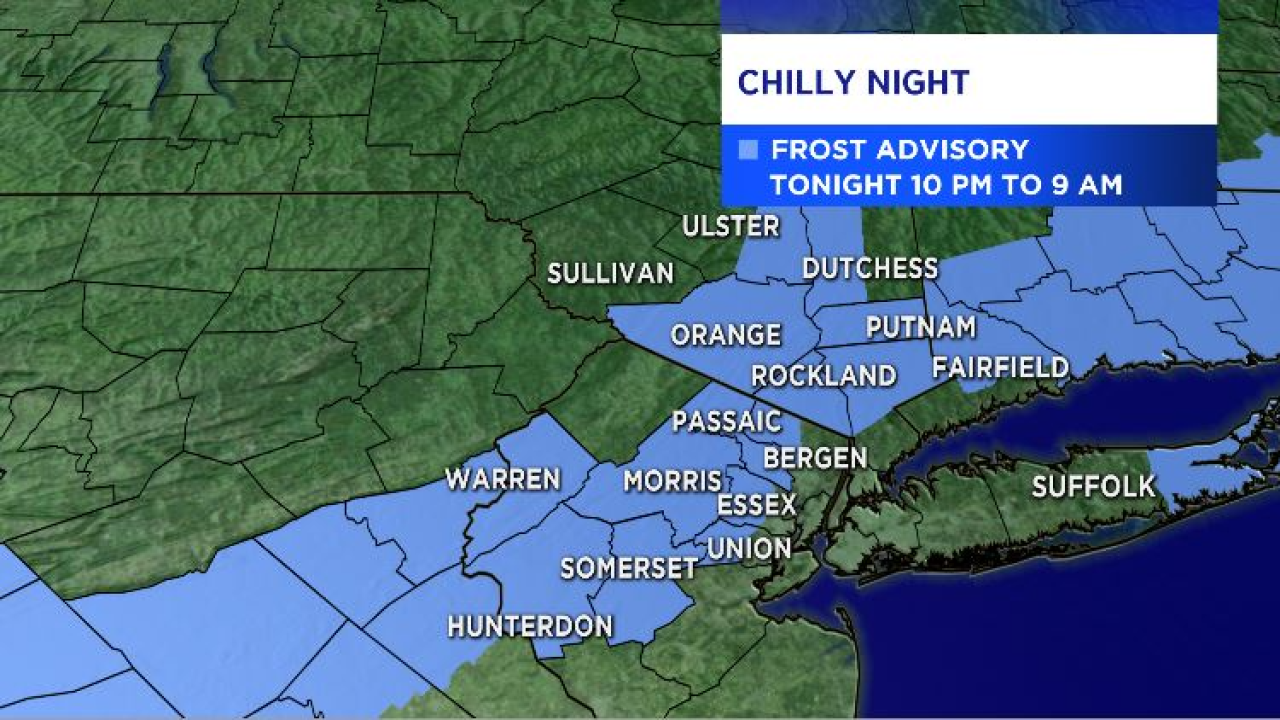 NEW YORK — We woke up to the coldest temperatures so far this season in the wake of Friday's storm.

Morning lows bottomed out at 44 degrees at Central Park before reaching 59 degrees in the afternoon.

You can expect another chilly night. In fact, you’ll need to bring in any outdoor plants and hit that defrost button in your car before hitting the road. A frost advisory will go into effect from 10 p.m. Saturday to 9 a.m. Sunday morning.

But the fall chill will be short lived. The rising sun will heat things up allowing for highs to reach the low 60s Sunday afternoon.

Sunshine is slated to return on Monday along with milder temperatures. The warmup continues throughout the week. Highs will likely max out in the low 70s for the second half of the week. In the meantime, enjoy the dry streak!

You won't need the umbrella until Friday.

It’s a close call. The tropical wave we’ve been tracking is now about 500 east-southeast of Bermuda. As of the National Hurricane Center’s most recent update, the showers and storms have become better organized and are at 80% chance of becoming Epsilon within the next couple of days.