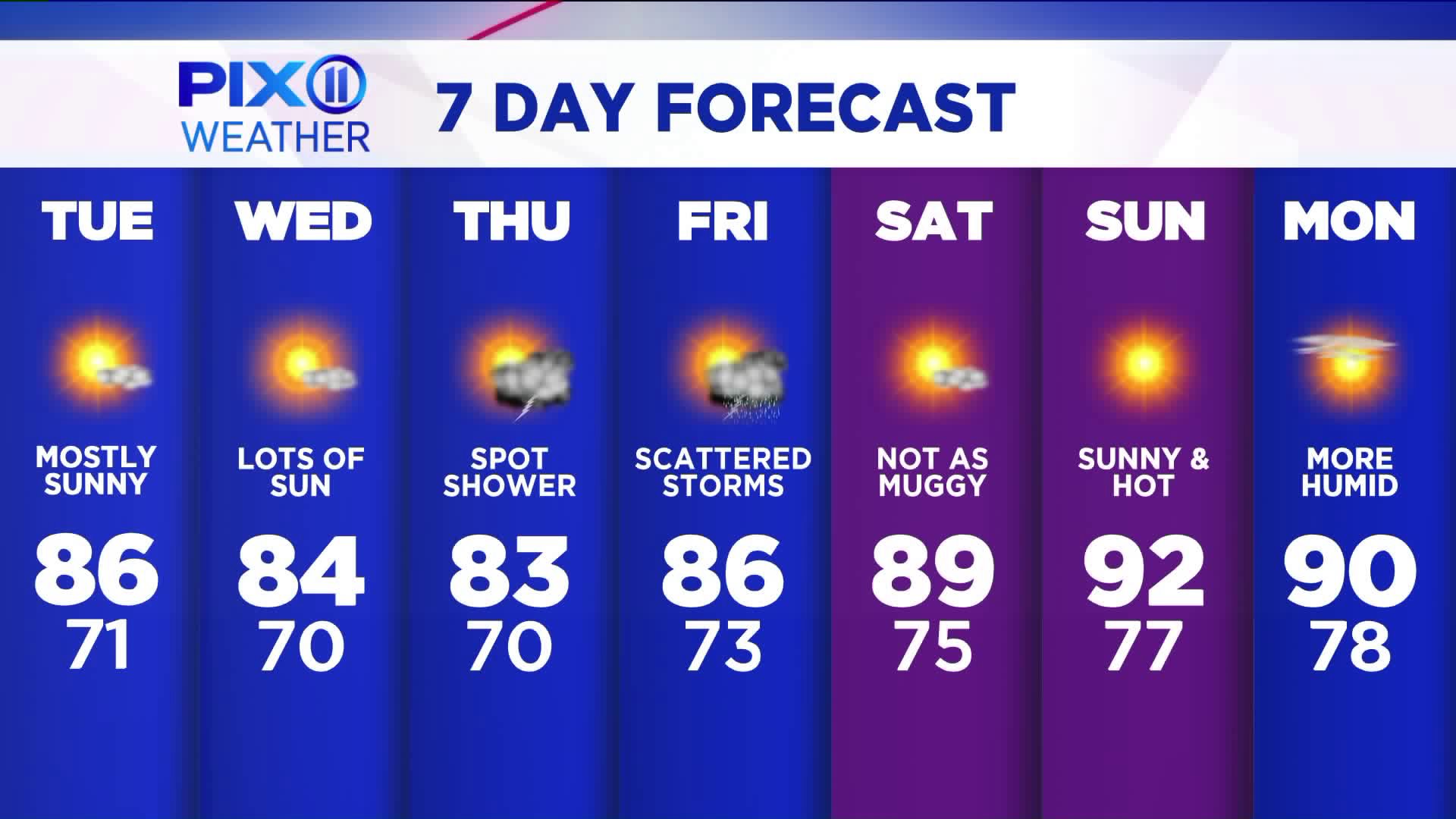 With no extreme heat expected, it will be a relatively comfortable stretch. Tuesday will be a warm day with temperatures climbing into the mid to upper 80s during the afternoon. 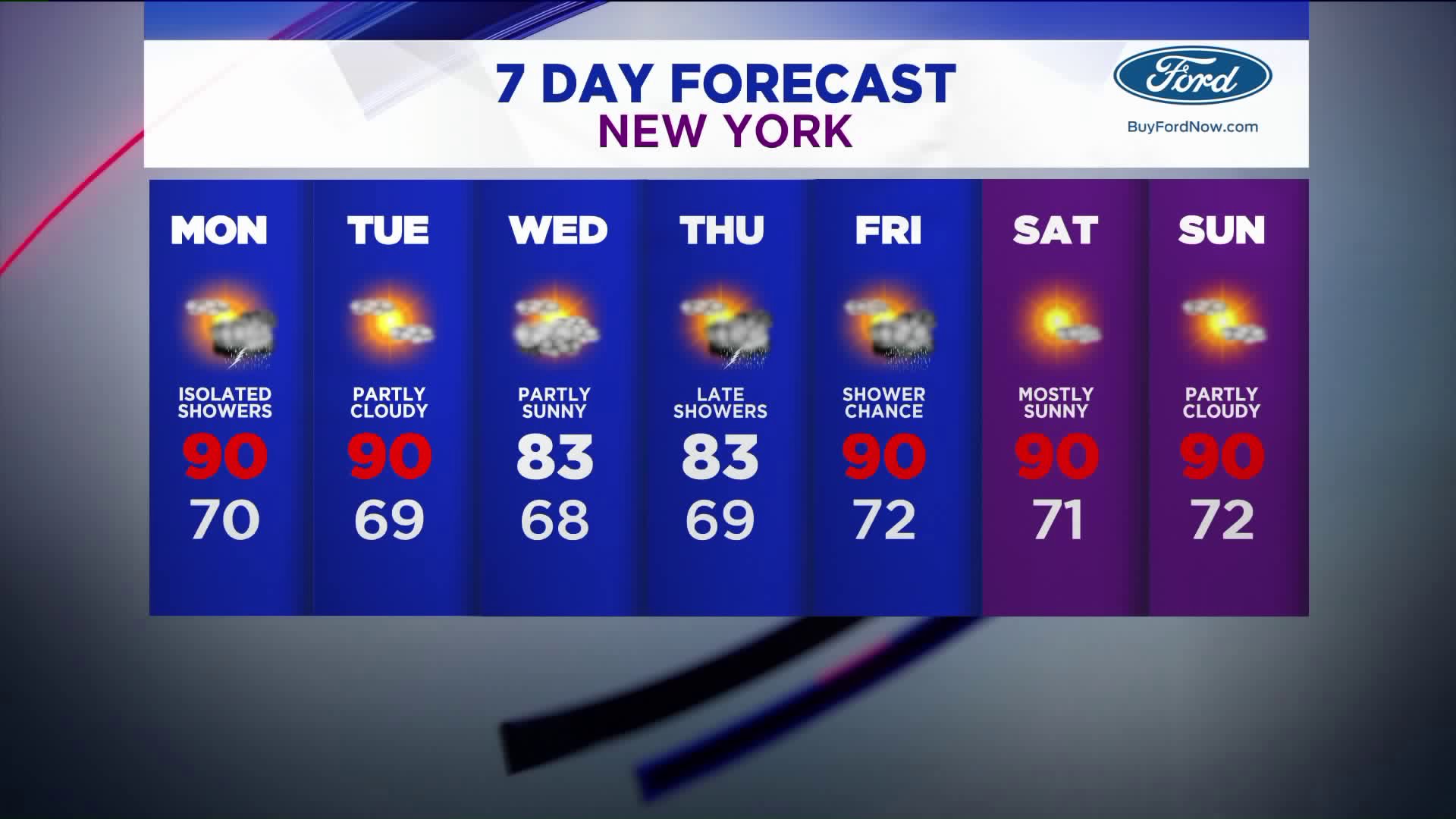 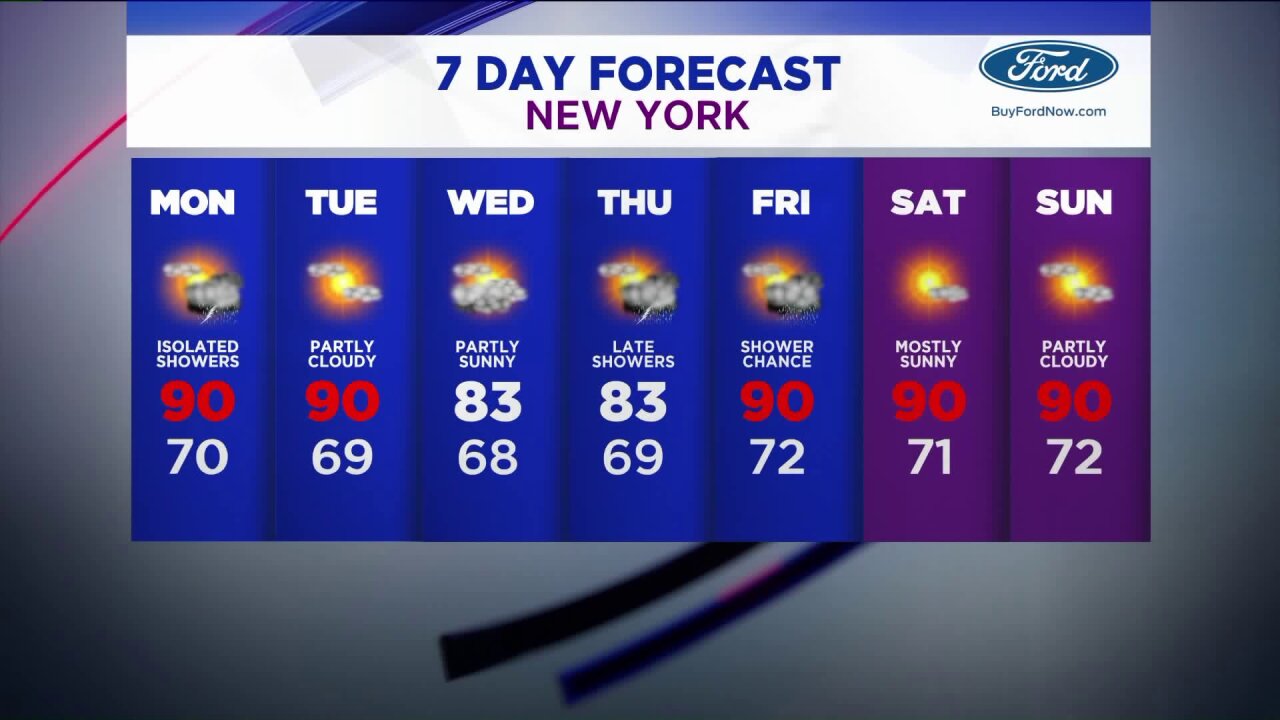 NEW YORK — After a steamy weekend, the humidity has backed off for the next couple of days. With no extreme heat expected, it will be a relatively comfortable stretch. An area of high pressure from Canada will stick around for much of the week. Toward the end of the week, a cold front will bring back the chance of showers.

Skies will be generally clear through Monday night as high pressure starts to move into the Ohio Valley. Expect temperatures to drop to around 70 in the city. Some areas well away from the coast will drop down to around 60.

Tuesday will be a warm day with temperatures climbing into the mid to upper 80s during the afternoon. The humidity remain on the lower end, making it feel not too bad. While there is a threat for a stray afternoon shower, the vast majority of the day will be dry.

By Wednesday, a pleasant breeze from the north will keep temperatures in the lower 80s. Many spots inland may end up only in the upper 70s during the afternoon.

The humidity could start creeping back up by Thursday as the winds shift more southerly. Expect highs to be in the upper 80s. The risk of an afternoon thunderstorm cannot be ruled out.

A cold front will approach the region on Friday and bring back the humidity. Temperatures return into the mid to upper 80s, but then scattered showers and thunderstorms will develop during the day and into the evening.

Despite the passage of the cold front, it looks to be a hot weekend. Temperatures will soar into the lower 90s. The humidity will also be on the high side, but it won't be too oppressive.