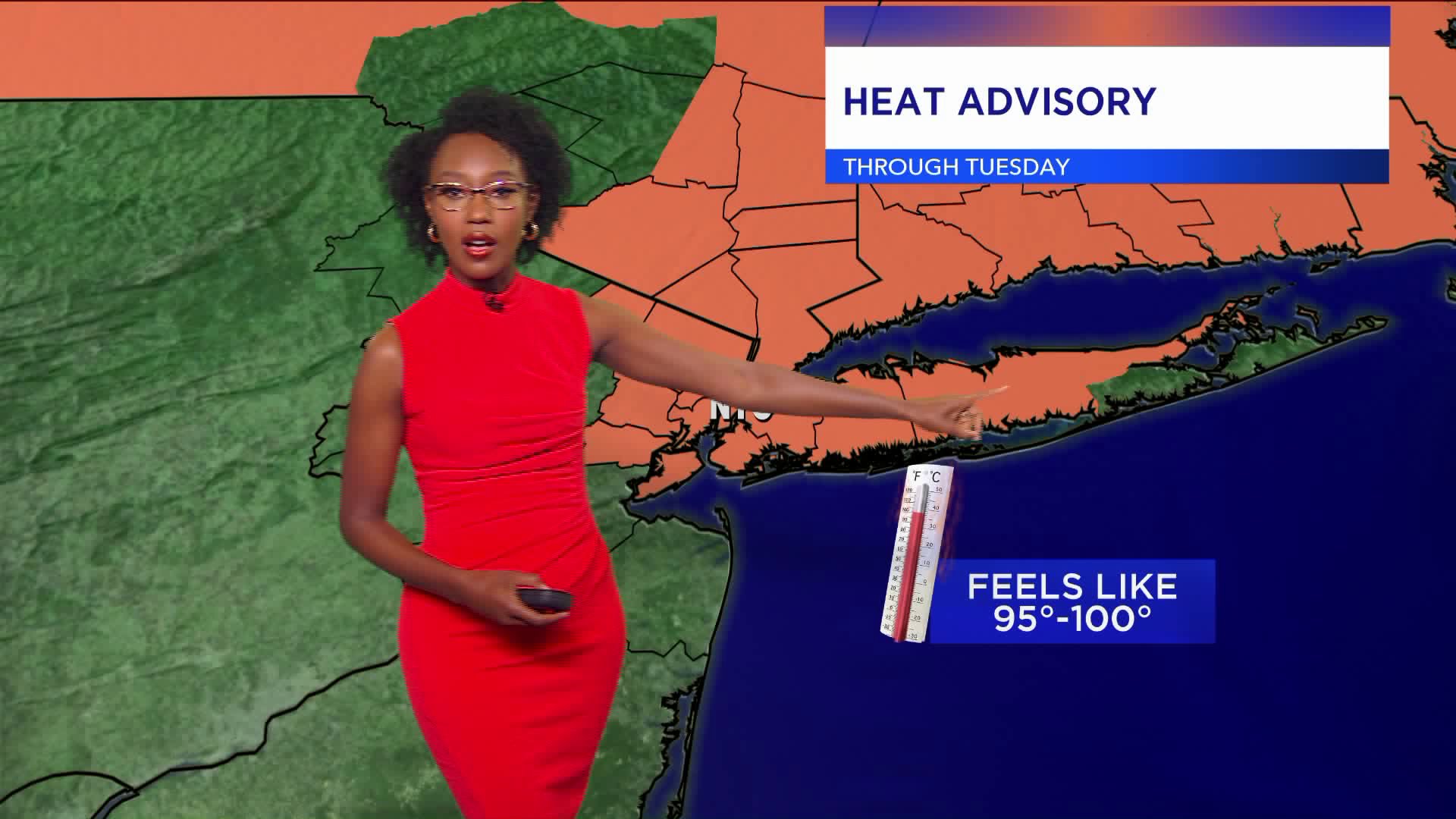 Temperatures are expected to reach into the mid-90s through Tuesday, but the heat index could make it feel closer to 100 degrees in some spots. 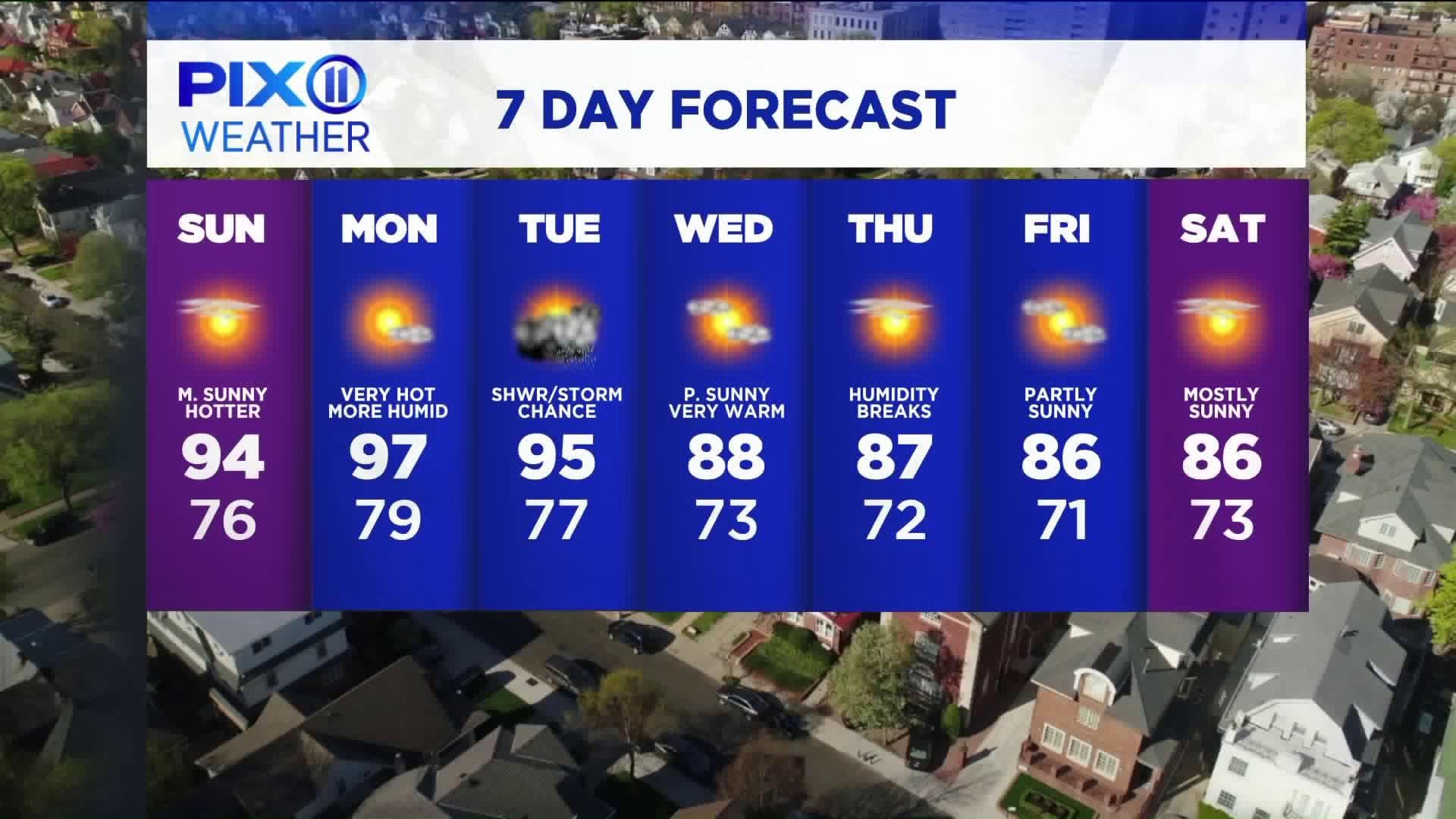 NEW YORK — We are gearing up for the second heat wave of the season. We started out with a low of 77 degrees at Central Park Sunday morning, which is just two degrees shy of tying the 1979 record. There is a good chance of meeting or breaking previous "highest morning low records" Sunday and Monday night as temperatures are expected to bottom out in the upper 70s.

As far as afternoon highs, the same rings true. Temperatures made it to 92 in the city, which was not a record breaker. However, maximum temperatures are slated to reach 97 degrees Monday, which comes close to the 1963 record of 98 degrees. The heat will carry over into Tuesday along with heat indices around 100 degrees at times.

That said, a heat advisory that will remain in effect through Tuesday at 8 p.m. Even though the air quality alert has been lifted for most of the NY Metro area, it remains in effect for southern CT Monday.

Finally, it looks like the dry streak will likely come to an end on Tuesday afternoon as a cold front brings showers and storms to the area. There could be a few more scattered showers and thunderstorms early Wednesday morning followed by gradual clearing.