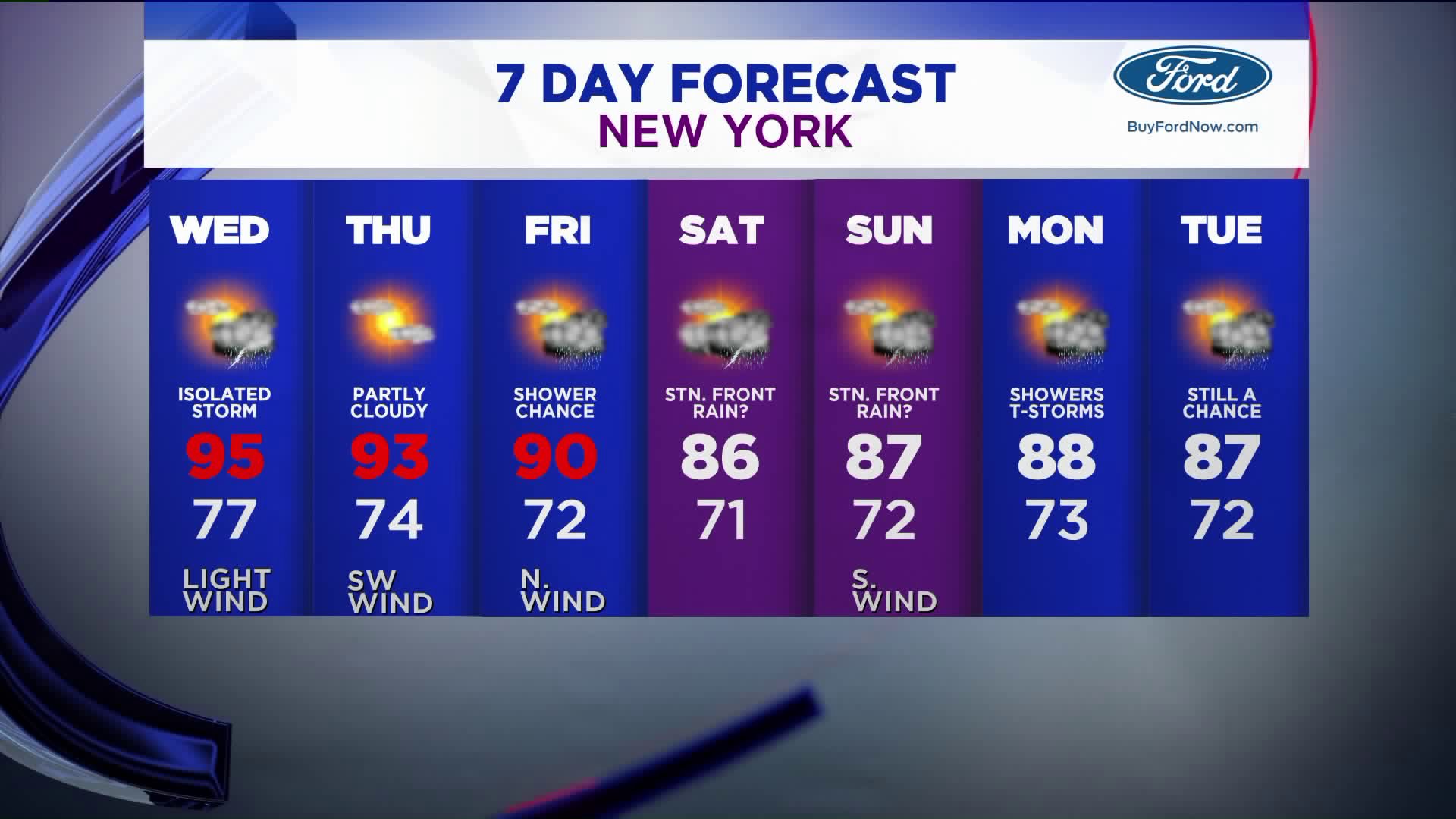 High pressure will continue to bring heat to the tri-state area Wednesday as a front slowly approaches from the west. We can expect partly cloudy skies Wednesday afternoon with a chance of an isolated shower or thunderstorm. The high temperature will be 90 in the city, low 90s over inland sections, upper 80s over coastal spots.

NEW YORK — The second heat wave of the season became official on Tuesday as temperatures climbed into the 90s for the third day in a row.

This will likely continue Wednesday as high pressure continues to bring heat to the tri-state area, and a front slowly approaches from the west.

We can expect partly cloudy skies Wednesday afternoon, with another chance of an isolated shower or thunderstorm.

Temperatures will climb back to around 90 in the city during the afternoon but the "drier" heat will make it feel a little more bearable than the past few days. The feel-like temperature will be about 95 degrees.

The high temperature Wednesday will be in the low 90s over inland sections and in the upper 80s over coastal spots.

The humidity climbs back up briefly on Thursday as the winds shift back to the southwest. Temperatures will hold in the lower 90s, but another cold front will approach in the afternoon. Scattered storms will develop late in the day and that will allow the heat to finally ease for Friday.

Expect temperatures to hold in the upper 80s on Friday under partly cloudy skies. The frontal boundary could linger around on Friday keeping the risk of a shower or two around.

After one more hot day on Saturday with highs around 90, temperatures will hold the 80s starting on Sunday. The risk of afternoon showers and thunderstorms will return on Sunday and could continue into early next week.