Heat wave day 4: Tuesday will be hot, but not as oppressive 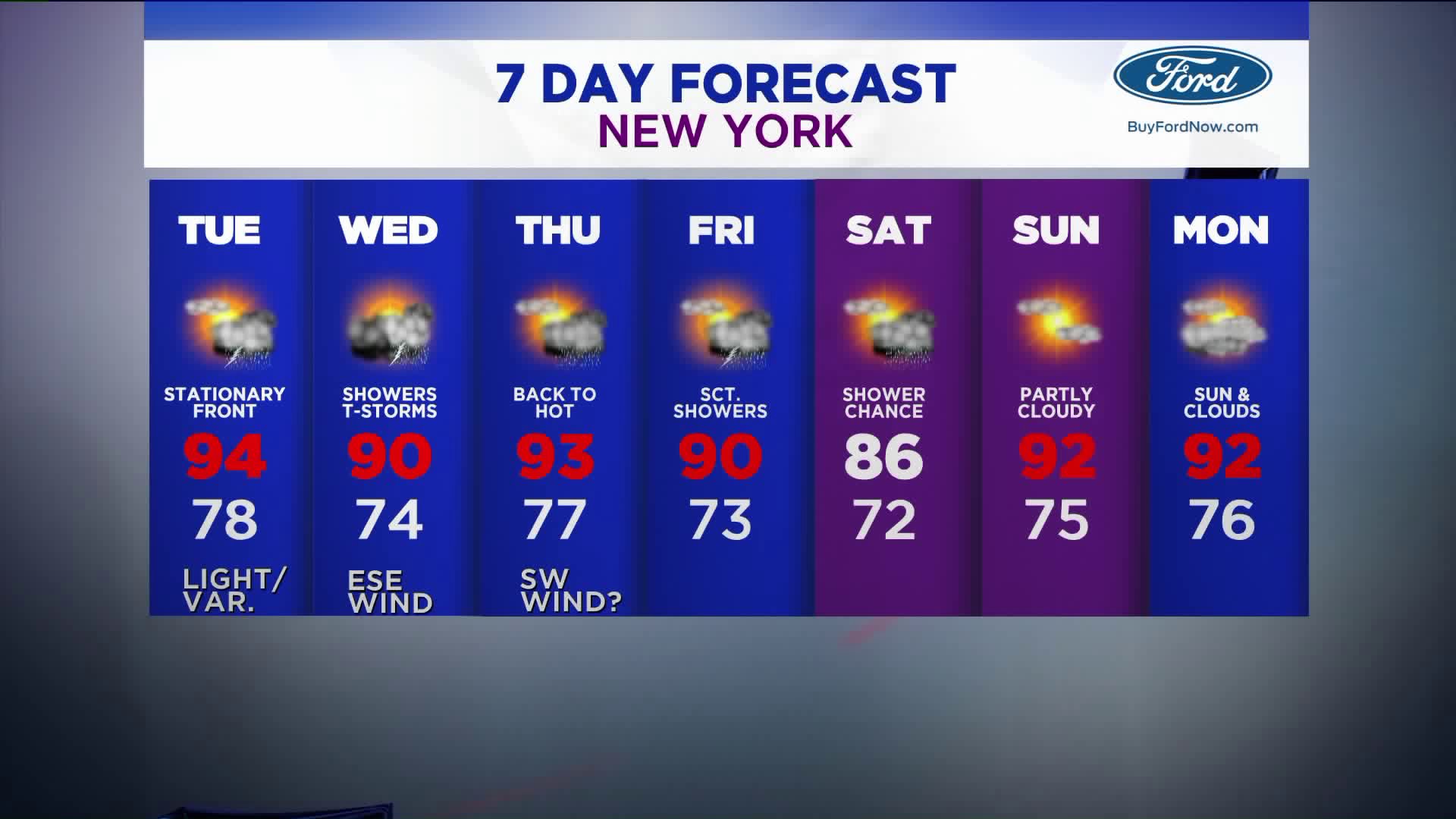 We'll likely see a fourth day of the heat wave as temps are expected to climb into the 90s once again Tuesday. We can expect partly cloudy skies Tuesday afternoon with a chance of an isolated shower or thunderstorm. We'll see a high of 93 in the city, low 90s over interior sections and upper 80s over coastal spots. 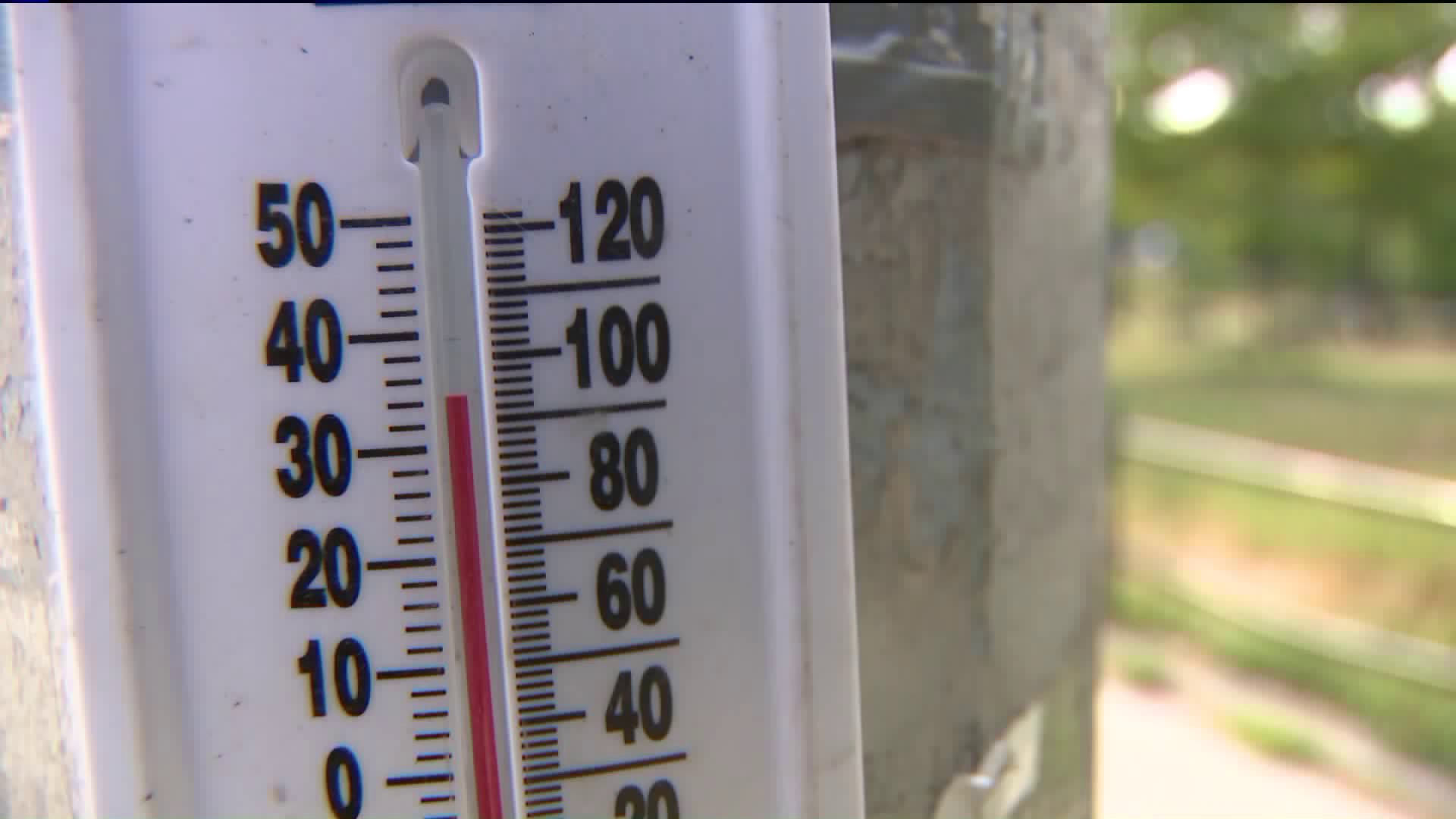 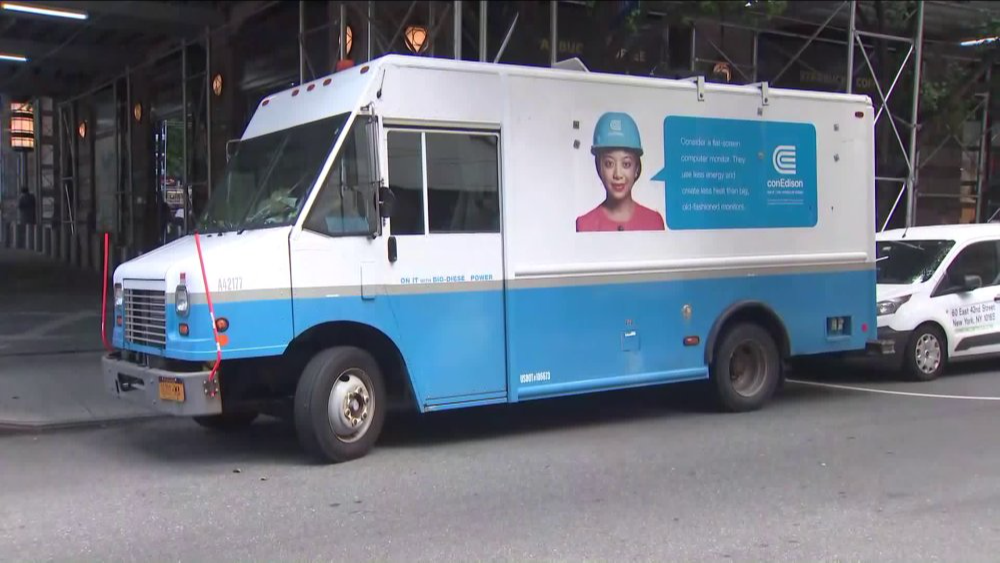 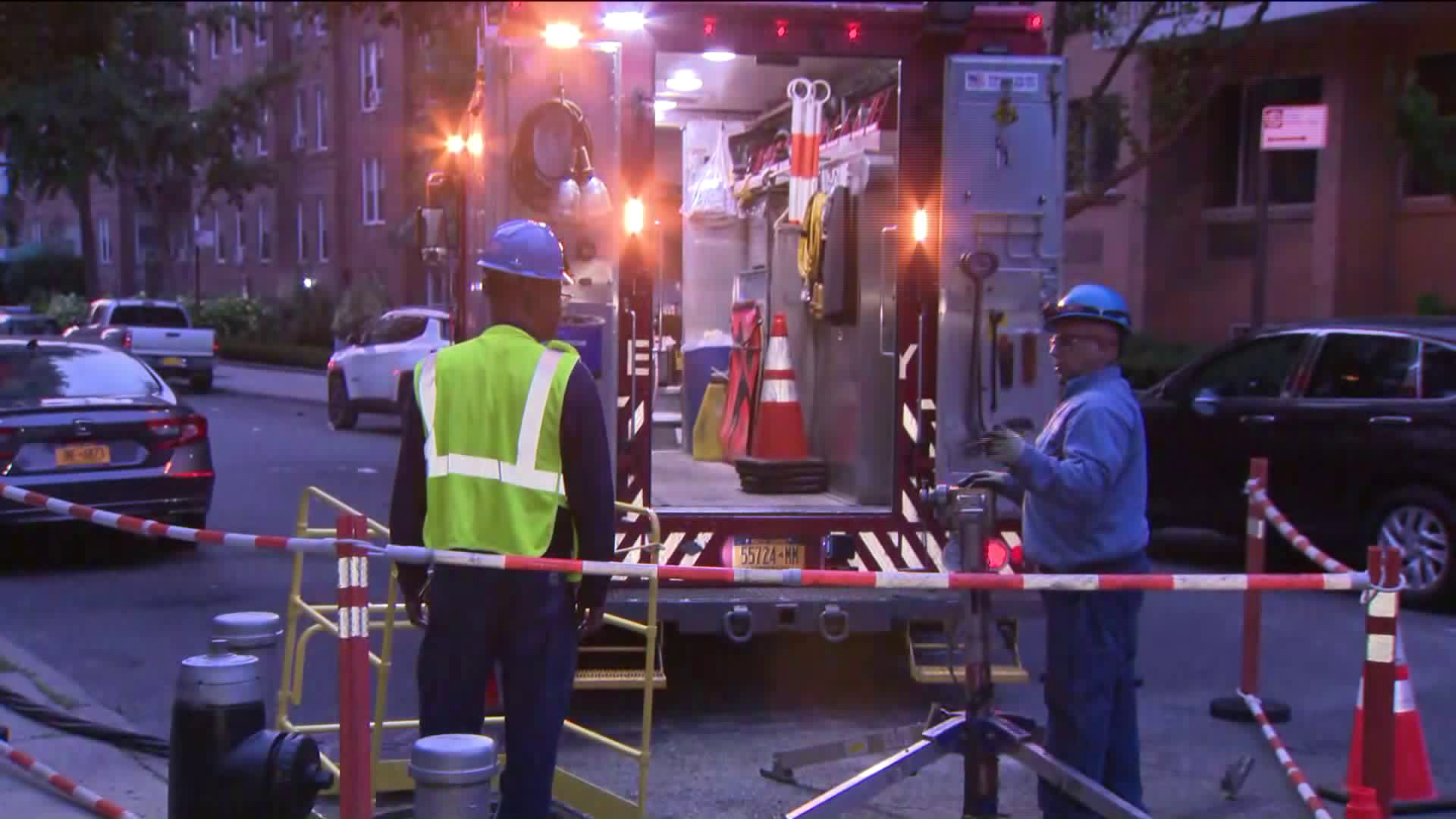 NEW YORK — The heat peaked out on Monday as temperatures topped out in the lower 90s, but it was the humidity that made it feel awful.

Heat Advisories and Excessive Heat Warnings were issued as it felt like more than 100 degrees. A weak frontal boundary will allow the humidity to take a step back on Tuesday, but it will stay hot.

It gets really humid again on Wednesday, but a storm system will also bring the risk of showers and thunderstorms. By Thursday and Friday, we will be on the right track for more comfortable weather.

It will remain hot on Tuesday with temperatures climbing toward 90 degrees. The key difference will be the humidity, which won't be as high, and it feel more tolerable. A warm front will approach late Tuesday night and that could spark up a shower late in the evening.

Temperatures Tuesday are again expected to climb into the 90s, which would extend our heat wave to a fourth day.

We'll see a high of 93 degrees in the city, low 90s over interior sections and upper 80s over coastal spots.

The humidity returns on Wednesday. Expect temperatures to climb back to around 90 and it could feel more like the mid to upper 90s. An approaching storm system will bring the chance of scattered showers and thunderstorms mainly during the afternoon.

The storm system will linger around for one more day on Thursday. Temperatures will top out near 90 once again with some thunderstorms redeveloping during the day. Once the system passes, relief will arrive with lower temperatures and humidity for the weekend.

Friday will be a nice day. It remains very warm with highs in the upper 80s. The key difference will be the lower levels of humidity.

Saturday looks to be the pick of the weekend with highs in the upper 80s. By Sunday, there are signs of the return of more heat as temperatures climb closer toward 90 degrees.