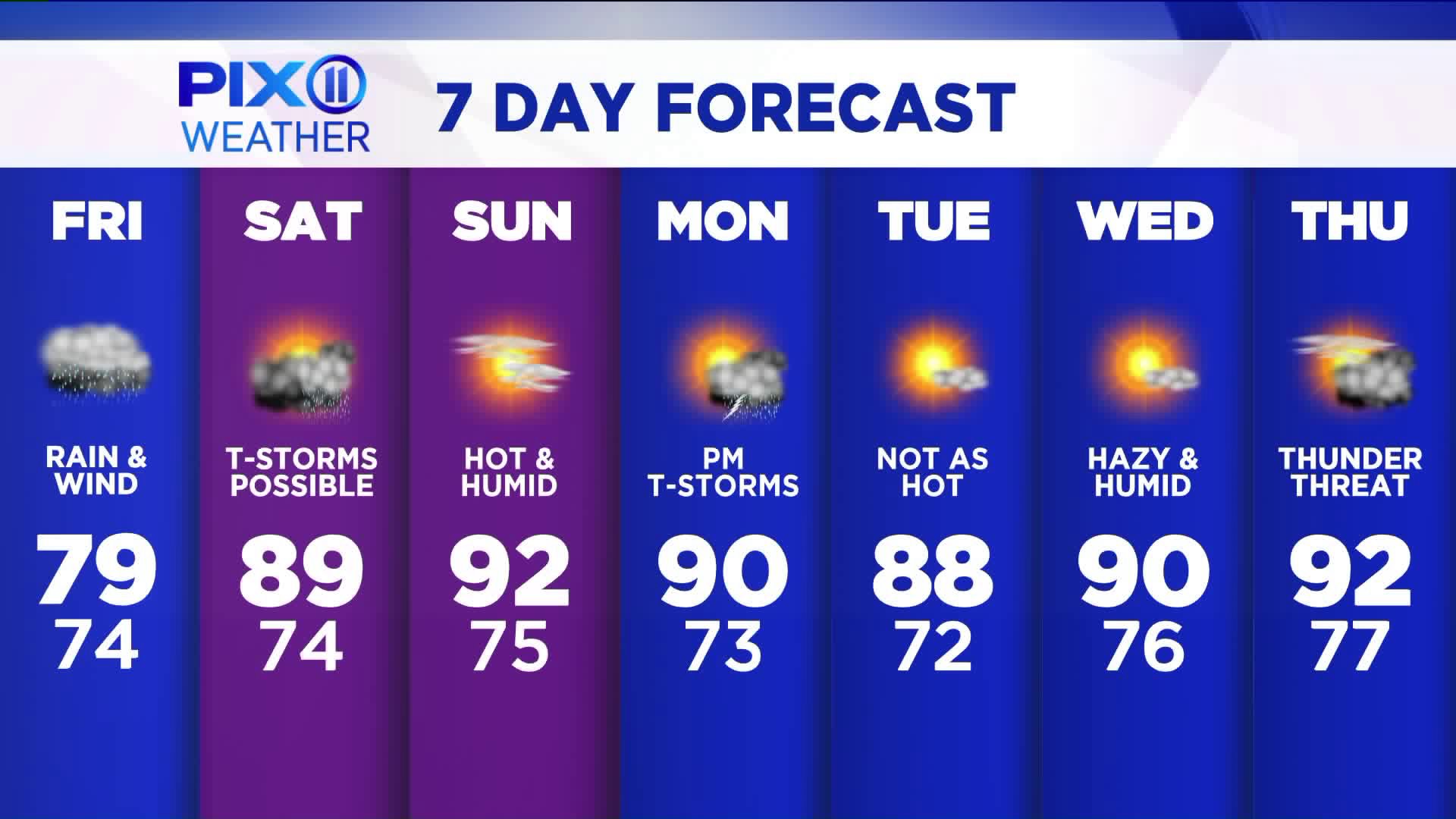 The bulk of the rain looks like it will be sometime between the afternoon and overnight periods on Friday. As much as 1-2 inches of rain could fall, with more wherever the heaviest downpours develop. 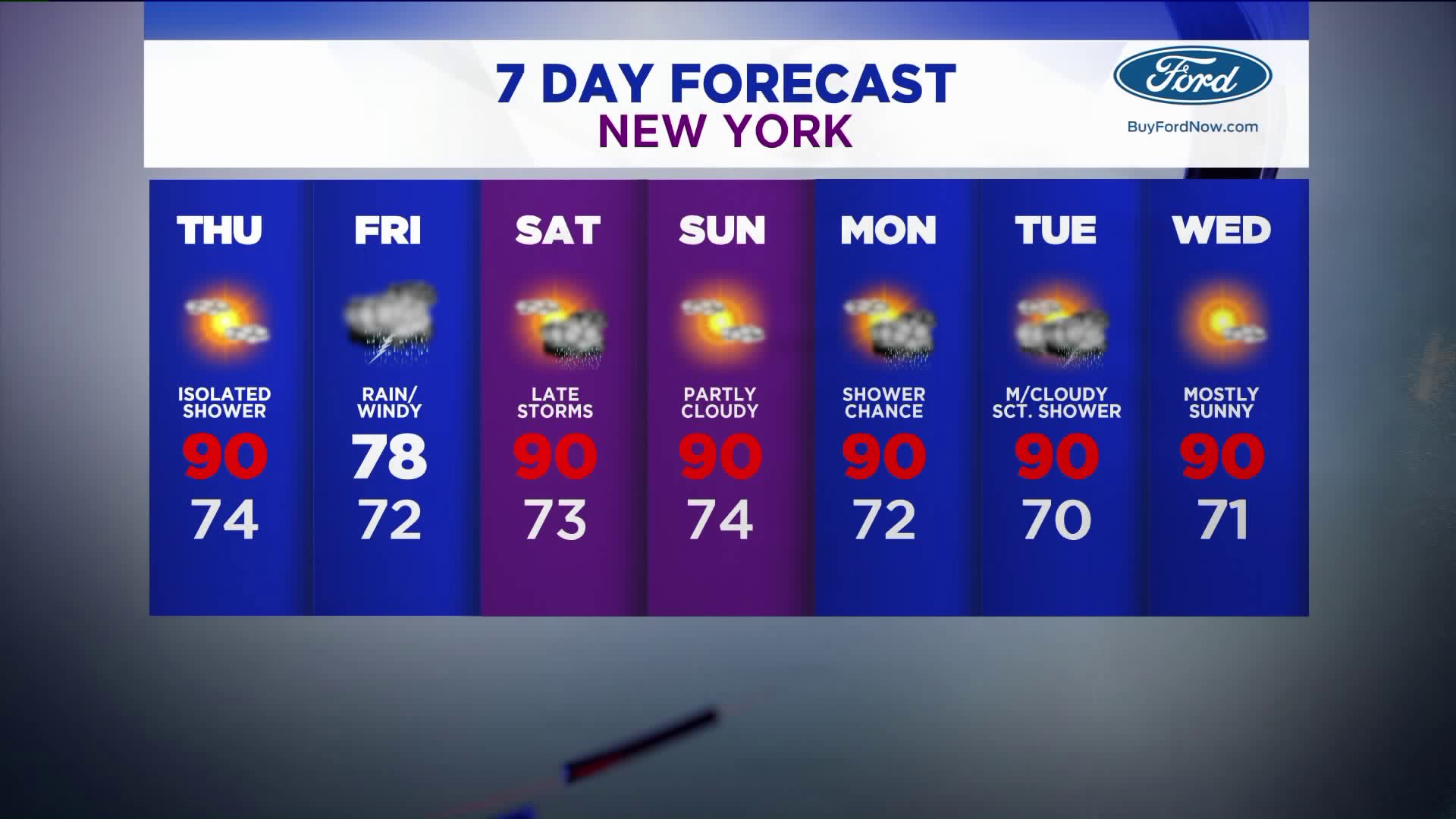 NEW YORK — Tropical Storm Fay developed late Thursday afternoon off the coast of North Carolina with winds of 45 mph. It is expected to track northward toward New York City on Friday.

Tropical Storm Warnings and Flash Flood Watches have been issued across the Tri-State region as Fay is expected to bring torrential downpours and gusty winds in excess of 35 mph.

After a hot and humid day, clouds will be on the increase overnight on Thursday. It will be very muggy and warm with temperatures dropping into the lower 70s.

Showers will develop as early as Friday morning. Periods of heavy downpours could occur throughout the afternoon and evening, which will lead to the development of flash flooding. As much as 1-2" of rain is possible, but many spots could get as much 3 inches wherever the heavy banding sets up.

Winds will be an issue by Friday afternoon and continue into the evening. Along coastal sections, winds could climb in excess of 35-45 mph during the afternoon and evening hours. Some spots could get 50 mph gusts. Some power outages could occur as the wind could cause tree limbs to fall. Tropical storms also have the capability of spinning off an isolated tornado and Fay is no exception. That being said, the threat will be limited.

Along the coast, Fay will cause heavy surf, creating some beach erosion along coastal sections. The risk for dangerous rip currents will be high and swimming is not advised. Despite all these issues along the coast, the risk for a storm surge will be minimal.

Conditions may improve as early as Saturday morning. The sun will break out and temperatures could approach 90 degrees. During the afternoon, a cold front will approach bringing the risk of scattered showers and thunderstorms.

It remains hot heading into Sunday with highs at around 90 again. The difference will be a slight drop in the humidity.