Dangerous storms arrive after another day of 90 degree heat 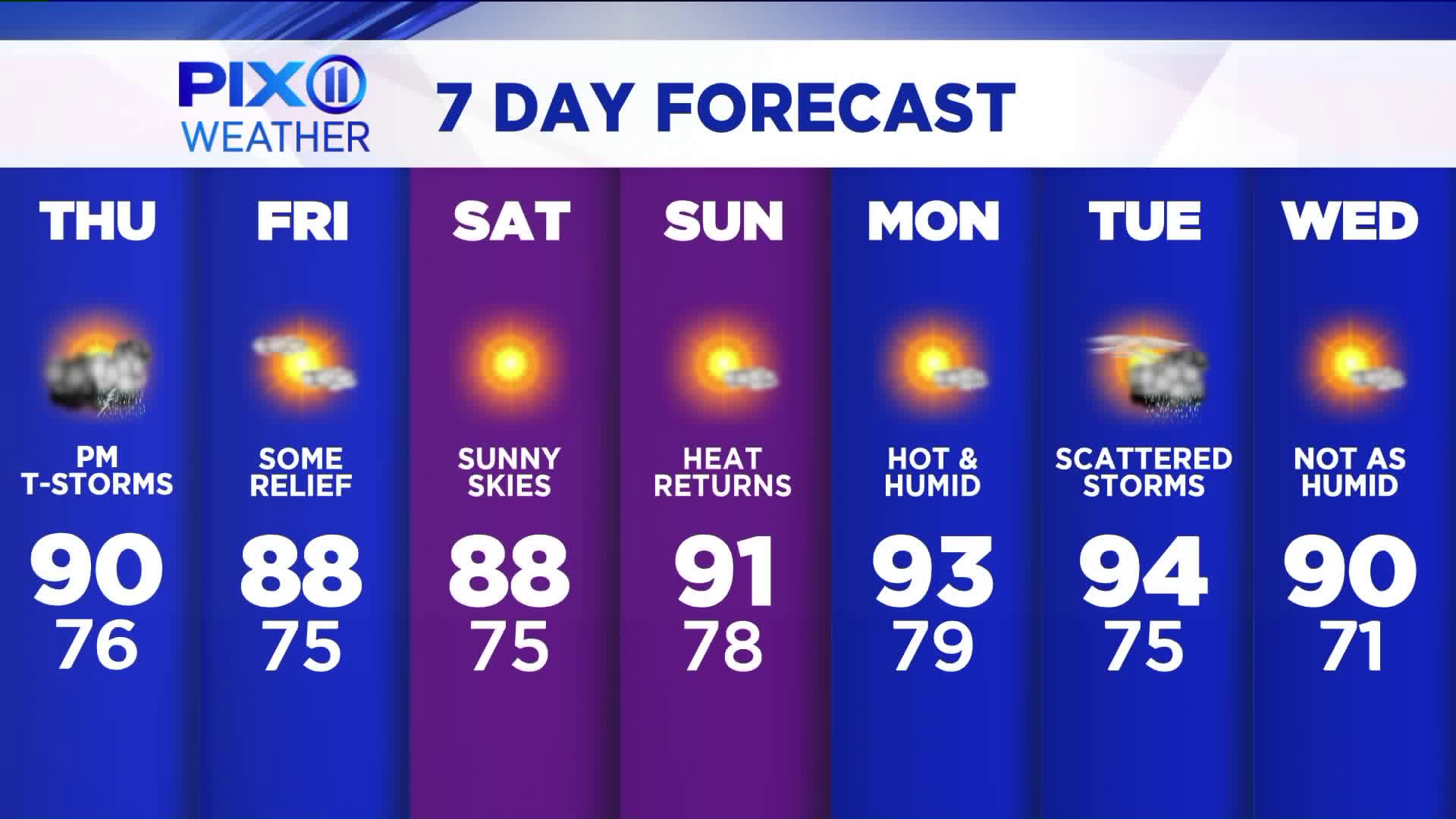 Mr. G says relief is coming this weekend but not before some thunderstorms Thursday.

NEW YORK — Temperatures soared back to the low 90s on Wednesday and it felt more like the upper 90s with the humidity.

Late in the afternoon, severe thunderstorms moved into the region bringing torrential downpours, damaging winds, and a lot of lightning.

A Flash Flood Warning was issued for Hudson, Essex and Union counties until 8:45 p.m.

Wind gusts of 70 mph and hail the size of a half dollar are possible, according to the National Weather Service.

Despite all of this wild weather, it is not over yet. A Heat Advisory has been issued for the city on Thursday with feel like readings climbing into the upper 90s and a cold front could bring another round of severe thunderstorms starting in the afternoon.

The severe thunderstorms will diminish as we head into the late evening hours with the loss of daytime heating. Once these storms pass, it will remain very humid with partly cloudy skies. Temperatures will be in the mid to upper 70s.

Thursday could up being a carbon copy of Wednesday. It will be hot and humid with temperatures climbing toward 90. The heat index will climb into the upper 90s making it another tough day to keep cool. A cold front will bring the chance of severe thunderstorms late in the afternoon and into the evening.

These storms could dump torrential downpours and produce damaging winds.

Once the front passes, the heat and humidity will ease off as we head into Friday. It will be partly sunny but it remains to be on the warm side. Highs will be in the upper 80s, but the lower levels of humidity will make a huge difference.

It will stay very warm on Saturday with temperatures holding in the upper 80s. It will be another tolerable day as the humidity won't be too high.

By Sunday, the heat will make a return. Expect highs to be back into the lower 90s and the humidity on the high side.