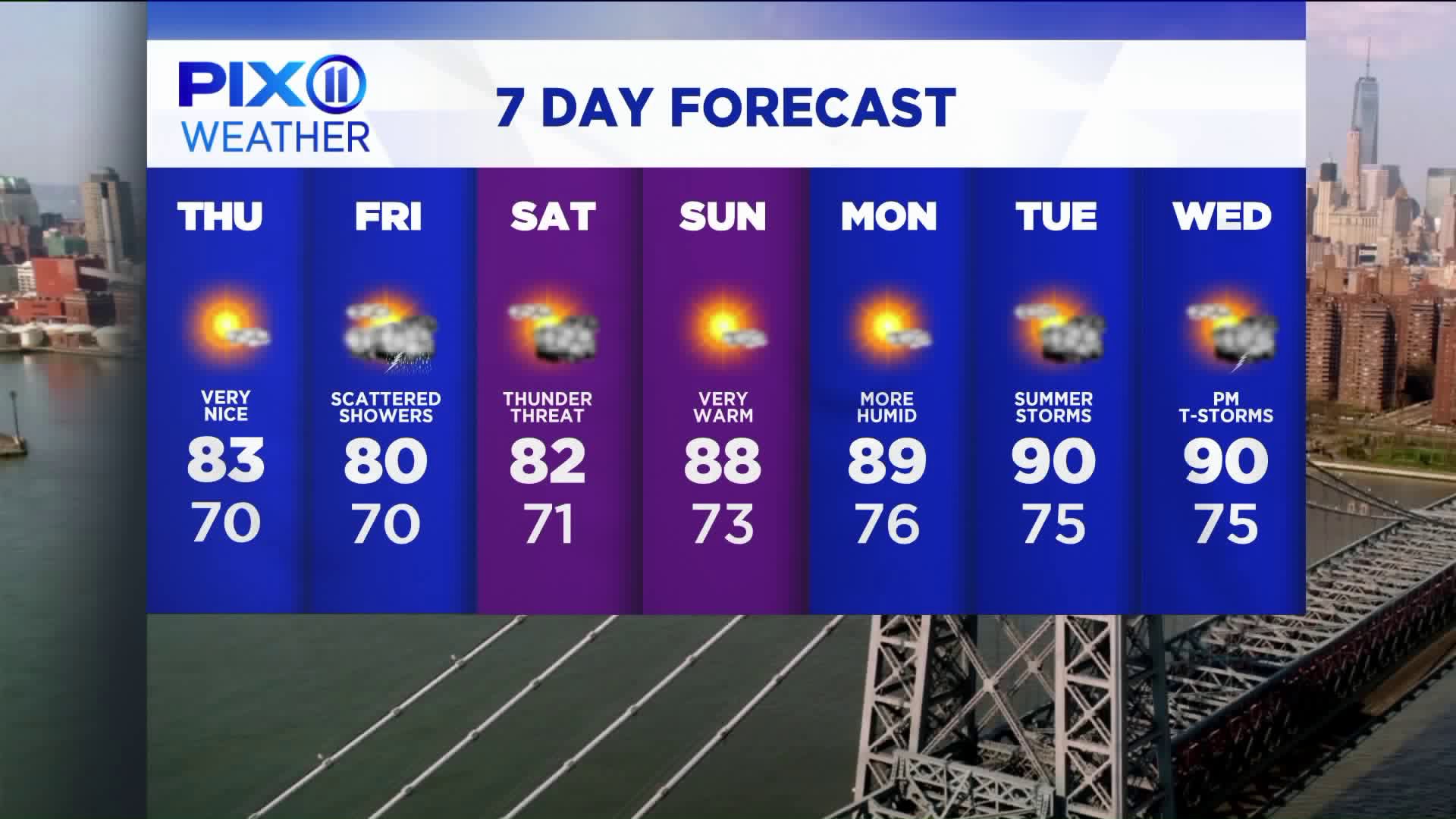 The weather looks good for the coming days.

NEW YORK — After a relatively hot and muggy Wednesday, a frontal boundary will cross through the region bringing cooler air on Thursday.

It should stay dry but showers will make a return on Friday.

It will be a gorgeous Wednesday night. Skies will be generally clear for much of the night and the humidity will be dropping. Expect temperatures to be in the 60s.

The frontal boundary that passes Wednesday night will stall just to the south on Thursday. As a result, clouds will be on the increase during the day. An easterly wind will keep temperatures at around 80 degrees.

A wave a low pressure will ride along the frontal boundary bringing the chance of some showers on Friday. Expect highs to be around 80 degrees.

The frontal boundary may stick around on Saturday. Much of the day should be fine with partly sunny skies. Some showers or thunderstorms could develop during the afternoon as temperatures climb into the lower 80s.

A warming trend will develop during the latter half of the weekend. Southwesterly winds will kick in allowing temperatures to climb into the upper 80s by Sunday. Temperatures will then hover around 90 degrees through at least the first half of the workweek.