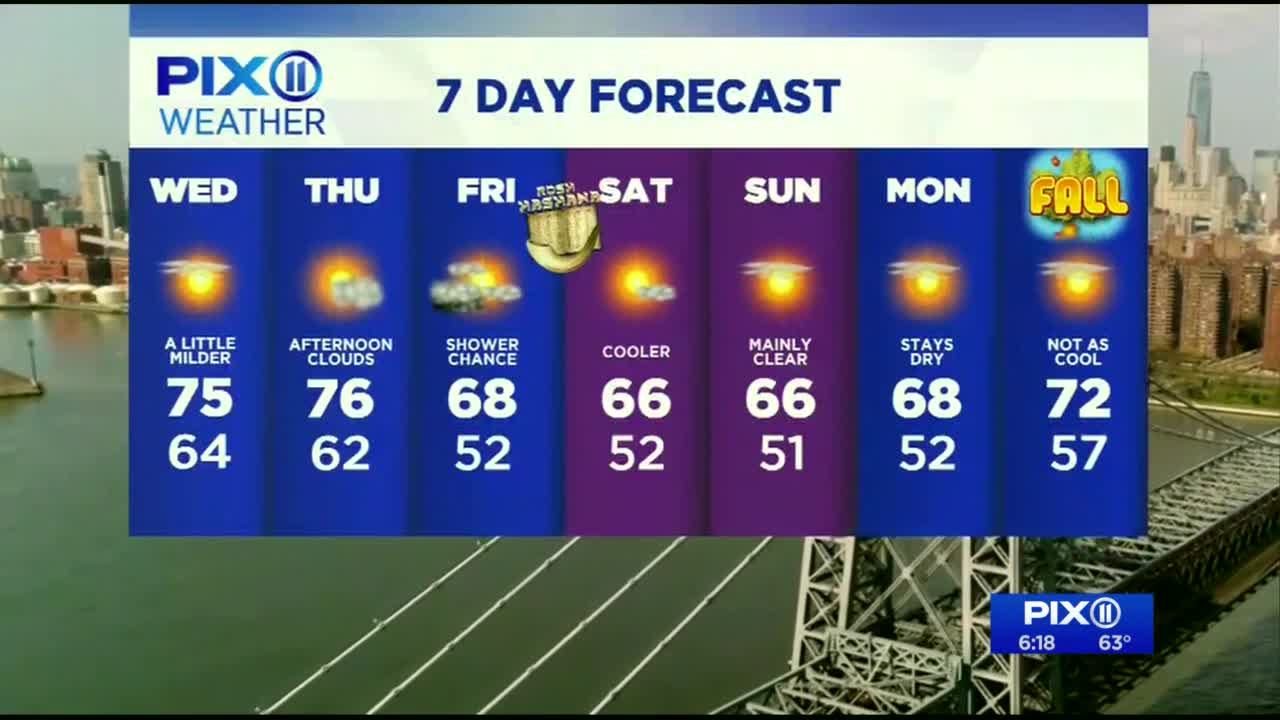 Mr. G examines how the wildfires in the west are affecting the area, and looks at the 7 day forecast. 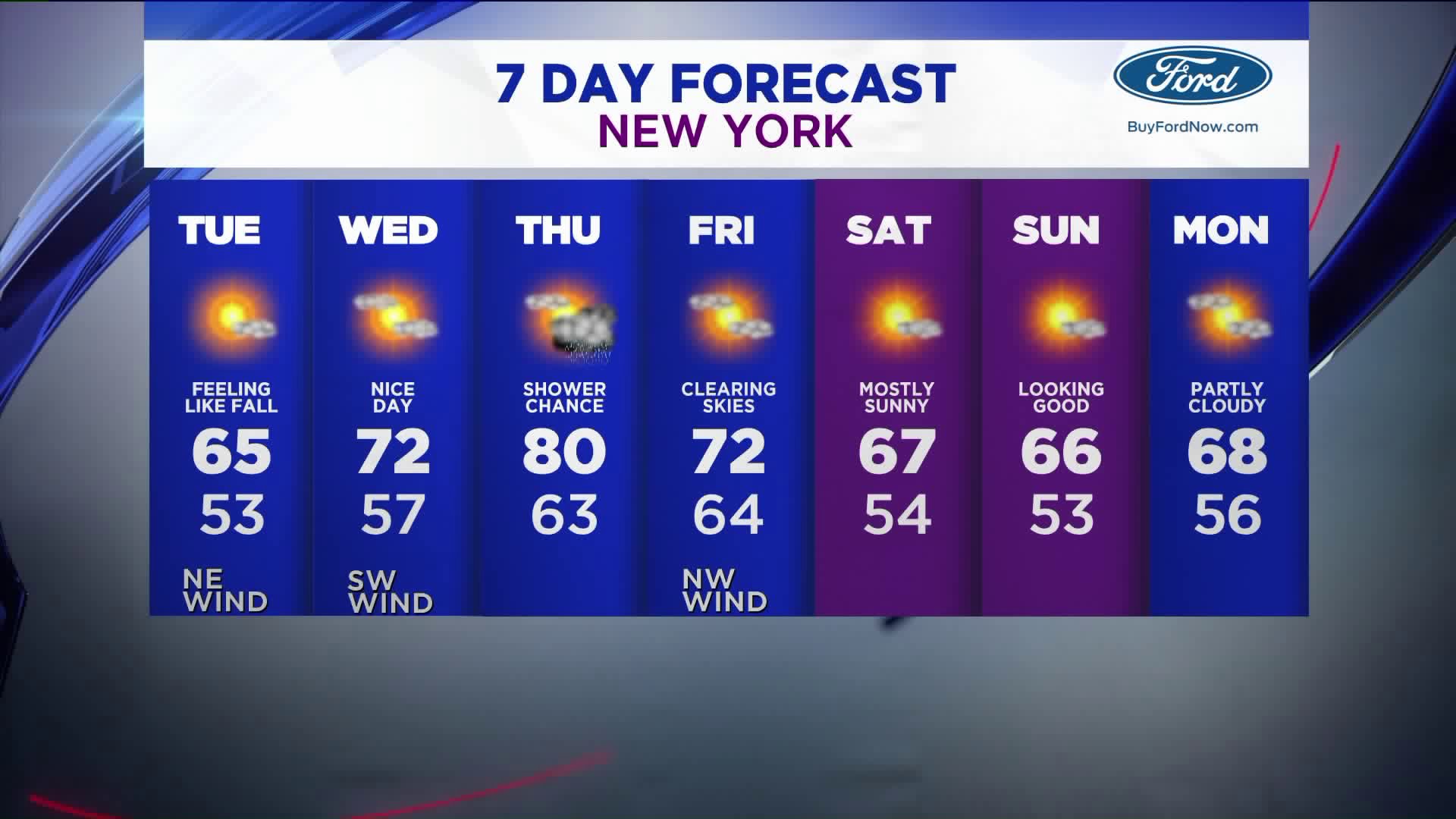 NEW YORK — It remains quiet across the region as high pressure continues to keep us dry. Normally, skies would be mainly clear, but the jet stream has brought smoke from the wildfires out west to our region. The end result is a milky white sky with vivid sunrises and sunsets.

Skies will remain mainly clear Tuesday night. It won't be as cold as the previous night with temperatures holding in the upper 50s.

Winds will shift more southwesterly on Wednesday. That will allow temperatures to moderate back into the mid 70s during the afternoon under mostly sunny skies,

The warming trend will continue heading into Thursday. Temperatures will climb close to 80 degrees, but it will feature more clouds as a cold front approaches. A few showers could develop late Thursday night into Friday morning as a storm system rides along the frontal boundary. Most of it may end up bypassing to the south and head offshore.

Cooler air then follows behind the front for Friday. The skies should clear out but temperatures may only end up in the upper 60s.

We stay dry through the weekend with mostly sunny skies. Temperatures remain to be on the cool side with highs holding into the mid to upper 60s.