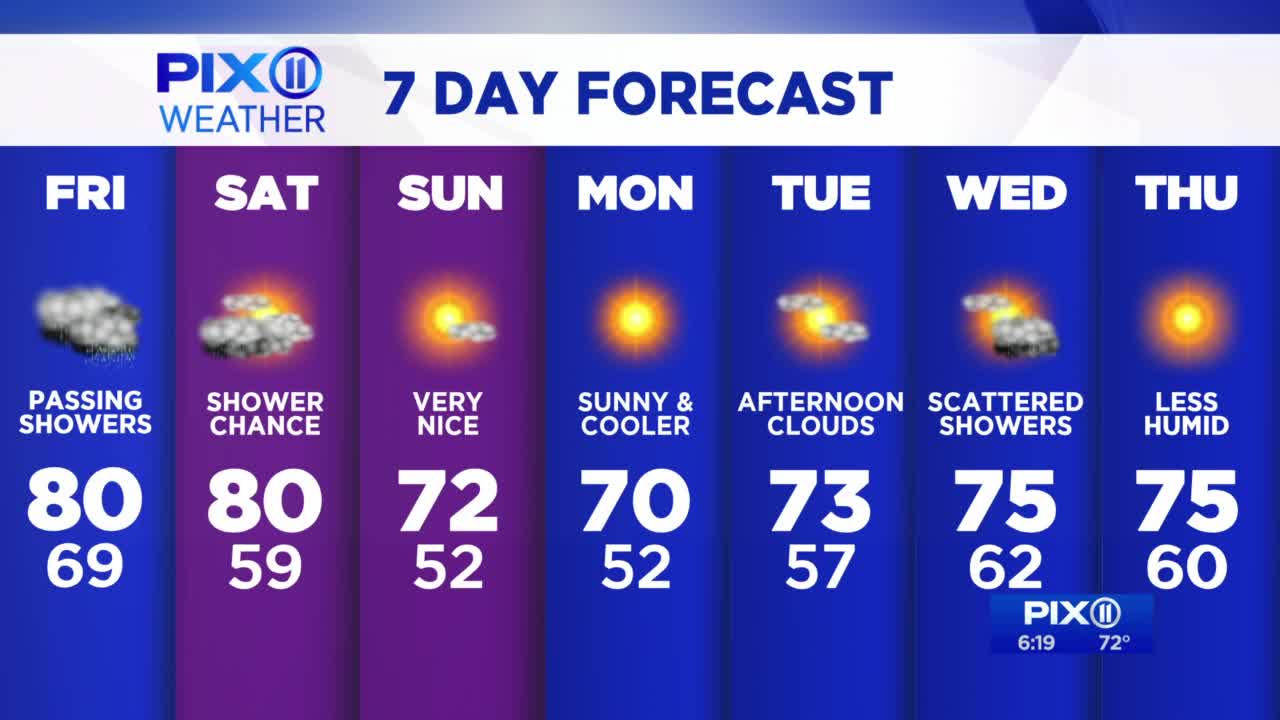 Mr. G talks the wet weather that could come our way and the pick day f the weekend. 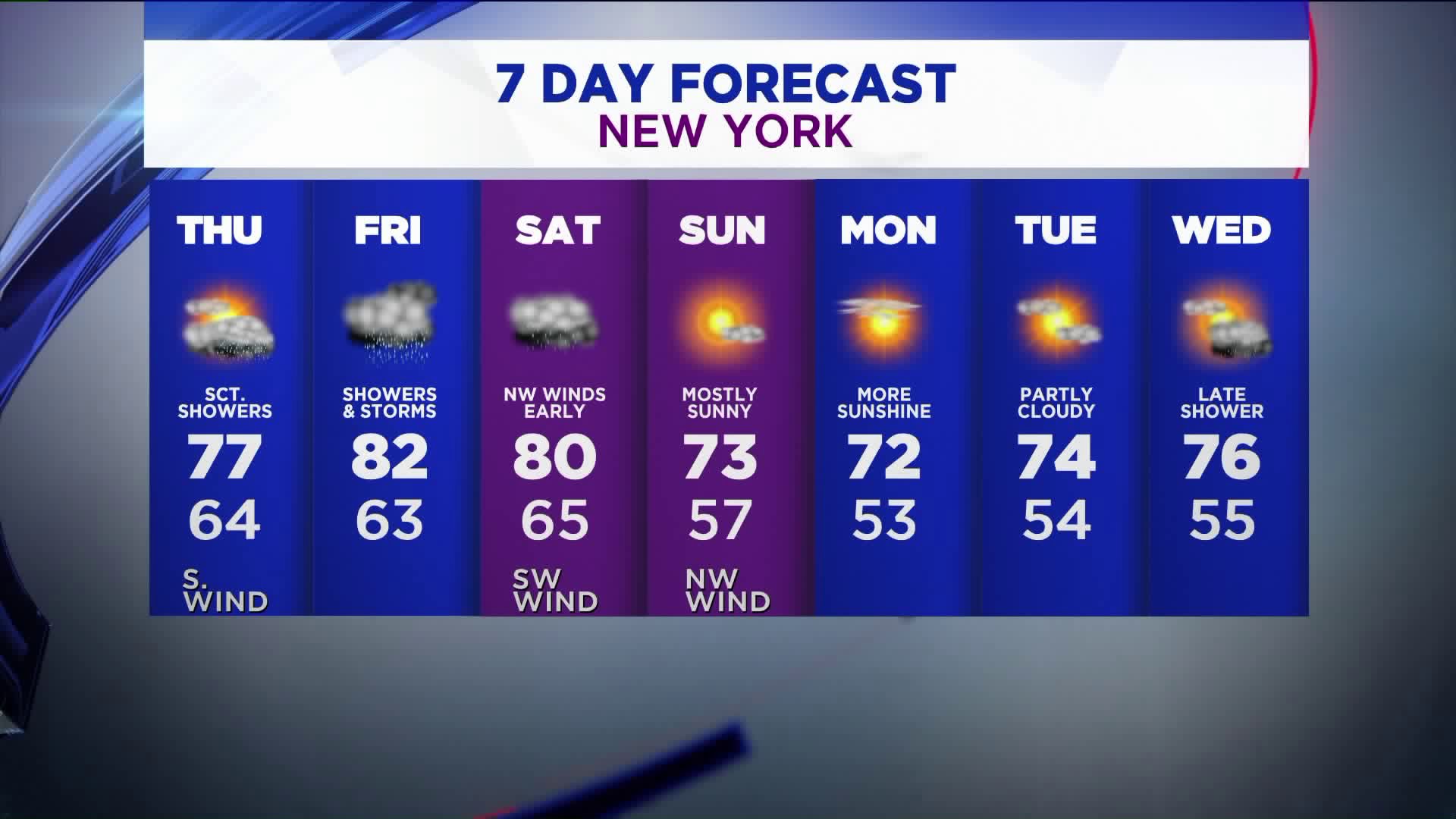 NEW YORK — The dreary conditions will continue heading into the weekend. A moist southerly flow kept clouds around the region Thrusday and there were a few sprinkles scattered about. Expect more of the same through much of Friday, but a slow moving cold front will enhance the risk of showers especially during the latter part of the day. The front will be slow to depart keeping the risk of showers through Saturday.

It will remain overcast through Thursday night. Some low level fog may redevelop, but it won't be as widespread with a slight breeze around. Some showers may develop from time to time with the air so saturated at this time. Overnight lows will be in the mid 60s.

Expect more of the same for much of Friday. A shower or two cannot be ruled out at any point. The sun may break through the clouds during the afternoon and that will bring temperatures up to around 80 degrees

Eventually the front will slowly drift toward the coast allowing the chance for some thunderstorms to develop late. While they are expected to weaken by the time it gets to the coast, inland sections may deal with the possibility of a strong to severe line of thunderstorms.

The risk of showers will remain through Saturday however the latest trend of the forecast models are showing it to be widely scattered about. Since the front will take its time to cross through, it will be still be a very warm and humid day with highs approaching 80 degrees.

Sunday will be much better with high pressure sliding into the region. A refreshing northwesterly flow will dry us out with mostly sunny skies and highs in the lower 70s.

The first part of next week looks good as well. It will be remain sunny on Monday with highs right around 70 degrees. Clouds start to move in late on Tuesday, but it will remain comfortable with highs in the lower 70s.