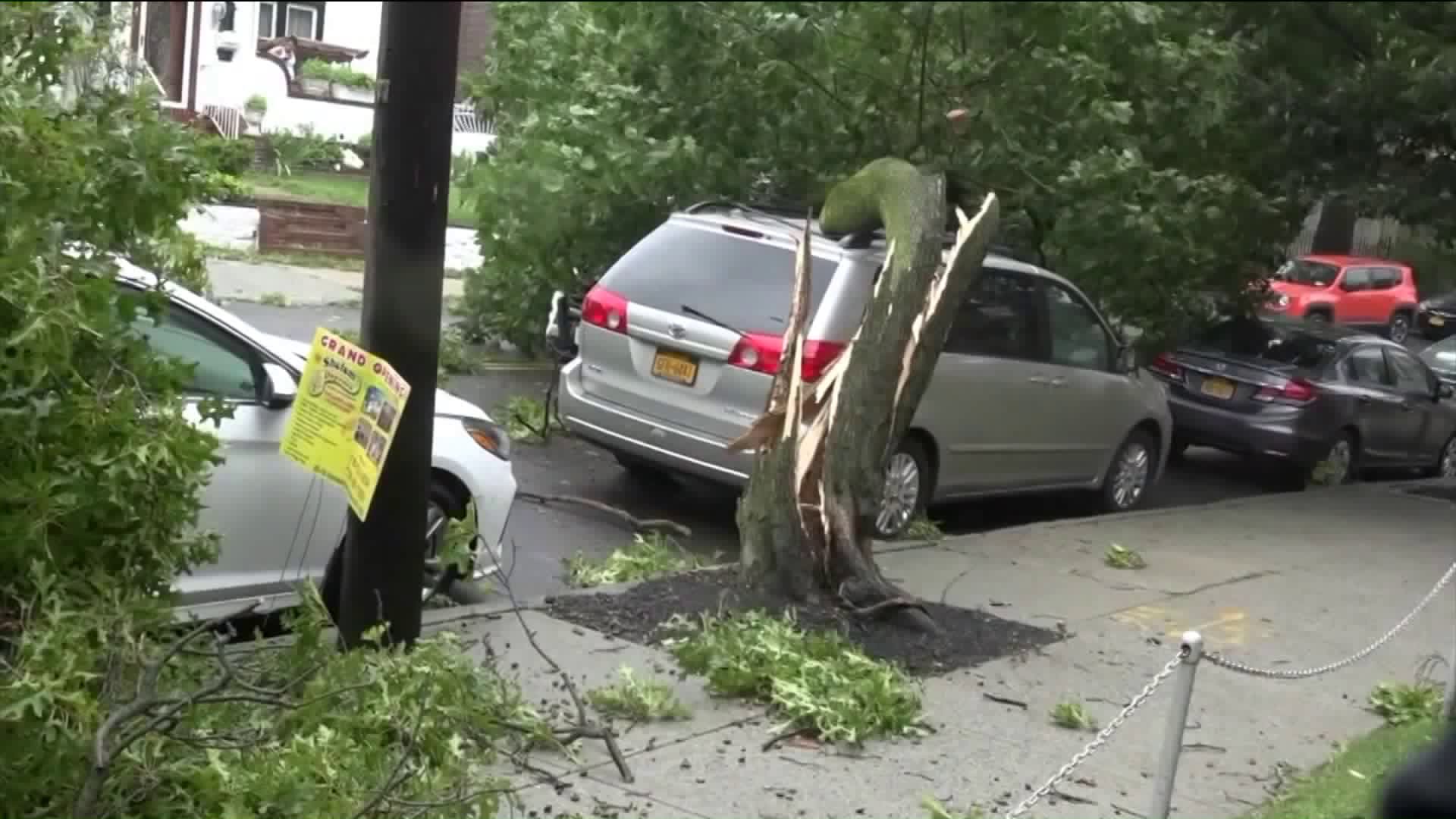 Howling winds and driving rain caused by Tropical Storm Isaias led to countless damage reports across New York City. While flooding from the storm was kept to a minimum, its force left trees toppled, killing a 60-year-old man in one instance.

While flooding from the storm was kept to a minimum, its force left trees toppled, killing a 60-year-old man in one instance.

Contractor Mario Siles was sitting in his van in Briarwood when a tree crushed the vehicle. Another limb pierced the windshield of a responding NYPD cruiser.

A woman also spoke to the mayor about her repeated calls to the city about rotten trees that went ignored.

During the height of the storm, 311 received over 100,000 calls as streets and property were damaged citywide.

In the East Village, a building partially collapsed in Brooklyn.

The cleanup that the storm left in its wake will take its time. Commissioner of the New York City Emergency Management Department Deanne Criswell said recovery will be a “multi-day event,” but they are working to get power back to customers as quickly as possible.

Hundreds of thousands of residents in NYC were left in the dark due to the storm. According to Con Edison, Isaias caused a near-historic amount of power outages throughout the tri-state area.

At least 260,000 customers were without power due to the gusting winds damaging trees and power lines. That surpassed the 204,000 for Hurricane Irene in 2011. The record for outages is the 1.1 million caused by Superstorm Sandy and the nor'easter that followed it in 2012.