Clouding up Thursday as a cold front approaches 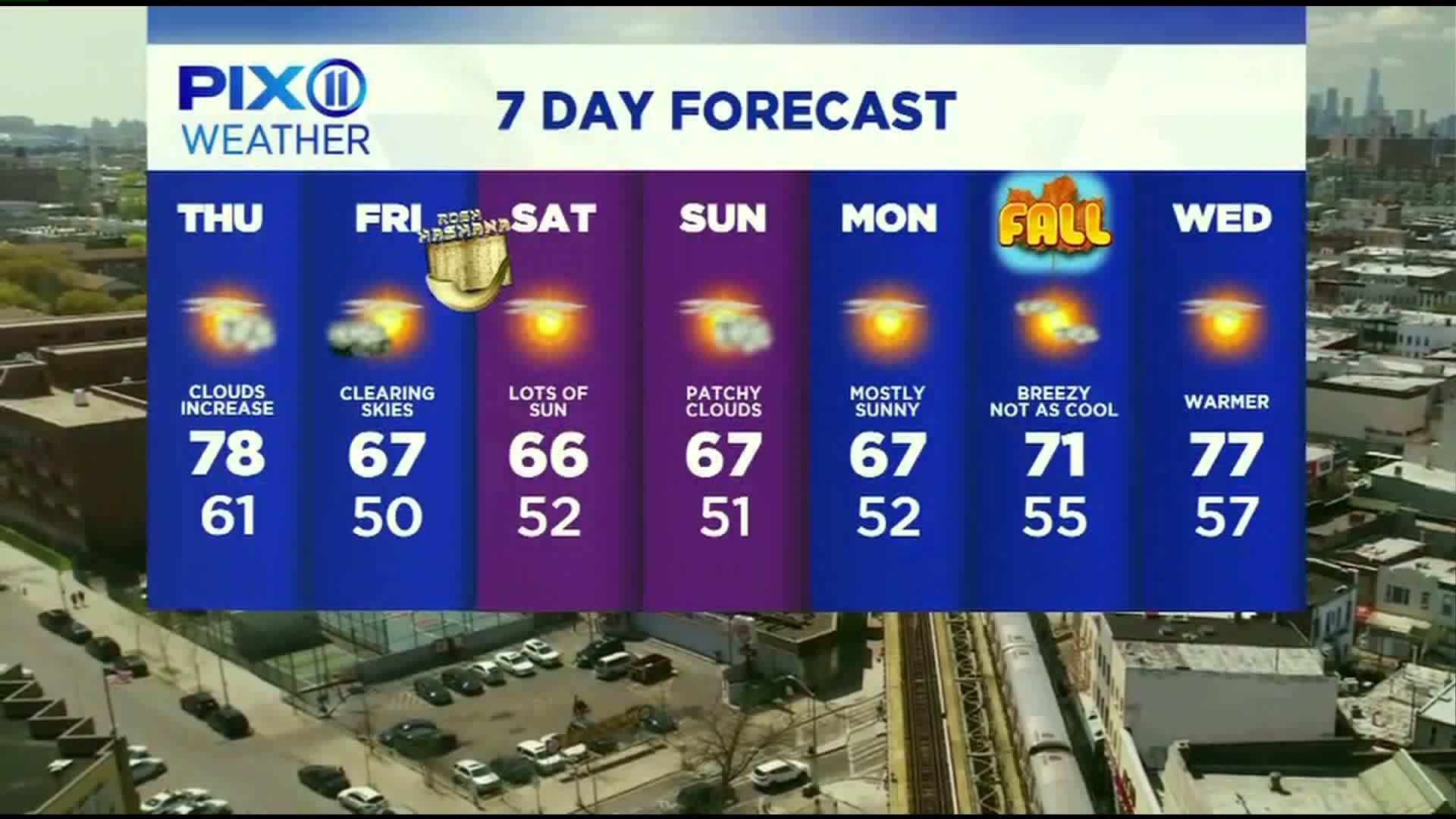 Temperatures will climb close to 80 degrees, but it will feature more clouds as a cold front approaches. A few showers could develop late Thursday night into Friday morning as a storm system rides along the frontal boundary. 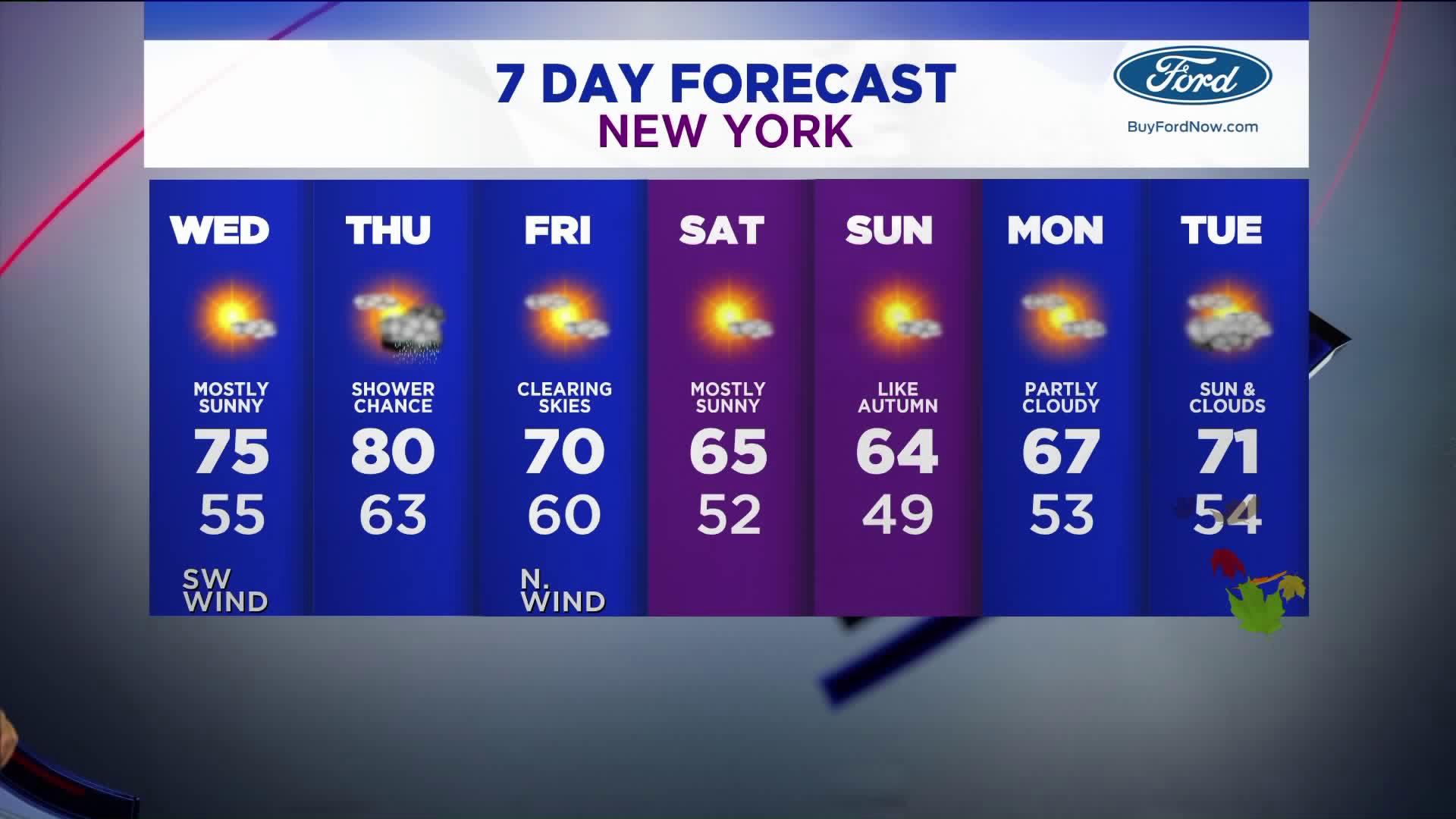 NEW YORK — Aside from the hazy skies associated with the wildfires out west, skies remained mainly clear on Wednesday as an area of high pressure crossed through the northeast during the day. A cold front will drift toward the east coast bringing clouds around on Thursday. At the same time, we're watching what is left of Sally in the Southeastern US.

The hurricane made landfall early Wednesday morning in Alabama as a Category 2 with winds of 105 mph. The storm has weakened, but it continues to produce life-threatening flooding down south. The storm itself is expected to hook up with a cold front and make its way toward the Mid-Atlantic.

Skies around New York City will remain clear through the evening hours. Overnight, some clouds will roll in well ahead of the frontal boundary. It will not be as cool with temperatures dropping into the lower 60s.

Clouds will continue to be on the increase as the frontal boundary approaches on Thursday. Ahead of it, a southwesterly wind will allow temperatures to moderate back up into the upper 70s. The front itself, won't produce much in terms of any precipitation, however, it will help pull the remnants of Sally toward the Carolinas and Virginia. Areas north and west of the city should stay dry, but coastal sections could get a few, light showers as Sally brushes by well south and east during the overnight hours.

Conditions should improve by the morning hours on Friday. Skies will clear out, but it will noticeably be cooler with highs in the upper 60s.

Through the weekend, it will remain dry with mostly sunny skies. Temperatures will stick around in the upper 60s during the period.