Another round of heat and severe storms Thursday? 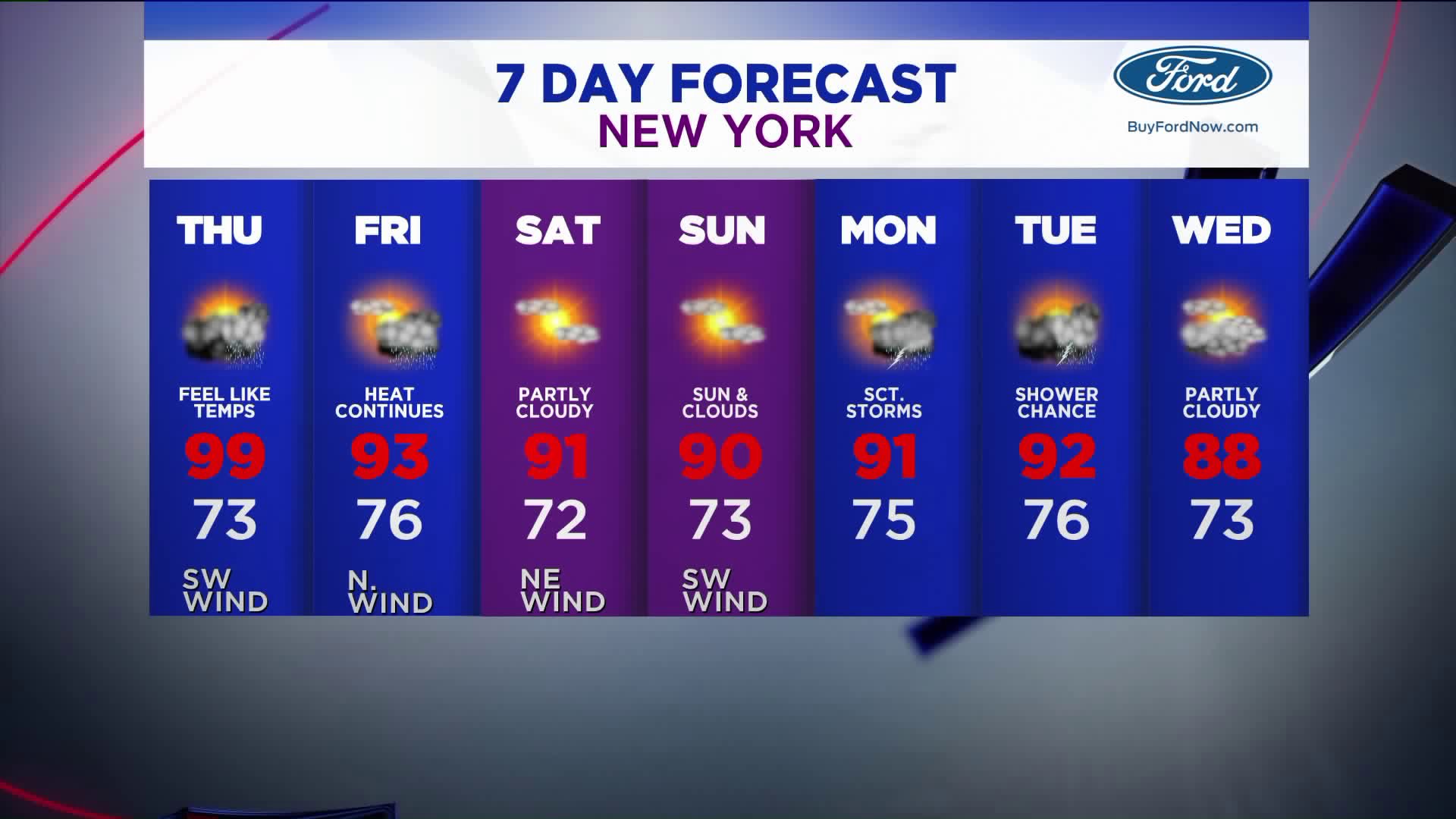 After strong storms Wednesday, the tri-state could see more severe weather Thursday night. A Heat Advisory is in effect for New York City, northeastern New Jersey, Long Island and southwestern Connecticut. We can expect partly sunny skies Thursday afternoon with strong thunderstorms developing again in the evening. The high temperature will be 90 in the city, low 90s over inland sections, upper 80s over coastal spots. Humidity will make it fell like the mid-90s once again.

NEW YORK — Temperatures will once again soar into the 90s Thursday, with severe weather likely making another appearance by nightfall.

Despite all the wild weather, it is not over yet.

A Heat Advisory is in effect for NYC, northeastern New Jersey, Long Island and southwestern Connecticut Thursday. The high temperature will be 90 in the city, low 90s over inland sections and upper 80s over coastal spots. However, humidity will make it feel like the mid-90s once again.

We can expect partly sunny skies this afternoon but then strong thunderstorms develop once again toward evening.

These storms could dump torrential downpours and produce damaging winds, much like Wednesday's severe weather.

Once the front passes, the heat and humidity will ease off as we head into Friday. It will be partly sunny but it remains to be on the warm side. Highs will be in the upper 80s, but the lower levels of humidity will make a huge difference.

It will stay very warm on Saturday with temperatures holding in the upper 80s. It will be another tolerable day as the humidity won't be too high.

By Sunday, the heat will make a return. Expect highs to be back into the lower 90s and the humidity on the high side.