A wet end to the week before a sunny, warm weekend 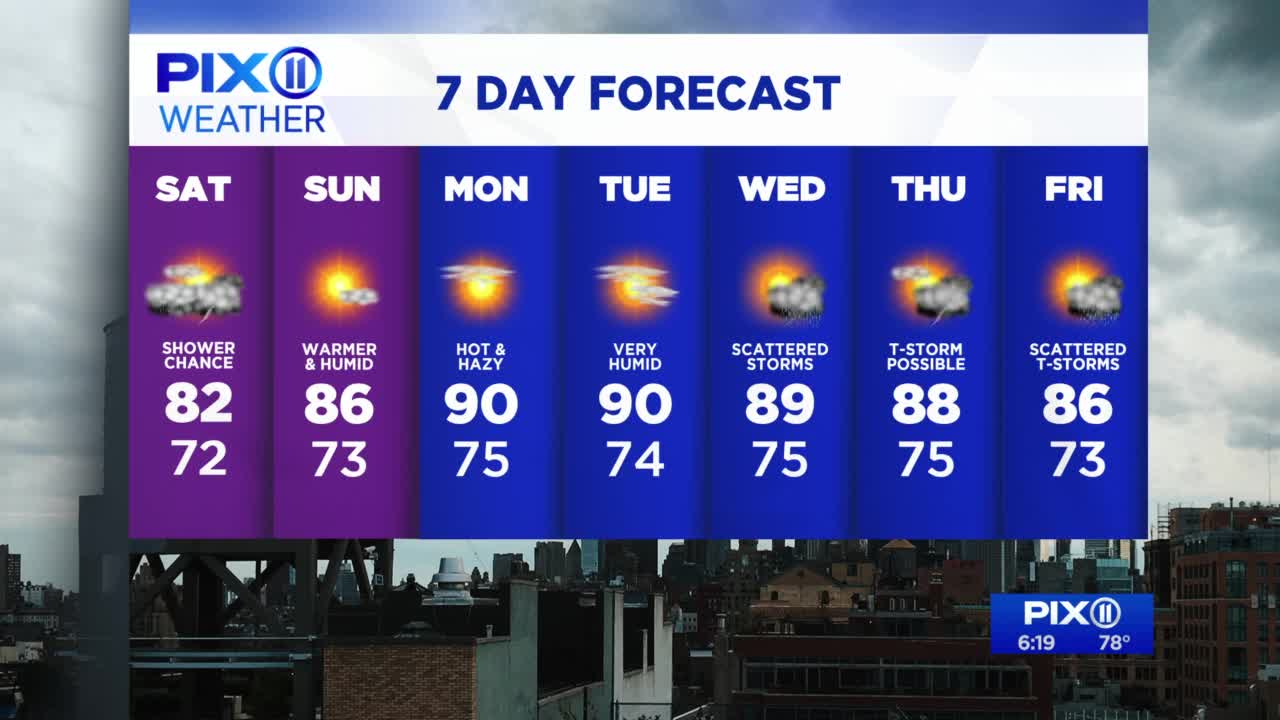 The heat returns to the area. Watch Mr. G's forecast for more. 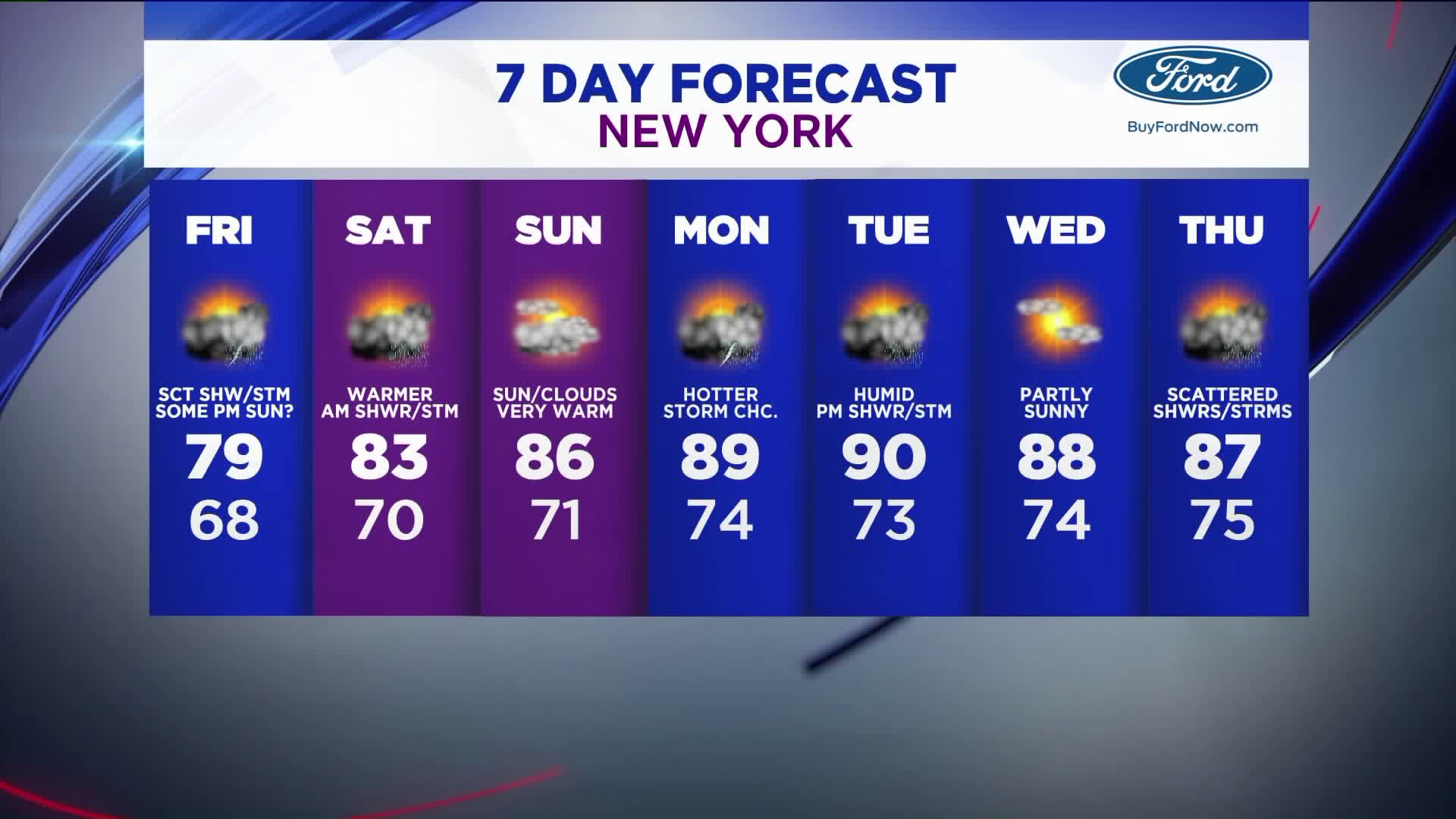 NEW YORK — Unsettled weather persists heading into Saturday as a frontal boundary meanders just south of the region. Several disturbances will ride along, bringing some showers from time to time. While the front shifts further away during the latter part of the weekend, high pressure will move in, bringing back the hot and humid conditions as we head into next week.

The risk of some showers will continue through the evening hours on Friday. Heading into the overnight, a few additional showers cannot be ruled out. Expect temperatures to be in the upper 60s to around 70 degrees.

Saturday will feature variably cloudy skies as the frontal boundary remains just south of the region. A few showers could develop at any point during the day. Expect temperatures to be in the lower 80s.

Eventually, high pressure will kick the front further south, bringing back the sunshine for Sunday. Winds will be coming from the southwest and will bring in the warmer temperatures. Expect highs to be in the upper 80s.

The heat and humidity will be in early next week. Temperatures will be hovering right around 90 degrees, but it will feel more like the mid 90s at times. The risk of showers will come during the latter part of the week, but even then, it will remain very warm and humid. Temperatures will hold in the upper 80s for Thursday and Friday.