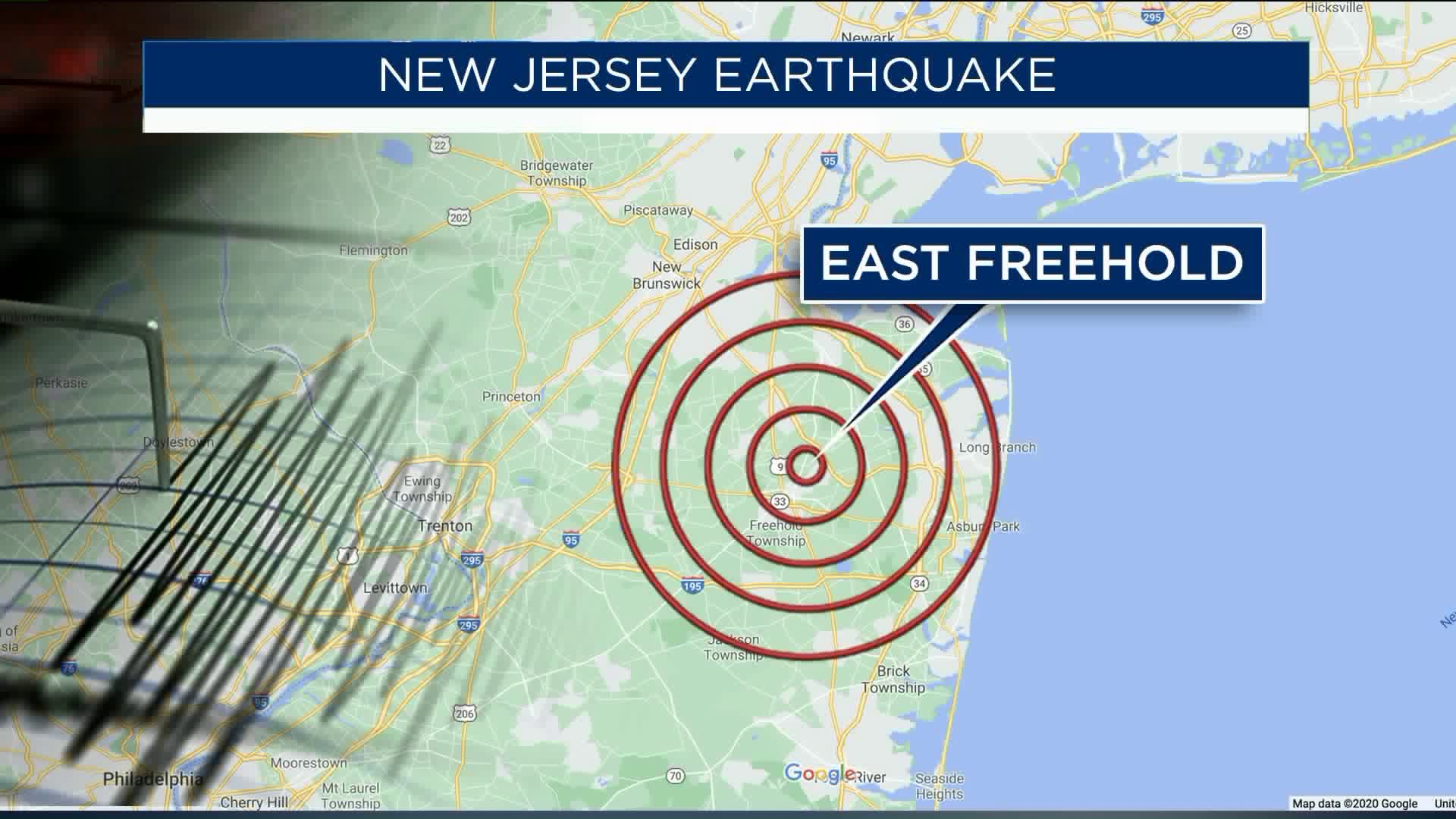 A earthquake registering 3.1 magnitude detected in the Central New Jersey town of East Freehold around 2 a.m. on Wednesday as most people slept, according to the U.S. Geological Survey. No serious damage or injuries have been reported. 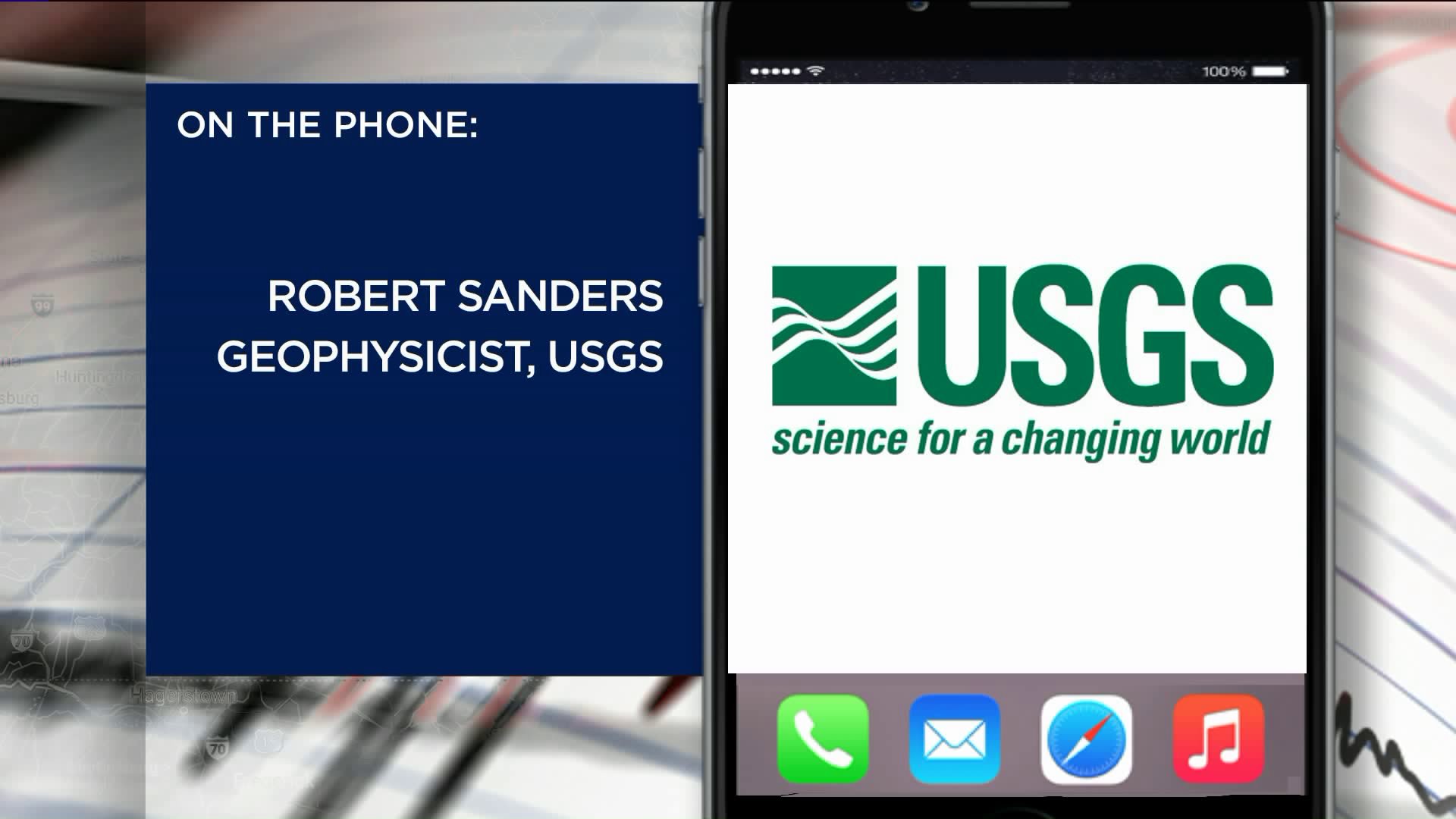 EAST FREEHOLD, N.J. — A 3.1 magnitude earthquake was detected Wednesday morning in the Central New Jersey town of Freehold, according to the United States Geological Survey.

The USGS detected the quake around 2 a.m. while the National Weather Service referred to the quake as a "small tremor" despite that it was felt in much of Central Jersey.

A small tremor occurred in the Freehold area around 2:00 AM. It was felt in much of central New Jersey. #njwx pic.twitter.com/A2axmRkv7v

The depth of the quake was reported as about 3.1 miles. There are no reports yet of any damage or injuries due to the earthquake.

Hundreds of reports were coming in from as far as Philadelphia and Long Island, New York on the USGS' “Did You Feel It?” map.

Monmouth County Sheriff Shaun Golden told PIX11 that about 125 non-emergency and 911 calls came in from residents wondering what the sound and feeling was.

Twitter user @BWf34, in Freehold, said it "felt like an explosion, then shaking. No obvious damage to house. Woke up the entire family."

Twitter user @arorasa, in East Windsor, said the "whole house shook. It's been an hour now, but still feeling rattled."

Geophysicist Robert Sanders from the USGS told PIX11 that a 3.1 quake is unlikely to have caused anything more than damaged shelves or falling picture frames.

He said there have been just two other quakes over 3.0 magnitude in the area since 1970.

The last recorded earthquake in New Jersey before Wednesday was a 1.7 magnitude quake on Aug. 17 in Milford, New Jersey, according to the Northeast States Emergency Consortium.

The strongest quake with an epicenter in New Jersey was a magnitude 4.8 earthquake back on Aug. 23, 1938 near Trenton.

Watch our interview with Geophysicist Robert Sanders of the USGS: