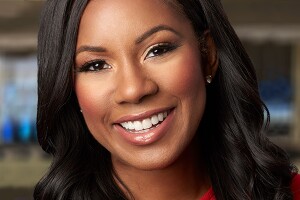 Vanessa Freeman is an anchor for the PIX11 Morning News, weekdays from 4:30 to 7 a.m, as well as a reporter. reporter.

Prior to joining the PIX11 team, she was a national host and news anchor for Cheddar News and Cheddar Business.

Vanessa was also an anchor and reporter for News 12 Networks in New York, New Jersey and Connecticut.

Throughout her career, Vanessa has covered every aspect of news, from hard-hitting stories, and politics, to celebrity red carpet interviews.

She is a former co-host of NBC’s local lifestyle show, Living Dayton, and has also been featured on MSN, AOL, and CNN.

Vanessa is also founder of a non-profit, 1 Woman 4 All, Inc. and resides in New Jersey.