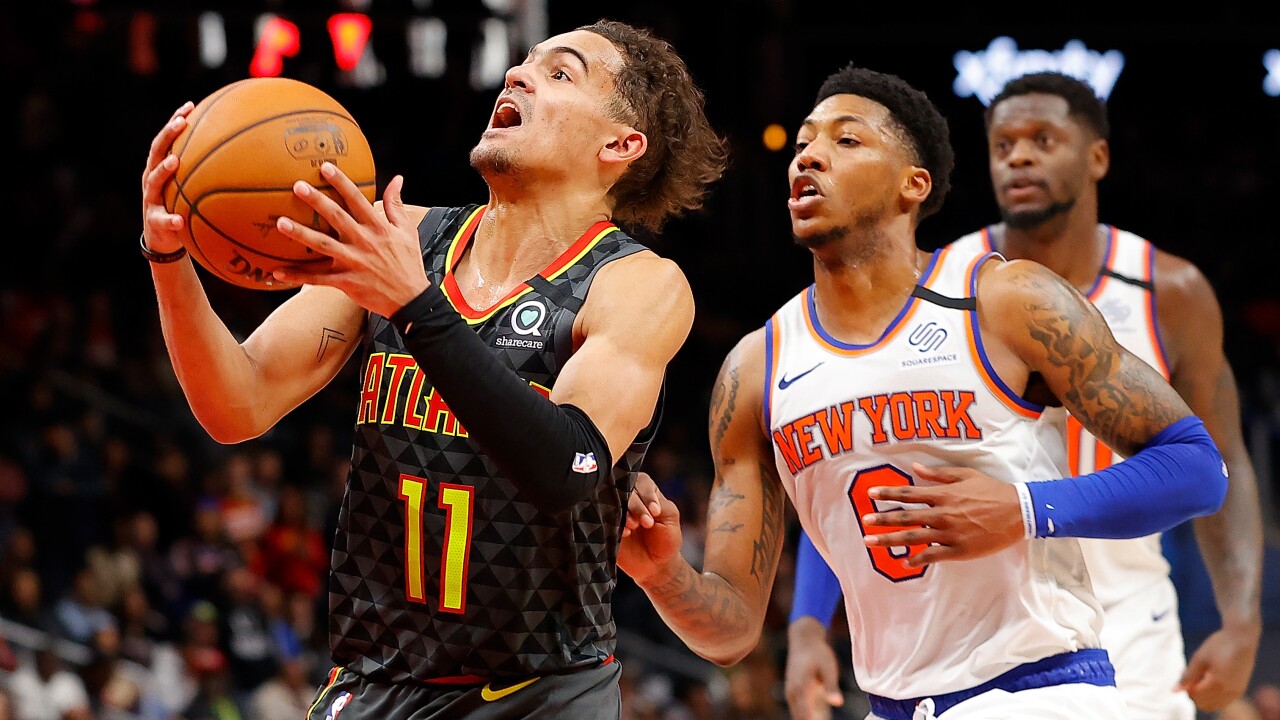 Kevin C. Cox/Getty Images
ATLANTA, GEORGIA - FEBRUARY 09: Trae Young #11 of the Atlanta Hawks drives against Elfrid Payton #6 of the New York Knicks in overtime at State Farm Arena on February 09, 2020 in Atlanta, Georgia. NOTE TO USER: User expressly acknowledges and agrees that, by downloading and/or using this photograph, user is consenting to the terms and conditions of the Getty Images License Agreement. (Photo by Kevin C. Cox/Getty Images)

ATLANTA — Trae Young scored 48 points, handed out 13 assists and hit all 16 of his free throw attempts as the Atlanta Hawks beat the New York Knicks 140-135 in two overtimes.

John Collins added 32 points and 16 rebounds for Atlanta, which began the night with the second-worst record in the Eastern Conference.

Julius Randle finished with 35 points and 18 rebounds for New York, which had its four-game winning streak snapped.

The Knicks, dropping to 17-37, failed to hold an eight-point lead in the first overtime.

Young has scored at least 40 points nine times this season, second-most in the NBA.