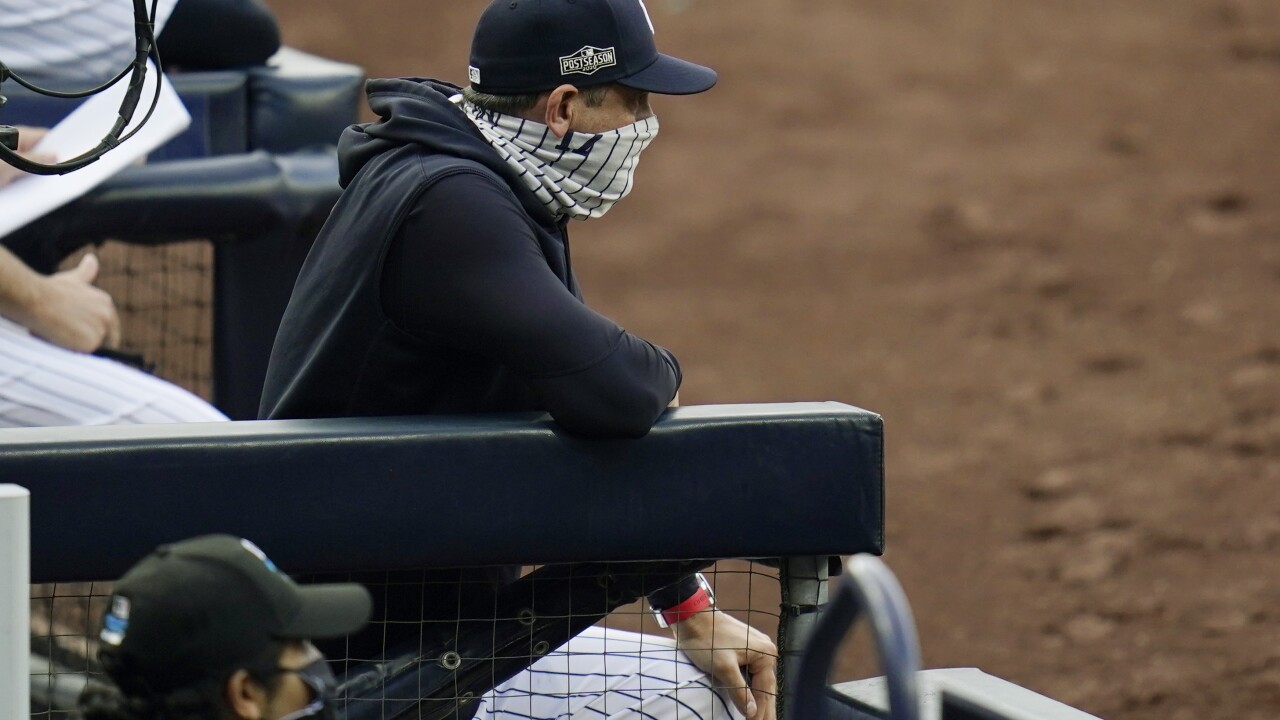 Gregory Bull/AP
New York Yankees manager Aaron Boone wears a mask as he stands in the dugout during the third inning in Game 4 of a baseball American League Division Series against the Tampa Bay Rays, Thursday, Oct. 8, 2020, in San Diego. (AP Photo/Gregory Bull)

THE BRONX — Not much is wrong with the New York Yankees in the view of manager Aaron Boone and general manager Brian Cashman.

While stung by a five-game loss to Tampa Bay in the AL Division Series, the Yankees leadership does not appear to anticipate large-scale changes for 2021.

Catcher Gary Sánchez’s job could be in danger after a third straight down season, but Gleyber Torres’ hold on shortstop is solid despite shaky defense.

Starting pitching will be a focus for improvement.