Yankees come up short again in Game 5 loss to Rays 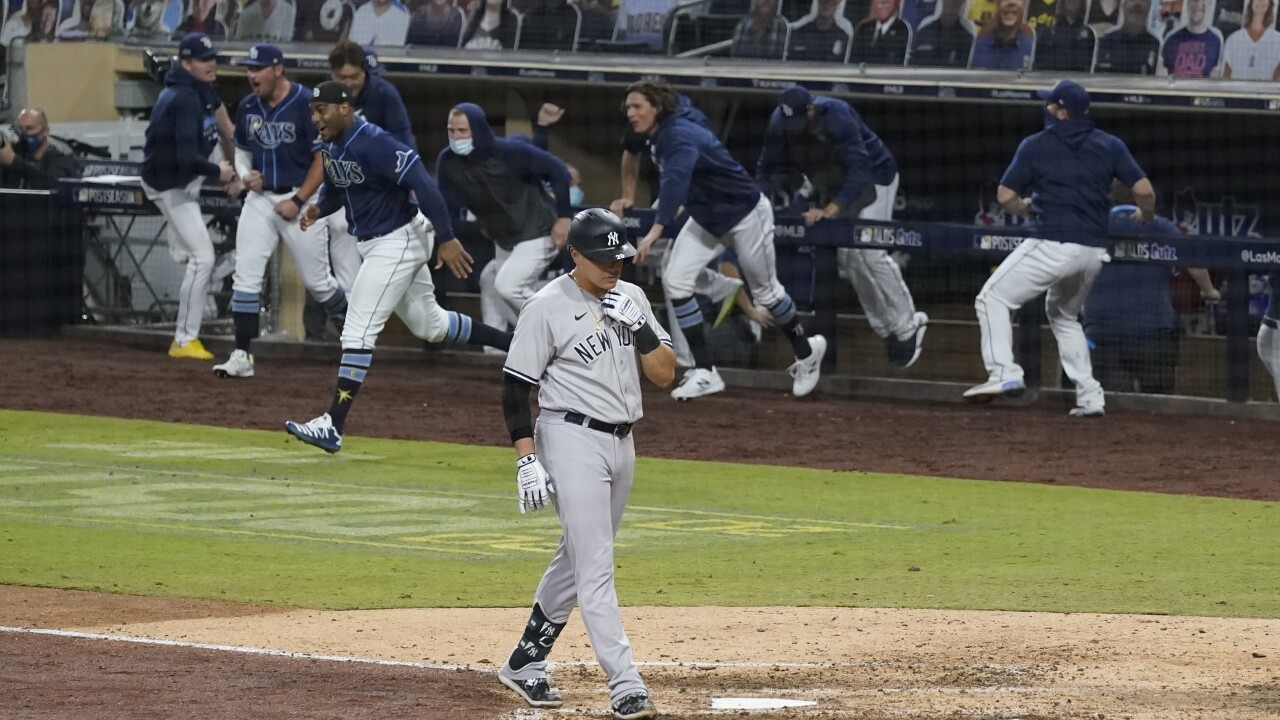 Gregory Bull/AP
New York Yankees' Gio Urshela walks back to the dugout after flying out for the final out in Game 5 of the baseball team's AL Division Series against the Tampa Bay Rays, Friday, Oct. 9, 2020, in San Diego. Tampa Bay won 2-1 to advance. (AP Photo/Gregory Bull)

SAN DIEGO, Calif. — When the New York Yankees needed their star-studded lineup to produce runs in an elimination playoff game, they got three hits.

When they really could have used a special play in the field to save a run, Aaron Judge hit his head on the wall.

And when the Yankees needed their superstar closer to shut down the Tampa Bay Rays, Aroldis Chapman gave up a homer to an undrafted infielder who had never gone yard in a playoff game.

New York’s season came to a crashing end in San Diego with a 2-1 loss in Game 5 of the AL Division Series.