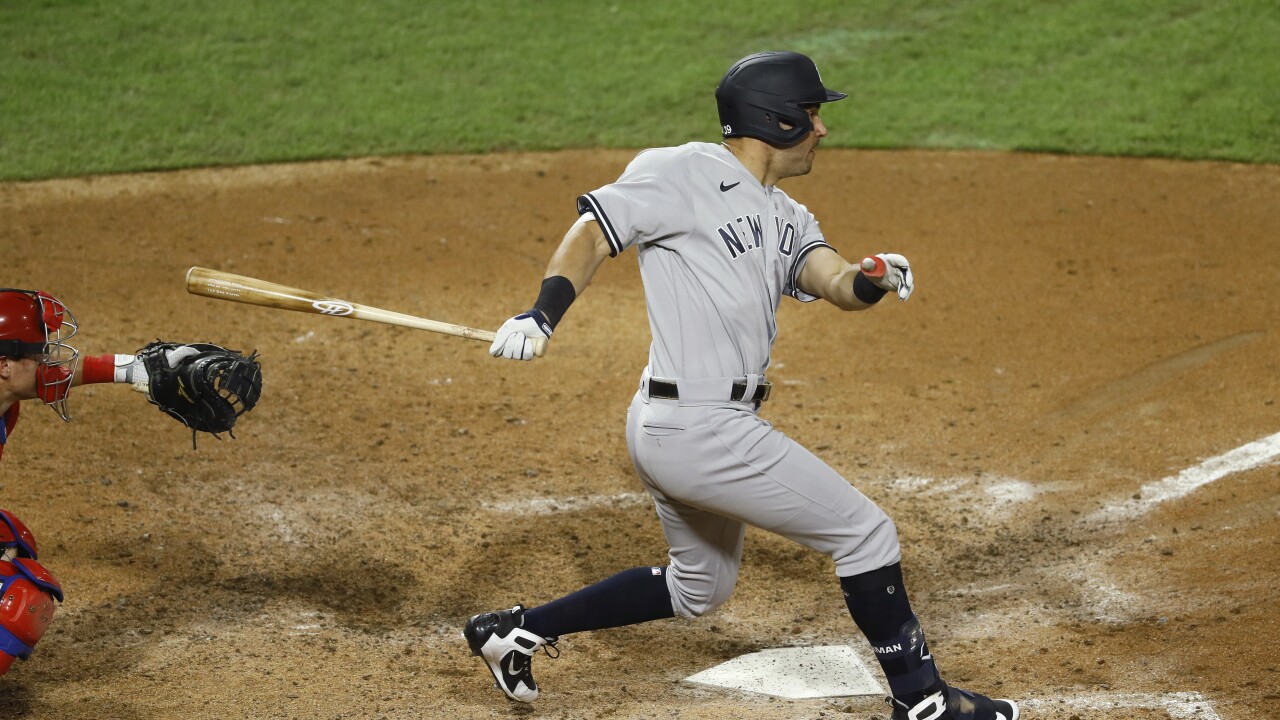 PHILADELPHIA — Mike Tauchman’s tiebreaking double in the seventh inning sent the New York Yankees to a 3-1 victory over the Philadelphia Phillies and a split of their seven-inning doubleheader Wednesday.

Bryce Harper and J.T. Realmuto homered to back Zack Wheeler and lead the “visiting” Phillies to an 11-7 win in the opener, snapping New York’s seven-game winning streak.

Due to a late schedule change, the Yankees were the “home” team for the first game — even in Philadelphia.

Phillies ace Aaron Nola tied a career high with 12 strikeouts in the nightcap, allowing one run on Luke Voit’s homer and three hits in six innings.