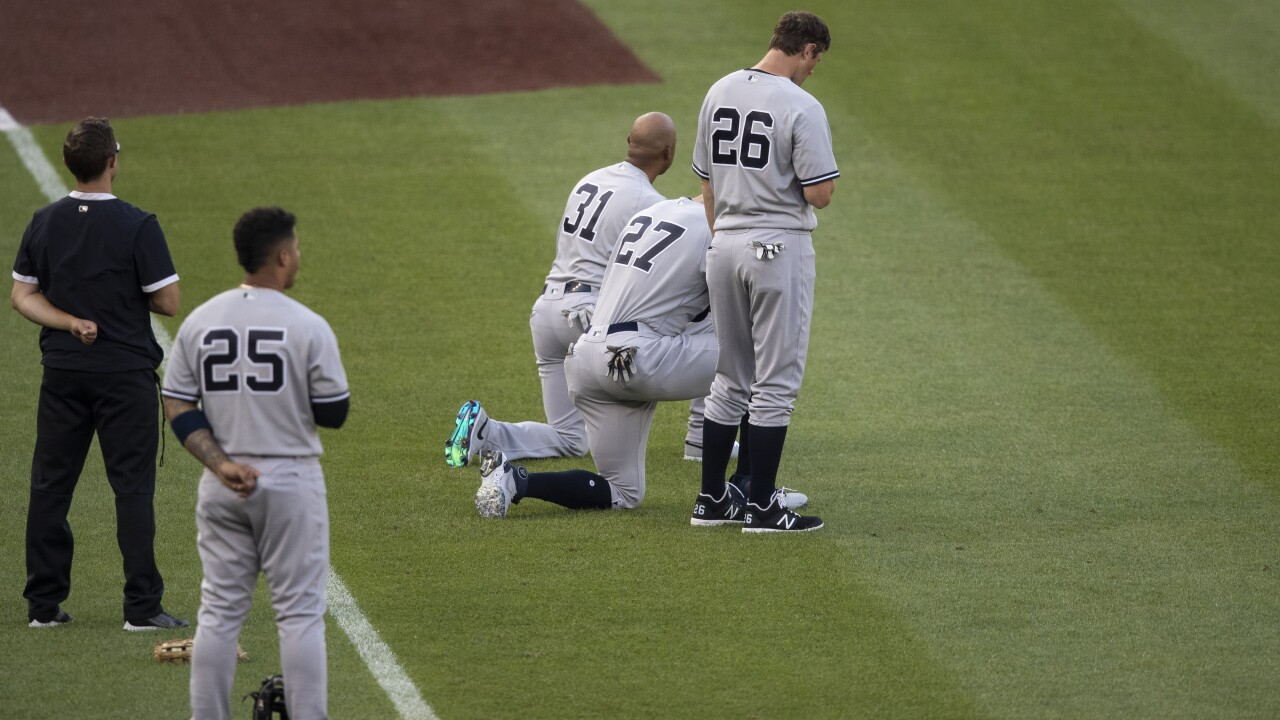 Alex Brandon/AP
New York Yankees' Gleyber Torres (25) and DJ LeMahieu (26) stand as Aaron Hicks (31) and Giancarlo Stanton (27) kneel during the playing of the national anthem before a baseball game against the Washington Nationals at Nationals Park, Saturday, July 25, 2020, in Washington. (AP Photo/Alex Brandon)

WASHINGTON — After the entire team stood together for the Star-Spangled Banner on Thursday night's opener, two New York Yankees became the first players on the team to kneel for the national anthem.

Outfielders Giancarlo Stanton and Aaron Hicks knelt for the playing of the song before Saturday night's second game against the Washington Nationals. Third basemen DJ LeMahieu stood next to them and held on to Stanton's shoulder.

MLB has allowed players to wear "Black Lives Matter" and "United For Change" badges on their uniforms this season. In addition, some teams have allowed the "BLM" to be stenciled in behind the pitcher's mound.

Before Thursday's game, both teams took a knee and a moment of silence, however, both the Yankees and Nationals all stood for the anthem.

The kneeling for the anthem began in the NFL with then-San Francisco 49ers QB Colin Kaepernick. After the racial injustice protests spurred on by the death of George Floyd, athletes in both MLS and MLB have knelt before games in their return to play.

In addition, the entirety of the WNBA's New York Liberty and Seattle Storm left the court during the national anthem in protest earlier Saturday.