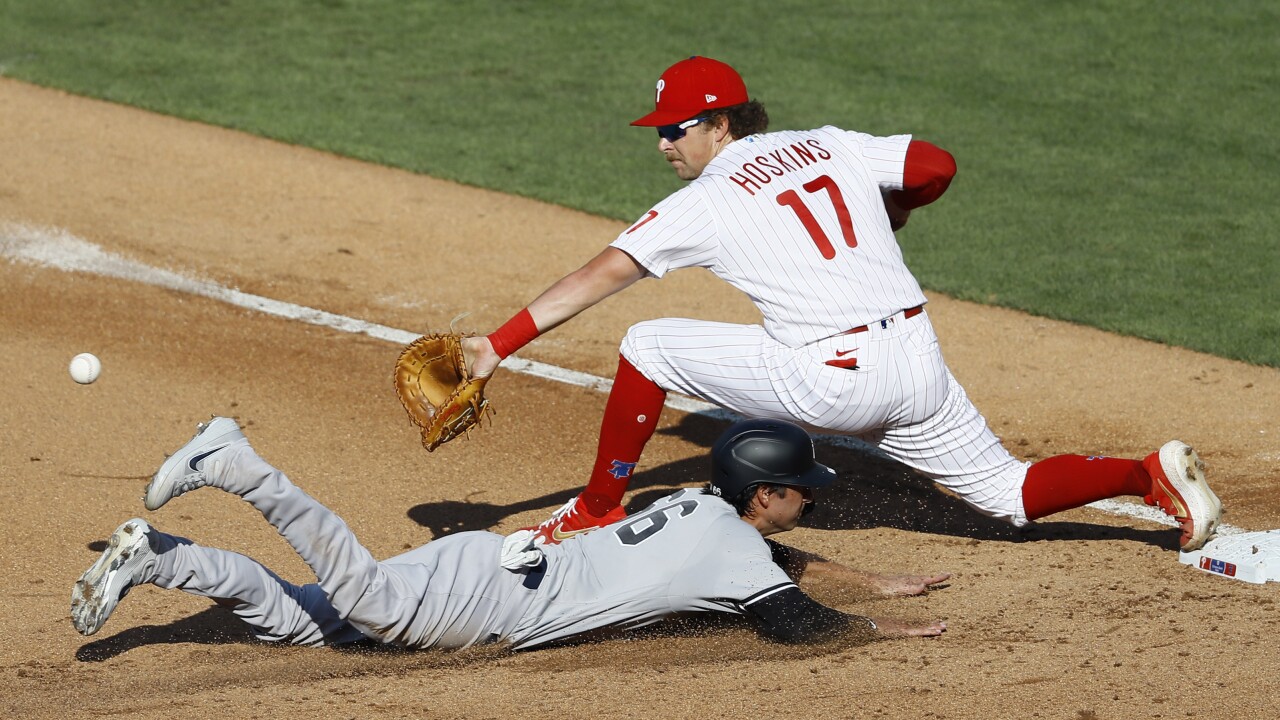 THE BRONX — Bryce Harper and J.T. Realmuto homered to back Zack Wheeler and lead the “visiting” Phillies to an 11-7 victory over the Yankees, snapping New York’s seven-game winning streak in the opener of a seven-inning doubleheader in Philadelphia on Wednesday.

Wheeler allowed two earned runs in six innings in his second start with the Phillies.

Aaron Judge hit his seventh homer in just the 10th game of the season for the Yankees.

New York beat the Phillies 6-3 Monday night in the Bronx but rain postponed Tuesday’s game, forcing the teams to play a home-and-home twinbill in Philly.