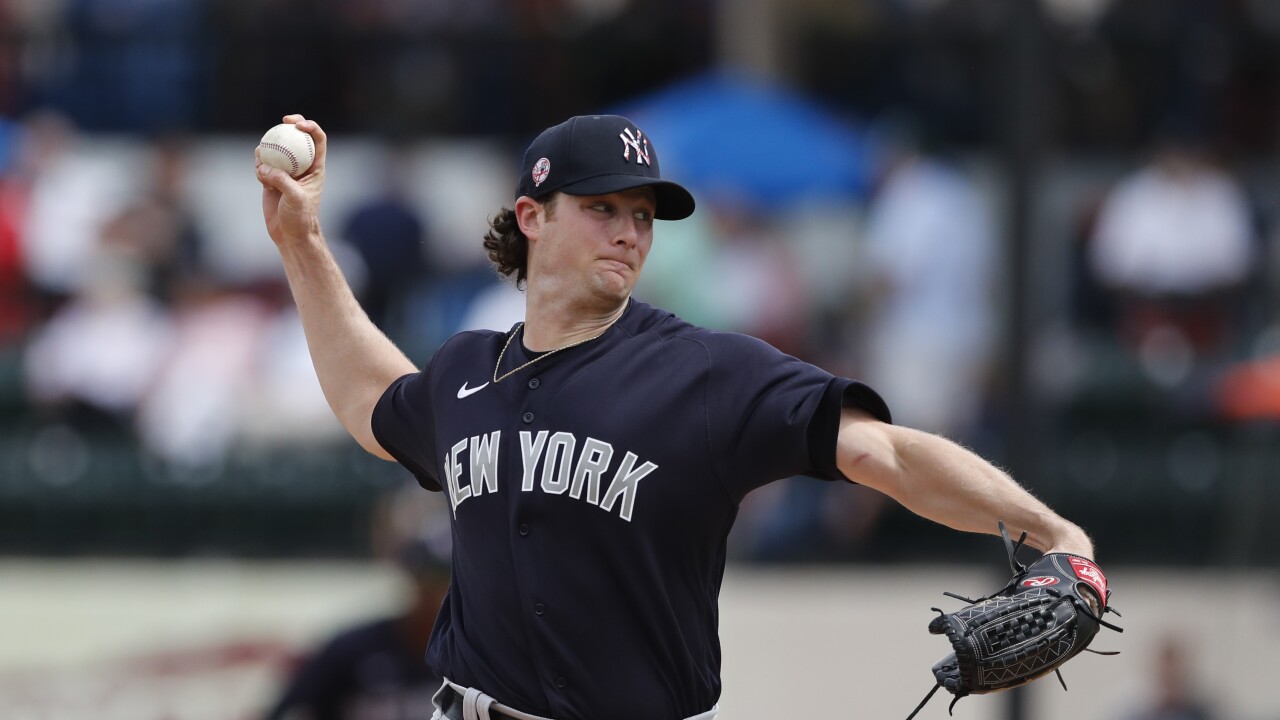 THE BRONX — New Yankees ace Gerrit Cole is busy on and off the field this week.

Cole and his wife, Amy, celebrated the birth of their first child on Tuesday. Cole has been working out at Yankee Stadium.

After a near-miss in the World Series last year with Houston, the All-Star right-hander is hoping to help pitch the Yankees to their first championship since 2009.

He signed to a $324 million, nine-year contract that set a record as the highest for a pitcher. Cole says the delay caused by the pandemic might benefit the Yankees because it allowed many to heal.

The Yankees open on July 23 at Washington.