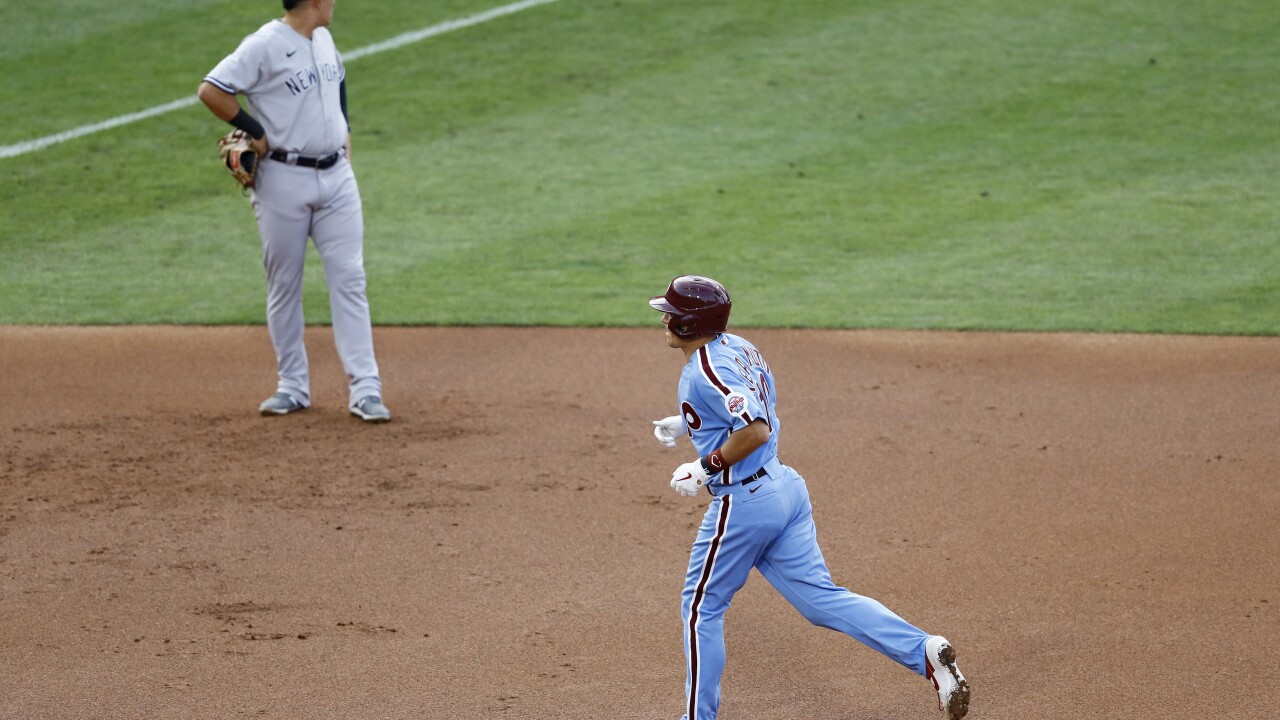 A beleaguered bullpen surrendered two runs the rest of the way on Gary Sanchez’s two-run homer off Nick Pivetta.

Jose Alvarez got two outs in the eighth and Neris recorded the last four.